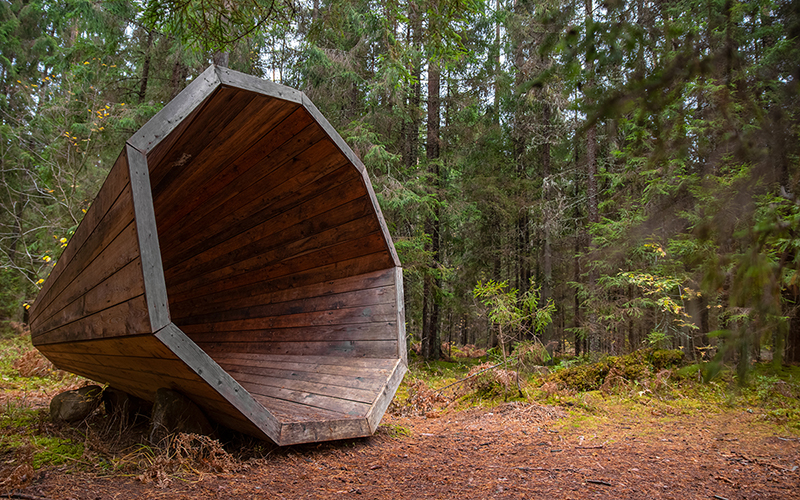 3 climate podcasts not to be missed | Sierra Club

Each of the three seasons of Threshold, a podcast created and reported by Amy Martin, is devoted to an environmental issue. First of all: the American bison. In seven episodes that include the stories of ranchers, environmentalists and tribal leaders, the show explores why hundreds of Yellowstone herds will be slaughtered by the end of the year. “When we brought the bison back, everyone started talking about bison,” says Robbie Magnan of the Fort Peck tribal bison restoration project. “And just like that, our people started to be proud again. And now our community college is even called the Fort Peck Tribes Buffalo Chasers.”

The following seasons take listeners on a circumpolar journey to learn about the effects of climate change in the Arctic and in Alaska to hear about the threat of oil development. These are well-known environmental issues, but what sets this podcast apart is its skillful storytelling. The show is immersive, exposing listeners to the lives and perspectives of communities directly affected, those of Indigenous peoples in particular – the Iñupiat and Gwich’in in Alaska, the Sami in Arctic Scandinavia, and the Native American tribes of the Great Plains. The podcast is careful not to portray those affected as a monolith, but rather as separate communities with their own concerns, histories and cultures.

ThresholdThe field report from is ambitious, taking listeners from the Inuit rocker recording studio to the far reaches of the Arctic National Wildlife Refuge. Magnificent soundscapes and scores help transport us to these remote landscapes, as at the opening of the second season, when the crunch of footsteps and slow atmospheric synths underline Martin’s awe-inspiring description of the 3,000-foot peaks. on the Greenland ice cap. “The Manhattan skyline, but ice,” she said.

Mike Osborne and co-creator Miles Traer launched the podcast Anthropocene Generation nine years ago, when they were graduate students at Stanford University with former producer Leslie Chang. The trio artfully combine science and emotion in episodes that make the abstract and potentially sterile topic of anthropogenic climate change more relevant. In long-running interviews, the show explores topics as diverse as extremophiles (microorganisms that can survive in very inhospitable conditions), geoengineering and mountaineering. A Game Of Thrones–The thematic episode covers the geology of Westeros. The show also touches on audio topics like the changing soundscape of the ocean and includes a playful piece about the carbon footprint of superheroes (they found out that Batman, with all his crime-fighting vehicles and gadgets , is responsible for 125 times more carbon than the average American).

In a recent episode, Osborne (who now produces the solo show) and environmental journalist David Roberts discuss the concept of shifting baselines and the human tendency to get used to a diminished world. Roberts’ grim assessment: “Time and space scales are never going to align in such a way that this problem [climate change] takes us to the stomach. . . . We’re going to have to solve it on the basis of intellect. Pretty heavy stuff, but Osborne brings unassuming curiosity to the interview, dropping a lot of swearing and talking about his feelings as a father of young children. “My kids are in a hotter world, but I don’t want to tell them it’s all fucked up,” he says.

Now in its 10th season, the series is set to evolve again with a batch of young producers. “As a recovering academic I’m pretty good at science, and I’m also good enough at pointing people to the experts,” Osborne said. “But I need young voices to help me understand what is really important and what they care about.”

Outside in Host Sam Evans-Brown is the charismatic, nature-loving and slightly dweeby friend you never knew you were missing. Case in point: An episode about invasive species begins with one of his favorite scenes in The simpsons, in which Bart accidentally introduces a pair of Bolivian arboreal lizards to the town of Springfield.

The slogan “A Show About The Natural World and How We Use It” eschews purist notions of pristine and wilderness, signaling a purpose to help listeners better understand how humans interact, shape and impact the world. Like genius Radiolab and 99% invisible, which animate the potentially arid themes of science and architecture, Outside in energizes environmental coverage with unexpected and creative storytelling.

Evans-Brown and his team are nimble in the way they deal with the severity of climate change and sustainability, with a sincere but never naive tone. The bimonthly podcast takes a look at the racialized history of swimming (the episode opens with a laughing baby and a turkey pear in a tub) and delves deep into how the net measure works. A recent episode uses contemporary astrology to explore queerness, sending a producer to get a birth card consultation and check out a queer dating app.

This article appeared in the fall quarterly edition with the title “Listen Up.