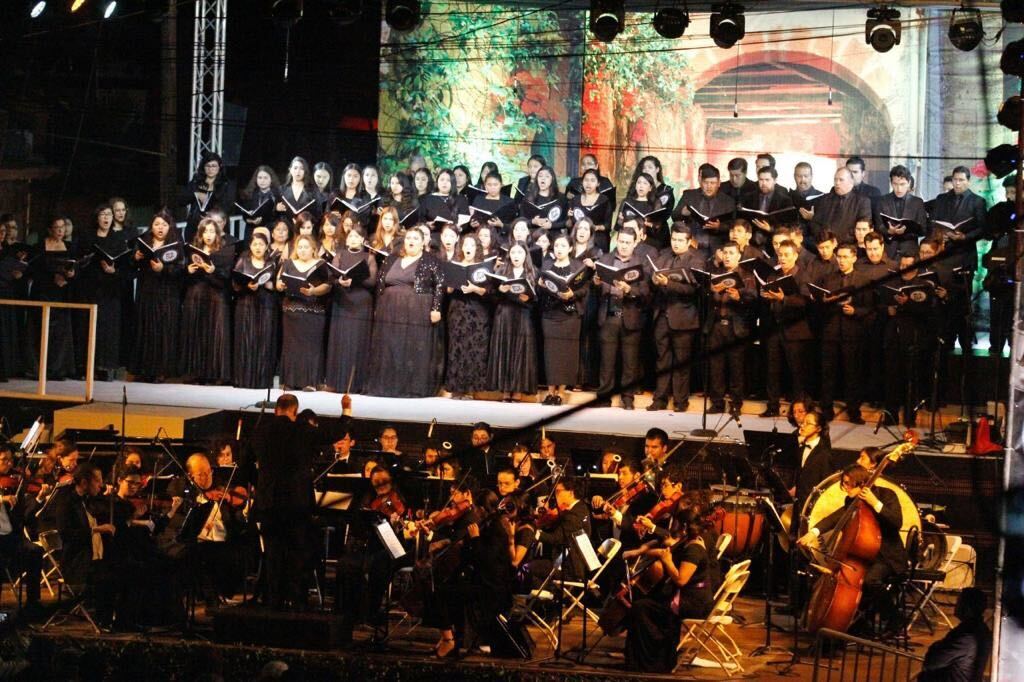 After a two-year hiatus, Tijuana’s art scene is alive again

Inside the Tijuana family paper mill, Jaime Romero eagerly awaits the choirs and tunes echoing through his hillside neighborhood near the US border. The Opera en la Calle de Tijuana festival returns to Colonia Libertad on Saturday after a two-year absence, and thousands of people are expected.

The city’s arts scene is enjoying a resurgence this summer as COVID-19 restrictions ease, attracting musicians and artists, and audiences eager to reconnect. This weekend, the party will take place a few blocks from the port of entry of San Ysidro in one of the oldest neighborhoods in the city.

Opera is the festival plato fuerte, or centrepiece, with Ruggero Leoncavallo’s 19th century opera “Pagliacci” as its final performance. But it promises to be an eclectic event, with a program which includes Jewish klezmer music, Ukrainian melodies, Spanish zarzuela pieces, and selections from Andrew Lloyd Weber’s musical “Phantom of the Opera.”

Opera de Tijuana, a small nonprofit, first held the festival in this working-class neighborhood in 2003. But over the past two summers, concerns about the spread of COVID-19 have forced organizers to go online. Now with Baja California’s “green light” for such public gatherings, the festival is back on the streets, part of the reopening of Tijuana’s cultural scene, with concerts, art exhibits, festivals and other returning offers.

There is no charge to attend Opera en la Calle, and organizers say their aim is to attract a diverse crowd – from opera lovers to those listening for the first time. “The idea is to take opera out of the theatre, to bring it to the streets, to the neighborhood, to make it accessible”, Maria Teresa Rique, general manager of Tijuana Operatold me in a recent interview at the group’s offices in Colonia Davila.

Rique is a former high school English teacher who has spent more than two decades doggedly promoting opera in Tijuana — through classes, concerts, and other events. She works closely with artistic director Jose Medina, a seasoned opera performer, with the support of a small group of opera lovers and dozens of volunteers.

“It’s not just an activity that takes place on a weekend of the year,” said Pedro Ochoa, former director of the Tijuana Cultural Center, and now director of Pop Art Gallery, a small gallery in downtown Tijuana. “They have many projects and programs throughout the year and that’s what I think is important. Opera en la Calle is both the culmination and launch of other endeavors – events, courses, workshops, and these are rewarding.

The festival hasn’t skipped a year since its inception, despite uncertain funding — and since 2018, the withdrawal of federal aid under President Andrés Manuel López Obrador. This year, the municipal government is the main funder, contributing 800,000 pesos (about $38,500), almost half of the festival budget of $78,000.

Opera en la Calle helped inspire FestiArte, a bi-annual art fair launched in 2007 that showcases painters, photographers, sculptors and other visual artists. Cesar Borja, founder and director of FestiArte, remembers how he was struck by the sight of street vendors listening to opera.

“They stopped selling so they could listen,” Borja said. “These humble people, listening to opera songs – it motivated me to also create a cultural event.”

Like Opera en la Calle and other independent artistic initiatives, FestiArte struggles to obtain funding. It was completely closed in 2020 and 2021 due to regulations to contain the spread of covid, leaving many local artists without a place to show and sell their work. But earlier this month, FestiArte was back for three days outdoors in the Rio de Tijuana area, outside the cultural center.

In Colonia Libertad, residents are bracing for this weekend’s crowds. Some will set up food stalls, while others will rent parking spaces. At Papeleria Florencia, Jaime Romero expects to sell a few more drinks and snacks. But above all, he just wants to listen to opera.

“It’s something we don’t hear every day, and we have to take advantage of it,” he said. “We missed it. After so long inside, we have to come out.

The festival takes place from 1pm to midnight in Calle Quinta at the corner of Avenida Aquiles Serdan in Colonia Libertad. Music starts at 3 p.m.

A US congressman and California state senator have raised concerns about a US government plan to replace existing international border barriers with the Pacific Ocean – and potentially shut down access at Friendship Parkfor years a space where groups have gathered to play music, worship, practice yoga or just for the chance to see family members across the international border.

U.S. Representative Juan Vargas said in a letter sent to US Homeland Security Secretary Alejandro Mayorkas on Friday: “I strongly urge you to cease all border clearance projects at Friendship Park.” The congressman said the project “would have a significant impact on safety, life and the environment.”

State Senator Ben Hueso on Friday issued a press release who called on DHS to pause “its plan and work with community organizations, like Friends of Friendship Park, to find a solution that preserves Friendship Park and the vision it sought to create over 50 years ago.”

Friends of Friendship Park is a coalition of volunteers who, for years, advocated for better public access. Members have been protesting since learning considering replacing the fence earlier this month during a meeting with the US Border Patrol. They say the US government is preparing to raise two 30-foot-tall “bollard-style” walls that would eliminate an existing pedestrian gate that has allowed gatherings.

Border Patrol said the project was needed to replace damaged barriers, but the agency has not publicly provided details of the replacement fence. A spokesperson for the agency told the Union-Tribune last week: “In the near future, we should have more information regarding the replacement of the doors.”

US authorities can want to extradite a suspected drug trafficker known by the nickname “Tolin Infante,” Baja California law enforcement said Saturday. Described as a member of the Sinaloa Cartel, he is identified in news reports by various names, including Luis Edgar Herrera and Luis Hector Herrera. He is being held in Mexico for possession of firearms and is currently under investigation in the United States for drug trafficking, authorities said. “Tolin Infanta” survived an attack on July 2 near a busy shopping center in Rosarito Beach, but his bodyguard was killed and his five-year-old son injured. He was arrested while driving his son to a local hospital. The US State Department referenced the incident in a July 4 report. “security alert” which cited “the potential for clashes between criminal organizations and Mexican security forces in Tijuana and Rosarito, Baja California.” (Zeta, Punto Norte, US State Department)