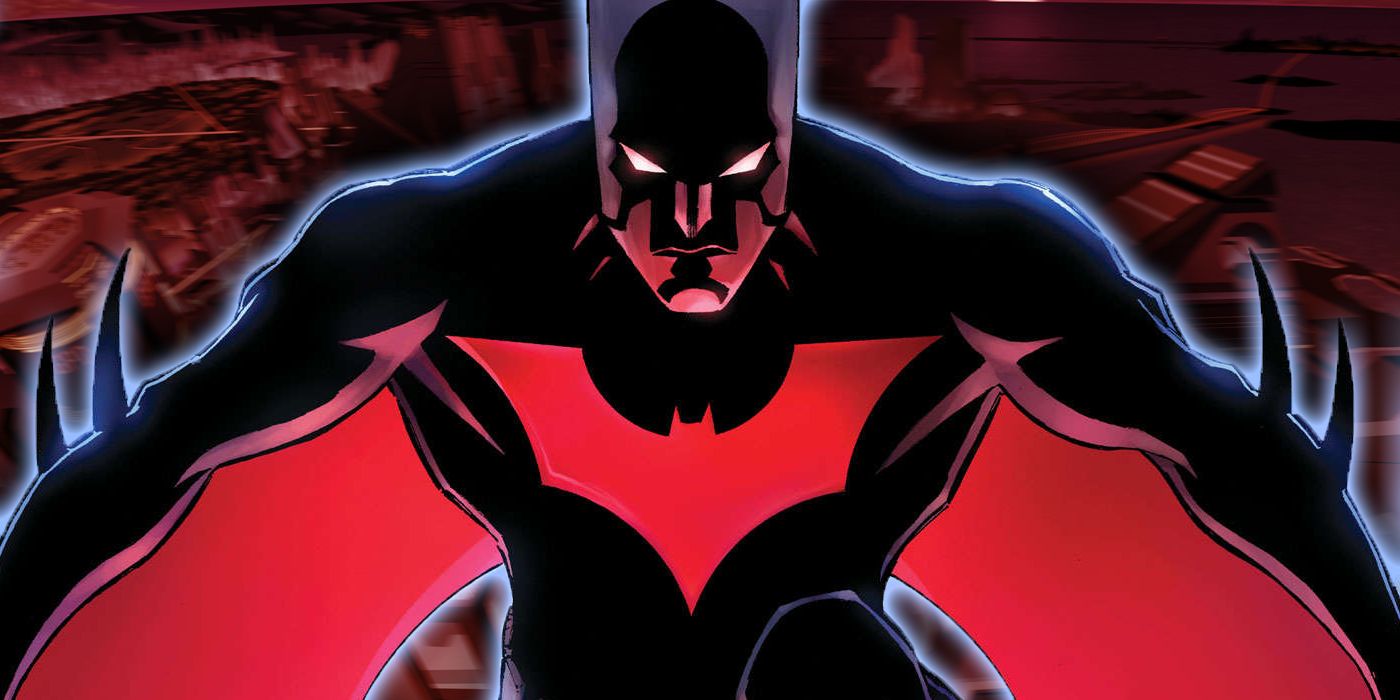 As DC’s Batman Beyond, Terry McGinnis has very different powers and abilities from those possessed by Bruce Wayne’s Batman.

As Batman Beyond, Bruce Wayne’s successor isn’t just another futuristic take on Batman, he’s one of the most capable versions of the Dark Knight the DC Universe has ever seen. Approved by Wayne himself, Terry McGinnis brought his own style and strategy to the mantle which helped separate him from his mentor in many ways.

Ahead of the start of his next comic book series, we take a closer look at Batman Beyond’s tenure as the Dark Knight of Neo-Gotham through Terry’s more unusual powers, feats, and abilities.

RELATED: Nightwing: What Happened To Dick Grayson In Batman Beyond?

The Batman Beyond Suit has superhuman qualities

The Beyond costume was originally constructed by Bruce Wayne during the later years of his Batman career. As Wayne’s age began to catch up, it became necessary to add improvements to his Batsuit in order to effectively continue his war on crime. These upgrades came in the form of a costume that acts like a cybernetic exoskeleton. Expecting the day to come when he could no longer operate as Batman, Wayne designed the costume to be a direct extension of the knowledge and abilities he had acquired over the years as Caped Crusader of Gotham City.

The suit used neuromuscular amplification to give its wearer super strength, speed and reflexes as well as enhanced senses, allowing Batman Beyond to see and hear through walls. The suit is also equipped with a camouflage device, allowing the future dark knight to blend effortlessly into the shadows. Additionally, the suit grants its wearer full flight capabilities, auto-generating weapons such as laser blasters, and a huge array of Batarangs. These upgrades allowed even rookie Terry McGinnis to function as a capable protector of Gotham City.

Even in his old age, Bruce Wayne continued to produce different versions of the costume. He designed a prototype called the X7 which he retired after just one case. The suit used an artificial intelligence system that was only directed to succeed at all costs. This combination had the unique ability to neutralize the wearer’s pain receptors, allowing them to take more damage than usual. Bruce used this costume to take out a group of Venom using savages called the Banes. After Bruce killed almost all of them in battle, he decided the costume was too dangerous and took it off.

During Damian Wayne’s short stint as Batman Beyond, he pulled the prototype X7 to his father’s dismay, using the costume to brutally send an entire League of Shadows squad before he vanished. Terry was unaware of the history of Prototype X7 when he found it in the Batcave vault, and he eventually donned the costume to deal with another League of Shadows resurgence, this once directed by Damian Wayne.

Terry was able to run the league effectively using the X7, but didn’t have the same luck against Damian. Young Wayne would have defeated Terry if the costume’s vicious AI hadn’t been taken care of. As the X7’s AI prepares to deliver a killing blow, Terry manages to regain control of the suit. This turned out to be the last time the X7 suit was used.

Blight is one of Batman Beyond’s most famous recurring villains. This character met his demise in the cartoon but was resurrected in the Batman beyond comic series. Blight and his love Constance kidnapped Terry while suffering from amnesia after being exposed to the villain’s False Face cancellation technology.

Blight had planned to transfer his spirit to Terry’s body because the radiation inside his body was killing him. Prior to becoming Blight, Derek Powers was a corrupt corporate figurehead who ordered Terry’s father to be hit. By seizing Terry’s body, Powers intended to end the entire McGinnis line. Fortunately, the future Batman regained his memories in the process, and Dick Grayson’s daughter Elainna (who in the future operates as Batwoman) was able to help Batman Beyond defeat Blight and prevent Terry’s spirit. to be permanently destroyed.

RELATED: What Happened to Damian Wayne in Batman Beyond?

DC’s “Future’s End” era featured a future timeline in which Terry McGinnis is killed by Brother Eye and Tim Drake assumes the heroic role. Drake’s run as Batman Beyond ended with the revelation that McGinnis never died, but was under the control of the villainous Spellbinder, who made him pose as the criminal Rewire.

After defeating Spellbinder, Drake returned the futuristic costume to Terry, who then reprized his role as the Dark Knight from the future. This story set up the most recent title run that ended with Batman beyond # 50.

Batman Beyond has a father-son relationship with Bruce Wayne

Terry’s father-son relationship with Bruce Wayne is possibly the most defining aspect of his career as the Batman of the Future. Terry’s relationship with Bruce went beyond mere mentoring and is a reminder of the bond Wayne shares with former Robins Dick Grayson and his son Damian. And as revealed by Unlimited Justice League episode, â€œEpilogue,â€ Terry is the genetic son of Bruce Wayne, thanks to Amanda Waller’s tinkering to make sure the world would always have a Batman.

Although Terry and Bruce weren’t aware of their bond for many years, Terry returned Bruce’s trust more often than not, although at times he used tactics that went beyond the approval from Wayne. Still, the new Batman’s confidence and aptitude for the role created a bond with Bruce Wayne unlike any who came before him.

Jonathan Olsen-Koziol has trained for this his whole life. From a young age, he consumed and studied comics, movies, video games and pop culture. Now he can impart a lifetime of passion and knowledge to people! If his writings find you; I hope you come away educated on an obscure or well entertained comic book subject. Jon graduated from Central Washington University with a BA in Digital Journalism and has been writing professionally for over four years.