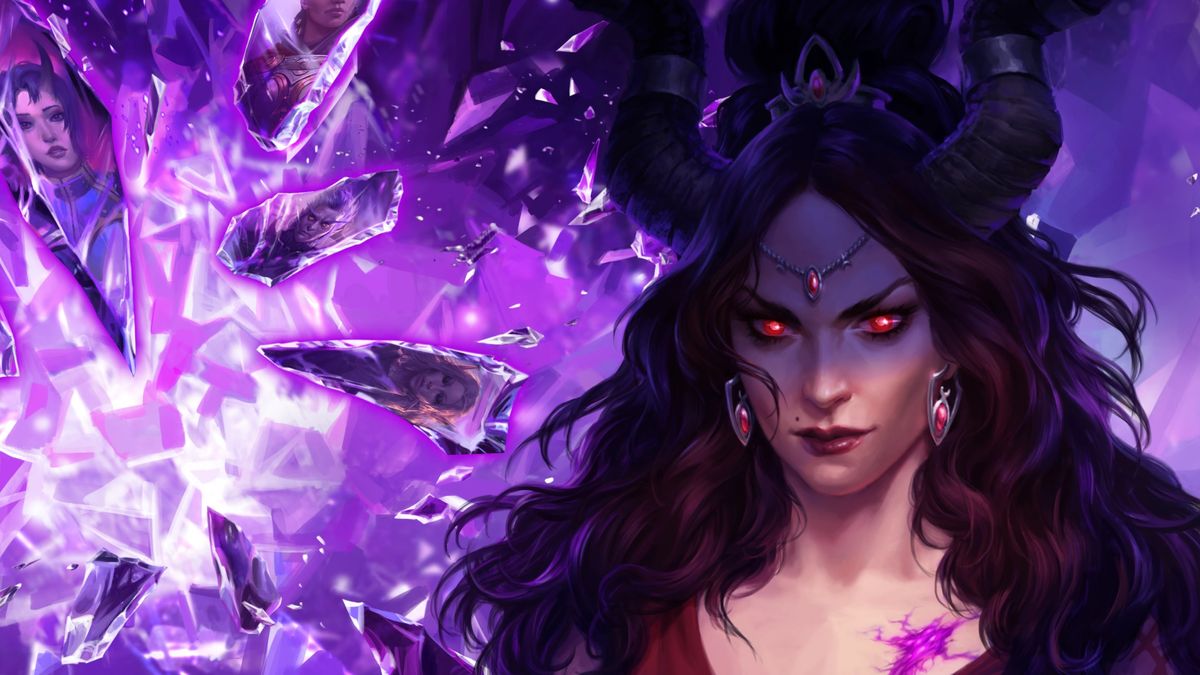 Being mean sucks in Pathfinder: Wrath of the Righteous

I tend to play bad guys in RPGs. At least on my first run, and if I didn’t decide to go crazy Chaotic Neutral. It means that I open myself up to a lot of disappointment. For every KOTOR or Tyranny, with their nuanced approaches that manage to strike a balance between darkly entertaining and properly menacing, there are countless Fallout 4s, where allowing yourself to be a bastard is an afterthought at best. With Pathfinder: Wrath of the Righteous, an RPG that allows you to become a lich or a demon, I had very high hopes. They were completely wiped out.

The main obstacle Pathfinder puts in the way of potential monsters is one shared by too many RPGs: you are a chosen one, a hero everyone seems to trust, and whatever you do, you will always have that reputation as one. Saviour. This immediately creates dissonance, allowing you to act like a complete asshole with only half-hearted recognition. Did you just murder a bunch of innocent people in front of your nice paladin? At best, you’ll get a critical commentary, but then it’s all about saving the world.

Now, this is a vast RPG that I only played for 30 hours, so maybe the consequences of my actions will come back to haunt me, but that possibility is hardly a balm. I don’t want to have to wait 100 hours for the game to recognize how I play the role of my obviously horrible necromancer.

I could probably take the lack of responsiveness a bit more if the dialogue options for the evil characters were truly engaging, but Pathfinder has one of the most awkward alignment-based scriptures I’ve seen in ages. Even though it uses an arbitrary D&D style alignment system, it still leaves the door open for certain nuances. There’s a huge divide between, say, Lawful Evil and Chaotic Evil, and on the surface that seems to be mirrored, with Pathfinder letting you play the role of someone very committed to the law who is still extremely evil. The problem is, none of these traits ever blend into what looks like an entire person. Instead, it’s totally inconsistent, causing you to act like a kicker one minute, then an uncontrollable, rampaging murderer the next.

See, you don’t have the Lawful Evil dialogue choices. You get legitimate choices. And then you get bad choices. At any given time, you can only embody one aspect of your alignment, and often these choices are totally at odds with each other. And the options are often exaggerated to the extreme. There are so many things that being lawful can mean, but Pathfinder gets rid of all the subtlety and can only really imagine a lawful type of character, an evil type of character, and none of them are character I want to play.

Of all, however, evil gets the end of the stick. At least a legitimate character reacts differently depending on the situation, even if they still stick to their love of rules and traditions. For the most part, bad choices do not deviate from the classic “kill everyone”. I have taken a few examples, among many others, which you can see below.

In only one of these examples, this choice makes any sense. This is the one where you can murder a man for his keys. But you can also kill him the moment he shows up, before you know he’s wearing something you want. That’s the evil solution to just about any problem: kill. And there is never any additional context. You just decide you don’t like them, so you murder them, right in front of your paladin buddy.

This state of affairs is particularly frustrating because developer Owlcat has chosen to make these options so superficial. It has nothing to do with the ability of its writers, as I know they can write dialogue that captures a character’s alignment pretty well. It is evident in every companion. I have a Lawful Evil gnome in my party right now, and almost every conversation we have manages to express its nature. It was clear what his roster was even before I recruited him. But it’s impossible for me to play my character that way.

I desperately want to become a Lich and command a party full of undead companions, but I’m also considering wrapping up this adventure and casting a good or neutral character. It at least shows how much I want to keep playing. While it degenerates into a crushed generic fantasy at times, it is a big improvement over its predecessor, Pathfinder: Kingmaker, and it manages to deliver ambitious ideas where other great RPGs have failed. Like Dragon Age: Inquisition, you’ll end up being in charge of an army, but here you get more than a castle and a meaningless title. You can recruit units, send them into battle, and manage your burgeoning forces. The decision to include a turn-based mode in addition to the real-time mode with pause is also welcome.

But the good songs, of which there are many, are never as satisfying as they could be, because I’m stuck playing a character that I hate. And that’s such a traditional RPG archetype: a cunning necromancer. I’m not asking to play a complex tragic character with more layers than an onion; I don’t want to kill everyone I meet. Of course, I can choose not to select the options where I murder strangers for no reason, but these are the only times I can build on my character’s identity. It’s murder or a blank slate. These are my options.

While Pathfinder’s approach to evil is particularly glaring, it’s a common issue in choice-laden RPGs. Most don’t expect you to kill everyone, but you’re almost always a rude, brutal asshole. It makes a little more sense than allowing the hero to become a serial killer, but it’s still weird to be the savior of the world when you act like a school bully.

It’s infuriating that RPGs still grapple with this, as it’s not something they inherited from tabletop role-playing, which frequently subverts heroic quests, and there are solutions already out there. It’s worth noting that the RPGs that are successful in making a villain’s game appealing are the ones that don’t immediately try to paint you as a hero. In KOTOR you are an unwitting pawn of the Jedi, in KOTOR 2 you are an exile, and in Tyranny you are a middle manager in an authoritarian empire. Settings provide more natural flexibility and don’t try to lock you into a predefined role.

Or there’s Mass Effect, which completely removes the paradigm of good and bad. Of course, there is a lot of correlation between the Paragon / Renegade system and the D&D Alignment Wheel, but there is so much more gray and, most importantly, context. Make the Rachni Queen decision in the original Mass Effect: you can choose whether or not to kill a creature and doom its species to extinction. Visibly bad. Except this creature is also an illegal science experiment, and the last time the rachni appeared they almost wiped out everyone, inspiring the wageans to use the krogans to defeat them, who in turn rebelled and caused even more death and destruction. With that in mind, the decision becomes more complex.

Tyranny provides some of the best examples of evil in an RPG context, which makes sense, as it’s one of the few RPGs where you don’t categorically play as a goodie. To be clear, however, it’s perfectly possible, and just as compelling, to rebel against your bossy boss. You can be good at tyranny and it’s always great. But what it really nails is the decision-making process. If you meet a dying man, there may only be a few results: you bring him out of his misery or you let him die. But Tyranny then tries to factor in why you choose to do this. It is not necessarily the results that are good or bad, but the reasoning behind them. So, your options are endless, giving you the opportunity to really think about what you’re doing and flesh out your character accordingly.

Interesting choices are the key to good character or a good alignment system. I don’t want to play an evil character because I just want to kill everyone, or because I want to be an asshole, or even because it’s good to be mean. This is because I want to create friction and tension within my party, or be surprised at where my journey takes me. In KOTOR 2, I was able to turn almost everyone on my team into dark side villains through subtle manipulations and puppetry, with a little help from the Force. It took time, investment and a lot of long, philosophical and sometimes heated discussions. I won my team of monsters.

Pathfinder: Wrath of the Righteous is full of interesting choices, but they’re mostly mechanical. What capacities to choose. What a mythical path to start descending. Do you want to be a dragon? An angel? And sometimes those decisions cut across the story, but usually only with a little nod – a reference here, a comment there. There is, of course, BIG DECISIONS which are well marked, which offer the most dramatic role-playing possibilities, but it is difficult to build a character’s personality based on a few key events.

So if you’re playing with Pathfinder and want to create an evil bastard, just make sure you’re ok with the same old boring options. However, I would advise you not to make my mistake and go for a more traditional hero instead. The alignment choices will always seem arbitrary and not particularly consistent, but they are much less shocking than the alternative.