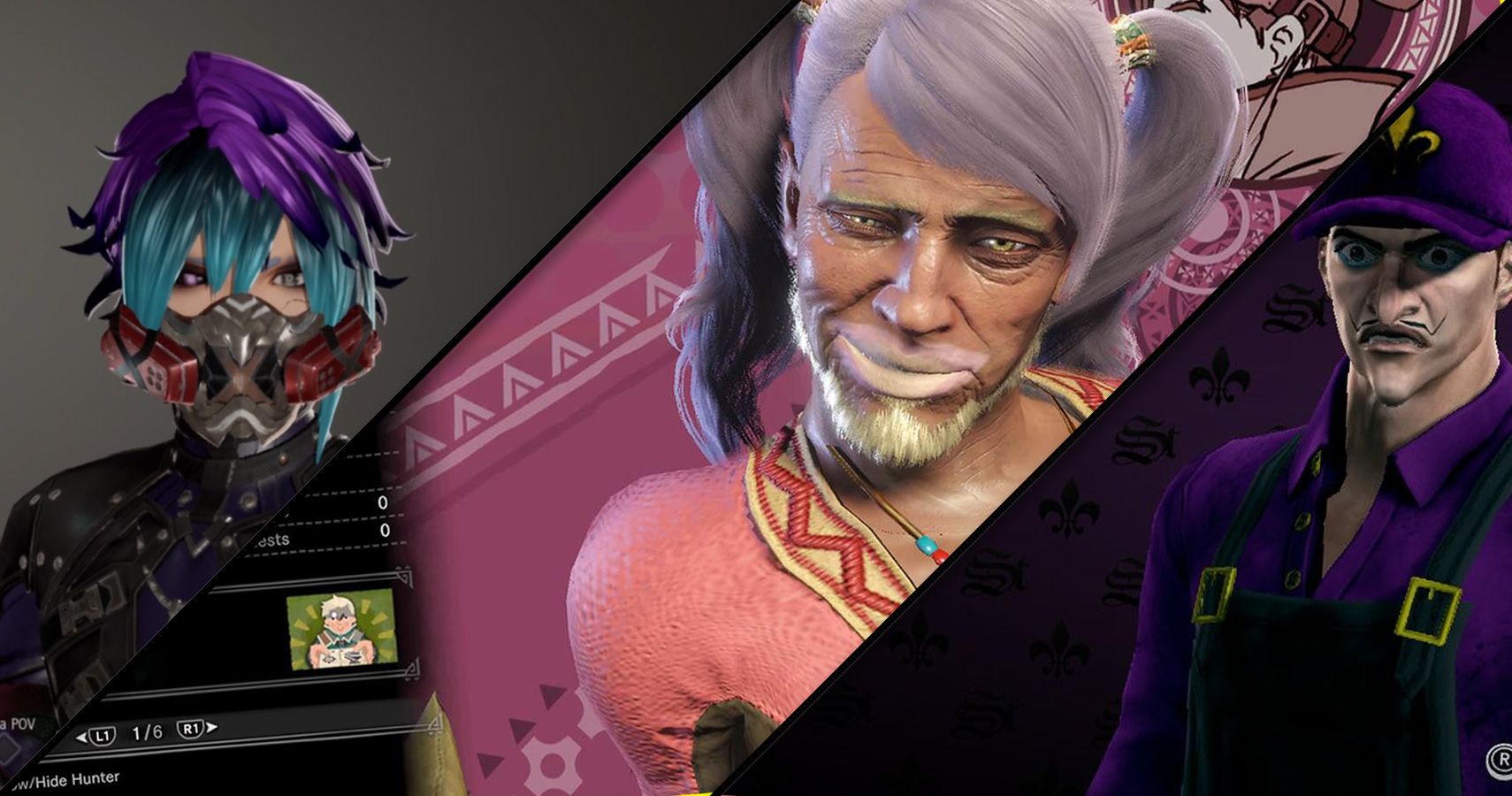 Many gamers assume that character creators in video games should be easy to create, but that’s not the case. Developers have to worry about the thousands of potential clipping issues, what exactly to give players and what to lock, or how to fine-tune each option so it doesn’t conflict with all other choices.

RELATED: Ranking The 10 Best Witcher Characters Of All Time

It’s a really hard thing to do, and it’s even more impressive when it’s done well. There have been games that promised more advanced character creators than they could actually handle, like Demon’s Souls (although the remaster is pretty awesome) or Cyberpunk. Then there were games that managed to completely pass on their first try, like Dragon’s Dogma. And, as far as the past decade goes, here are the best character designers that gamers seem to love.

Speaking of Dragon’s Dogma, here it is! There are many character designers in video games, thousands in fact. Yet, for some reason, a very common trend with most of these character generators is that players cannot alter their character’s physique. But Dragon’s Dogma is different. Not only is this a game where players design two different characters (the protagonist and their “Pawn”), but it’s also just an incredibly well-done character creator. Players can make their character short, tall, buff, overweight and all in. Frankly, the only downside is how low quality the textures are.

The Monster Hunter World character designer in 2017 really took everyone by surprise. This is a series of games where the player character spends most of their time completely with their face completely covered by a helmet made from a dragon’s fingernail or something. Still, MHW has an incredibly in-depth character creator that has tons of options for every facial feature, no gender-related aspects (apart from the armor itself), and a ton of quality-of-life features like players being able to see their creation in different types of lighting. Additionally, this game actually doubles as character creators, given that players can also customize the look of their Palico. However, it remains to be seen what the character designer will look like in Monster Hunter Rise, although fans have high expectations.

Disco Elysium is an incredibly unique game, both in its hilarious storytelling and its deceptively intelligent characters. Although Harry’s character designer doesn’t let players change his appearance, the sheer amount of variables they can change with the archetype and skill system is enough to keep this game still making the list. Depending on how players set up Harry, this washed-up cop can spend all day talking to inanimate objects, licking booze off tables, or threatening everyone he comes across. It’s a rare example of a game where players don’t just pick traits that are “good” or “bad,” but rather, they build their version of Harry from scratch. And, since it’s been revealed that Disco Elysium will be getting new content and a PS5 release, now is the time to keep that game in mind.

Black Desert Online is pretty much considered by the entire gaming community to be the pinnacle title for character creation. Frankly, there are tons of people in the creative industry who directly use this game’s character creator to help them create new characters, it’s also in-depth.

RELATED: 10 MMOs To Play If You Like Black Desert Online

Players can adjust the shine of their hair, the quality of their skin, and they can even make adjustments to tiny parts of the face. It’s incredibly complex, and there’s really nothing else like it.

It’s one thing for a character designer to be mediocre or mediocre in a single-player game. Corn. in MMORPGs, a bad character designer is unforgivable. It’s simply because no one wants to meet another player who has designed their character exactly the same way as them. Fortunately, Guild Wars 2 has a lot of unique aspects for players to choose from. In particular, the races in Guild Wars are creative and are all very different from each other. this creator has a ton of individual sliders for facial features, tons of presets, and even some visual aspects exclusive to specific races. And, once all is said and done, players can also choose their character’s background and past, which impacts in-game dialogue. So Guild Wars 2 is sort of the best of both worlds in terms of a mix of visual design options and personality customization.

Code Vein is the perfect game for those who want to bring their ideal anime character to life. This is another Dark Souls-like title, but with some pretty unique concepts and mechanics that add to the genre as a whole. In particular, Code Vein’s character aesthetics, fashion, and accessories are all well-designed, and this is most easily proven by its character designer. It’s not the most complex character builder of the bunch, not by a long shot, but its openness, accessory system, and how players can have fun with the tools given to them to varied effects proves absolutely that this character creator is versatile, to say the least.

Soul Calibur’s character creator is quite frankly pretty close to Black Desert Online’s in terms of complexity, just in a different sense. Thanks to the incredibly massive amount of items and customization options that players can apply to their custom fighter, people have figured out how to create just about anything and anyone. There are fans who created Donkey Kong and pitted them against Guy Fieri, and it’s pretty basic compared to most. Sure, it’s one of the more “janky” character creation systems out there, but there’s nothing like seeing Donkey Kong use Voldo’s fighting style.

Bioware has always been good at creating interesting characters with unique traits, Mass Effect has proven that, and they’ve given players the chance to try it out for themselves in Dragon Age Inquisition. This character creator is much more in-depth than it looks, allowing players to change their outer and inner iris color, the exact positioning of their scars, or a ton of makeup options.

It’s a pretty sleek system overall that offers plenty of options without compromising on much.

Obviously the Sims were going to be here somewhere, how could that not be? While the other games on this list are video games with neat character creation systems added, The Sims is somewhat about player-created characters. This is a game for people who want to simulate (hence the name) the entire life of any number of characters they create. The Sims 4 just adds more options to the already staggering list of previous games, especially with some mods installed.

And finally, let’s end things on a wackier note with the character creator in Saints Row IV. Cyberpunk 2077 isn’t the first game to include genital customization options, and it won’t be the last. Older titles like Conan: Exiles and Saints Row 4 have somewhat cornered this market, with Saints Row using a slider that players can use to increase or decrease their “sex appeal”. But that’s not all, the Saints Row IV character designer has an insane number of unexpected options! Players can choose almost any color for their skin, choose between a ton of different voice options for their character (including one that doesn’t actually use words but rather zombie moans), or choose between different types of bodies such as obese or ripped. Saints Row 4 is by far the craziest game in the franchise, and the character designer is a perfect representation of that.

NEXT: Cyberpunk 2077: The 10 Funniest Created Characters That Will Make You Laugh

Jacob Buchalter is an Arizona-based writer and gaming enthusiast. He’s the type to be irrationally obsessed with anything gaming, animation, art, manga, and anime. And while he’s not the argumentative type, he’s certainly stubborn about stupid details in shows and games from over 5 years ago.