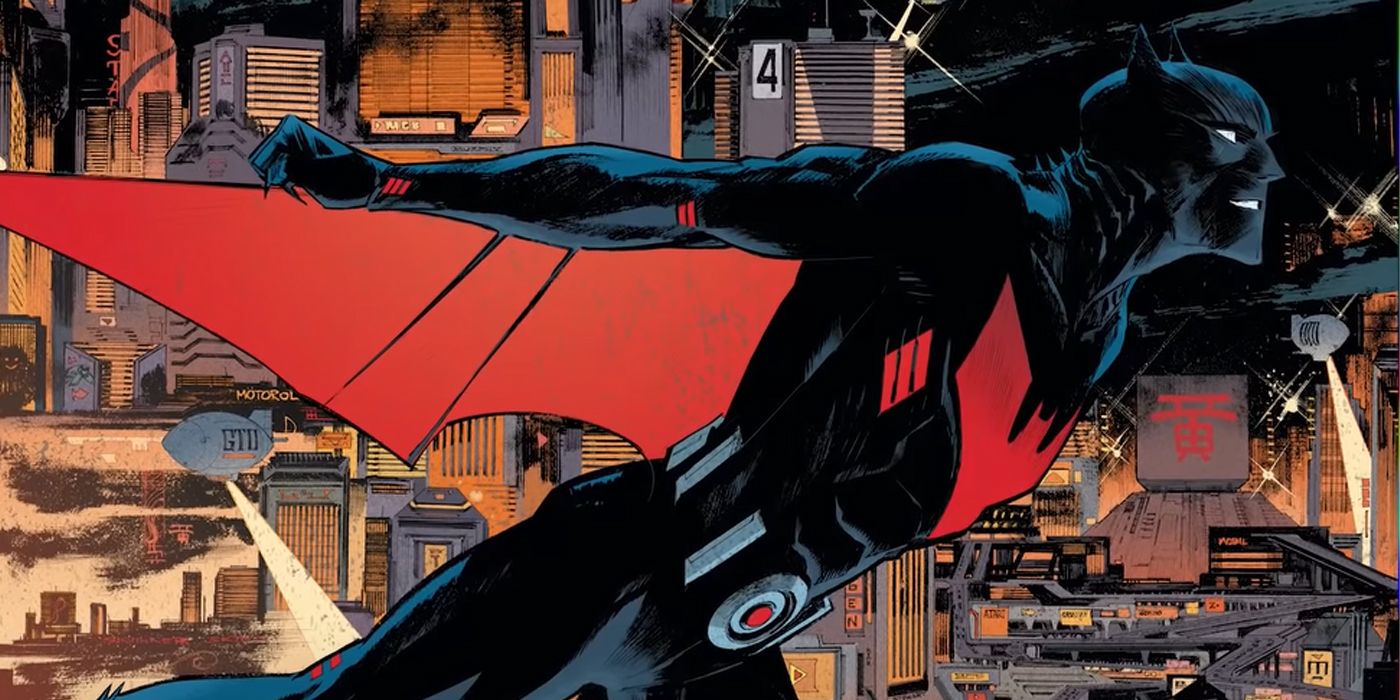 A new trailer for Batman: Beyond the White Knight promises an explosive civil war in Neo-Gotham.

“The White knight was set up to be a sort of political thrillerCurse was created to be a historical thriller, and it will be a sci-fi thriller,” writer-artist Sean Gordon Murphy says in the video. “At the end of the last volume, Bruce goes to jail. A few years have passed. What happens is someone breaks into the ruins of Wayne Manor and steals this super dangerous Batsuit. [Bruce] decides to run away. He becomes a convict, the number one criminal on the run in Gotham, hoping to finally put Batman to bed. And there’s kind of a civil war going on in Gotham — there’s this over-the-top, overpowered super cop program run by Dick, and then you have GCPD, the normal, blue-collar good cops. »

Murphy added that with Beyond the White Knighthe hoped to give batman beyond fans “everything they’re looking for”, saying, “I also wanted to play with tracks in a new and unique way.” He teased that the futuristic Batsuit worn by Terry McGinnis would look the same as in the classic series, but added that he was planning a surprise for readers of the book. That surprise should be an unexpected reveal at the end of the title’s first issue, which Murphy says will have readers instantly buying the entire series unless they’re “dead inside.”

A hint about Beyond the White KnightThe plot twists can be found in a newly released preview for the series, which shows the first seven pages of the first issue. In the preview, Terry McGinnis – who is intentionally presented as half-Asian in Murphy’s series as a nod to batman beyondThe Japanese and cyberpunk roots of – is the figure digging into the wreckage of Wayne Manor. He digs up the futuristic Batsuit and fends off several GCPD officers, while taking orders from none other than Derek Powers, the man who killed his father in the animated TV series and ultimately turned into the irradiated villain Blight. .

RELATED: Batman Beyond Used a Deeply Disturbing Stereotype Over and Over

Murphy’s previous Black Label series, Batman: White Knight and Batman: Curse of the White Knightalso had unique insights into existing Batman mythology. White knight featured Batman coming to terms with a seemingly cured Joker who called himself Jack Napier, an ode to the villain’s name in Tim Burton’s 1989 Batman movie. Curse of the White Knightmeanwhile, featured Batman battling Jean-Paul Valley in a conflict reminiscent of the ’90s classic “Knightfall.” Batman bow. The sequel ended with Bruce donating his fortune to the people of Gotham City and voluntarily going behind bars, acknowledging that his vigilante activities had done more harm than good over the years.

In addition to writing and illustrating the first issue of the title, artist Dave Stewart is responsible for AndWorld Design colors and lettering. Batman: Beyond the White Knight comes out March 29 from DC Comics.

Jeremy Blum is associate news writer at CBR. Passionate about comics since the age of three (back when he could only look at the pictures and imagine what was happening in the word balloons), Jeremy has worked as a journalist in the United States and Hong Kong. He also writes about video and tabletop games on his blog Pixel Grotto in his spare time. Find him on Twitter at @blummer102 Where @PixelGrotto.