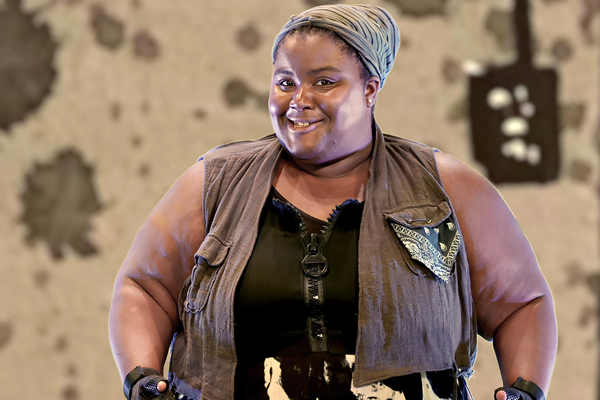 In the past, summer in Kennedy Center meant a big national musical tour on Broadway or two. Slipping into the cool dark red opera house for a show during the hot summer days is a treat I’ve enjoyed since I was a kid.

But because of the pandemic, this summer the interior spaces of the monument remain dark. But there is still a lot going on. The Kennedy Center Millennium Stage has moved outdoors to the Reach, a collection of pavilions and open spaces adjacent to the original building. In this beautiful riverside open-air plaza you’ll find plenty of free entertainment ranging from live music and movie screenings to dance lessons, yoga sessions, and art markets.

While it’s too late to enjoy “The Wig Party: A Capitol Drag Festival” in early June, there’s still plenty to see in person and live. Here are some selections from the Millennium Stage program.

The authentic Afro-Latinx experience at DMV “Adobo Gigante” (July 22-24) returns with a programming weekend in the middle of summer. There are “Raga at REACH” (August 5-7), a three-day festival focused on showcasing India’s vibrant culture and heritage through live music, dance, films and local art vendors. And at the end of August, it’s “On the bridge: women cross borders” (August 26-28), an all-inclusive festival featuring women in action sports and music like skateboarding and jazz. Visit kennedy-center.org for more information.

Elsewhere in the city, companies and artists are showcasing loads of new and original work, featuring both well-known and lesser-known faces.

Set in the hills of Coal Country, it’s the story of four siblings clinging to fading memories while struggling with a haunting secret. The virtual production is directed by talented Evan Casey who is also part of the five-person cast with Bernadette Arvidson, Emilie Zelle Holmstock, Larry Levinson and Timothy Sayles.

The opening of “Holler’s” is a fundraiser for CCI Health & Wellness Services, an organization that supports the most vulnerable in local communities. For more information visit bit.ly/hollerpremière. Further streaming opportunities will be available soon via a link on the “Holler” Facebook page.

For summer 2021, Scary theater of action present “Happy, beyond … happy” a short virtual reading series inspired by a list of “words of happiness” that do not translate directly into English.

Until July 18, the two readings are “Collect Call” by playwrights Marie-Claude St-Laurent and Marie-Ève ​​Milothelmed, the story of sisters and their difficult relationship; and Emma Gibson’s “Adam + Rose”, a play about separation and love. Both readings are led by famous gay director José Zayes. Spookyaction.org

Directed by Henry Godinez, the one-person play stars New York actor Bobby Moreno as Martín, a young father facing moral judgment after working as a security guard at a local Walmart detention center. for children separated from their families. on the neighboring Texas border. Studio-theatre.org

Set on July 4 in the not-so-distant future, it depicts a world where reparations have been paid to African Americans, but black-versus-black violence rages on. But despite the bellicose atmosphere, two members of warring rap factions manage to fall in love.

The opening of the festival is “Opera Soup” (August 21-29), a family amalgamation of music and living tales written and performed by accomplished opera singer Lori Brown Mirabel.

And for only two special performances (also at Boro Park), Mirabel performs an autobiographical solo piece “A charming life” (August 27-28) in which she not only tells her own story, but also pays homage to famous opera artists who came before her, and in particular black opera singers of the past. 1ststage.org

TO Olney Theater Center (OTC), the shaded campus with its open-air amphitheater, the Root Family Stage, is ideal for safer in-person offerings.

From the end of July to the end of August, OTC presents the weekly Friday evening Andrew A. Isen Cabaret Series pairing up some of the DC area’s top musical talent.

On two consecutive Wednesday evenings with free admission in August, OTC presents “Olney in Drag,” a two-part extravaganza where the public is invited to “have a drink while these fabulous drag queens shine brighter than the stars in the evening sky”. The first show (August 18) features Brooklyn Heights, Betty O’Hellno, Ariel Von Quinn, Evon Michelle.

If you keep the kids entertained during your summer in the city, why not add some youth theater in person?

from Bethesda Imagination stage borrows the outdoor space of the Olney Theater to resume “Dreams of paper” (July 31 – August 15), a dance performance about friends who live in a wastebasket. A collaboration with Mons Dansa Dance Company (Barcelona, ​​Spain), it is directed by Claudia Moreso and edited by Kathryn Chase Bryer of Imagination Stage. Free entry. Imaginationstage.org

Until September 6, “Fairy Tales in the Sun” presents two one-act plays: “The Flood in the Future” by Lara Yang, the story of a young girl who learns vital life lessons about sacrifice and Cooperation ; and “From Cinders to Ella” by Michelle Lynch, a play about forging your own happiness forever. Both are led by Stan Kang. Theater-adventure-mtc.org

As severe as COVID-19 is, a future pandemic could be worse – unless we act now