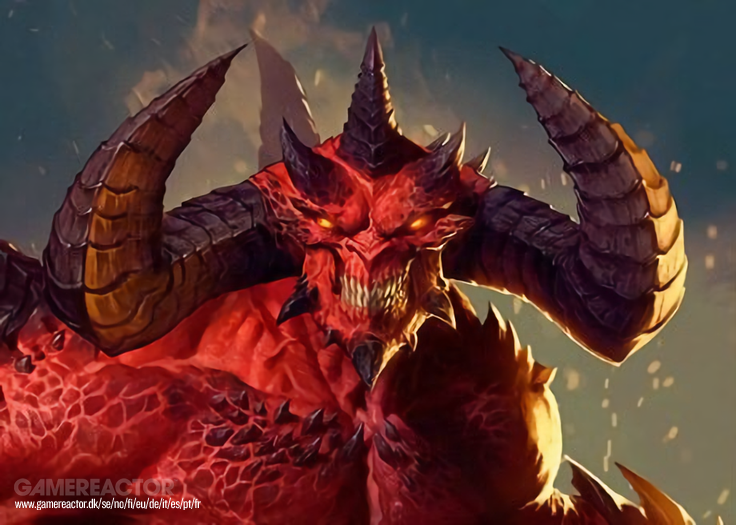 It’s official. Unless there’s a plausible reason to stop them in their tracks, Microsoft is buying Activision Blizzard King for a staggering sum of nearly $70 billion, making multi-billion Bethesda and Star Wars purchases tiny in comparison. Business and money aside, it means a massive addition to the Xbox ecosystem, including a stellar group of development studios and their intellectual properties, franchises that have entertained millions of fans for decades.

Now, with the news still fresh and in the excitement of this stuff (other uglier implications aside), we wanted to dream about the possible franchise crossovers and collaborations that could arise from this announcement. If you always thought Spawn in Soul Calibur 2 was an understatement, read on…

If the Doom Slayer were to end up in Sanctuary, Mephisto, Baal, and Diablo could flee, but they would have nowhere to hide. Doom and Diablo are a perfect blend, the dark and macabre touch of role-playing game with the ruthless and frenetic action of the shooter. And yes, in the first person. This mix would be devilishly funny in the eyes of the Slayer, courtesy of Isabelle from Animal Crossing…

One is a strategy game set in space, the other a role-playing space opera. How wonderful it would be to get to know the Protoss a little better by traveling the planets that give life to Starfield, fleeing hordes of Zerg by falling on the wrong planet or, why not, trying to forge an alliance with the Earthlings to reach the the edges of the galaxy. We don’t know what you expect, Microsoft.

Two MMORPGs of the highest caliber, together and, why not, mixed. Horde, Alliance, Ebonheart, Aldmer’s Domain and Dagger Leap, all united in a world that blends the magic of Azeroth with that of Tamriel. The possibilities are virtually endless, and while the lore can be chaotic, imagine for a moment a meeting between Mannimarco and Arthas.

Can you imagine a priest saying “Wololo” to Kel’Thuzad? Yeah, neither do we, but now we want to see it. Age of Empires and Warcraft are the two quintessential strategy IPs. Although Blizzard was recently resurrected with disastrous results, a crossover of the two universes would mix the historical and “realistic” component of AoE with the magic and fantasy of Warcraft. A curious combination full of elves, orcs, elephants, magic and catapults, lots of catapults.

Or “Halo of Duty: Infinite Warfare”. Get out of here. Enough store fights to get the public’s attention. Can you design the ultimate futuristic shooter crossover? Anti-gravity jumps, starships, futuristic vehicles, and alien villains of different races, with a touch of cross-universe storytelling, sidereal multiplayer, and the ability to switch between first and third person.

What could come out of the mix between CoD Studios’ experience with WWII and the alternate history created by MachineGames? What if historical accuracy flirted with “what if” as the allies battled the mechs? It wouldn’t be about losing the vision of the franchises, but maybe the two need a bit of a crazy idea to put them back in the spotlight.

A virus that transforms people into beings capable of shapeshifting and gaining superhuman abilities, a world ravaged by a nuclear apocalypse – is there a combination that fits together so easily? Exploring a world as dense, decadent, and full of things to do as Fallout with Prototype’s superpowers sounds interesting, to say the least. Or, why not, having to put on power armor to defeat a new Alex Mercer.

The Perfect Dark reboot and Overwatch sequel may have had to go back to the drawing board and look for new talent, but maybe they’re finding a turning point now. Beyond the Prey-esque influence in the spy story, don’t you think Joanna is an ideal character for Blizzard’s team shooter…or even to be part of its lore?

Who would have thought that two of Nintendo and Sony’s former main mascots (and hold your horses, Sega…) would now belong to Microsoft. What if we brought them together in a fantastic 3D platformer? Banjo and Kazooie’s return had previously been rumored, especially after the success of Yooka-Laylee, and Activision didn’t do too badly to bring back the marsupial and dragon, with Crash 4 and Spyro remasters respectively. Now, with the toy business still life in the doldrums, and with all the buildup of Skylanders from its era, it’s time for the mother of all platforming reunions. Mario, you’re not invited. Again.

With rumors of a new Killer Instinct in development with Bandai Namco involved, it wouldn’t be crazy for them to do collaborations like they did with previous Soul Calibur games. The Gray Wolf is a perfect fighter for a Killer Instinct. He has dozens of tools, he’s fast, and he shows no mercy to his enemies. When will he be announced as a DLC character? When will a Killer Instinct 2 be announced?