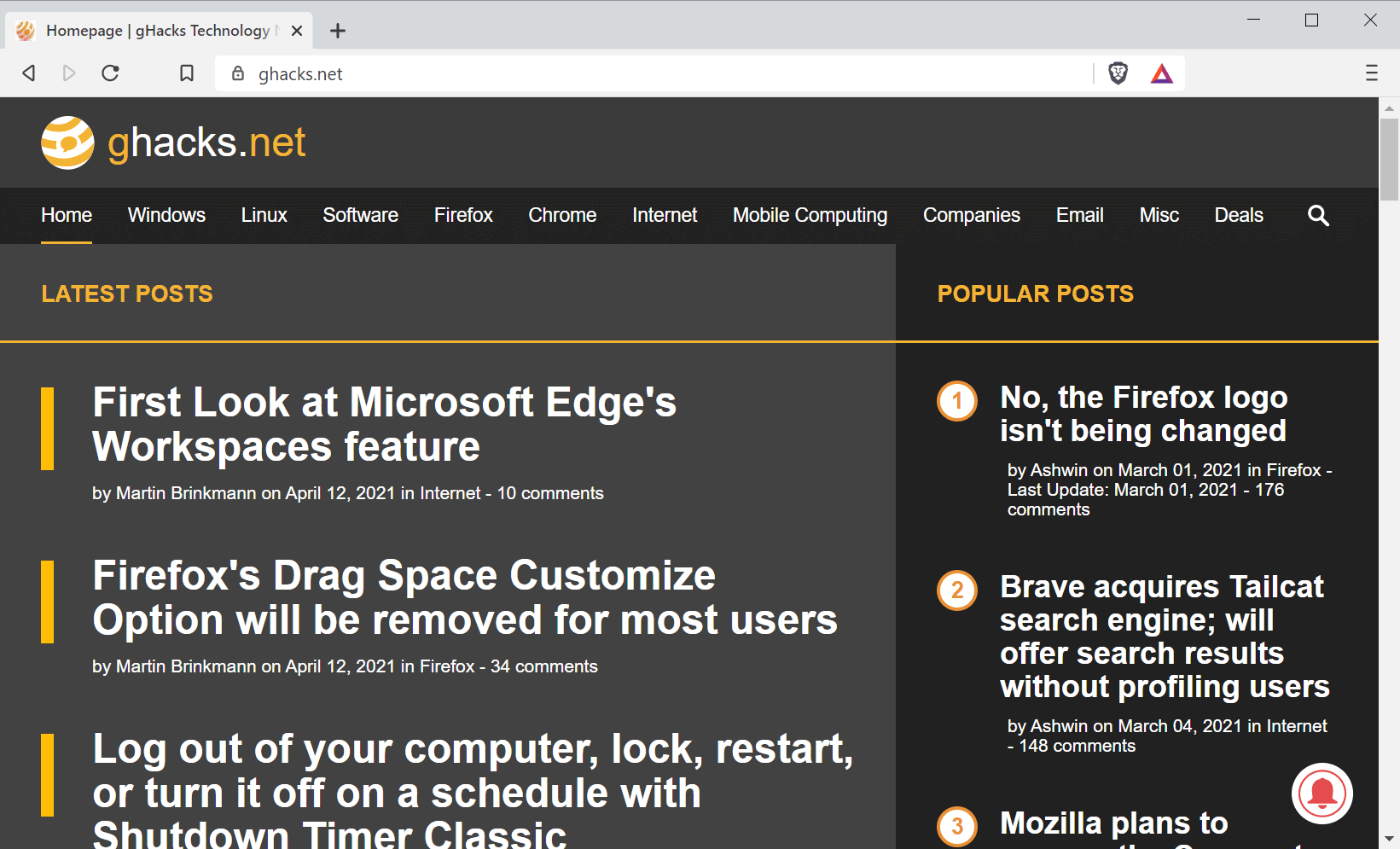 > Looks like you missed the part where a Brave employee below talks about how chrome is so hard to keep private and how chrome gets in the way of their privacy efforts.

I did not do it. I never said making Chromium private was effortless. Making Firefox private isn’t easy either. Ask the Tor developers.

> As for android, it has always been a problem, it’s a google project and its ecosystem is built around google playstore.

Have you ever heard of F-Droid and microG?

> Degoogled phones are not the answer, there is poor hardware compatibility, it cannot be used on the majority of phones.

LineageOS is Google-derived and has a wide range of hardware compatibility. I call bullshit on that one.

> There are also proprietary Google chips in many phones that forks of Android like Graphene can’t be used on.

These are in any smartphone. You can’t do anything about it unless you also craft the hardware.

…will never take off.

> These web standards were a googleville proposal, nothing is final, there will likely be some serious resistance against such proposals when googleville REALLY starts pushing it.

Maybe Apple, but definitely not Mozilla. If history is any indication, it is.

Funny you mention it: Mozilla isn’t a big fan of ad blocking. They could have done the same as Brave (perhaps employing or collaborating with Raymond Hill), which is to include an ad blocker natively. Why didn’t they? It’s an easy way to improve their users’ privacy, after all… Oopsie, that’s right, Google sponsors them. I’m sure it has nothing to do with decision making at Mozilla HQ.

Firefox’s Tracking Protection uses one of the weakest lists they could find (Disconnect), which is an absolute joke in itself. Their response to Manifest V3 was extremely weak and they will probably implement it as well, if only to maintain API parity with Chromium.

They are silent on the FLoC issue and actively endorse stuff like Web Bundles.

Admit it, your white knights are compromised by the Google documents they receive.

> Some Mozilla developers have PROPOSED that such a PROPOSAL is not problematic, so what?

So you think their development team approves Web Bundles without a problem? LOL.

> nothing is final and if FF went through it, it would really kill itself. It would lose a lot of users.

“We have to activate it!” More and more sites are using it! – That will be their excuse, wait and see. Let’s face it, they’re ultimately no better than Chromium forks. Chromium forks can disable Web Bundles, but if more websites start adopting it, for example Brave will have no choice but to enable it. Mozilla will also implement and enable it. Use your brain.

LOL, their track record so far tells you otherwise.

> If they followed Google’s lead, they would use Chromium instead of Gecko.

Not necessarily, they’re still useful as a pseudo-opposition for people like you, people who don’t realize they’ll implement whatever Google comes up with anyway.

> Anything other than Google/M$/Apple/Facebook/ is opposition in theory.

But only “in theory”. Again, show me their track record of things they’ve successfully opposed. I will listen with pleasure.

> But GOOGLE wants it all, it’s like they fix FF with financial control. This is why FF is threatened. If that was gone, then what alternative is there to the Google browser code?

There would always be Safari, but ultimately, whatever. Google can force Firefox to implement things just like they can force Chromium forks to enable things.

> Basically little to none, which makes googleville a total monopoly that would be a complete disaster.

How would this be different from the current situation? I’m serious here, Mozilla hasn’t managed to object to anything, and I doubt they even want to.

> Brave would hardly be an alternative since they literally rely on Google code.

It does not matter. Like I said, Firefox can be forced to implement and enable things like Brave can.

> You seem to care little about these issues, you even said in another post that you run ads on your browser so Brave can pay you.

I care, but I’m a realist not a dreamer who can’t cite any viable track record and always claim misinformed BS like “We’re the opposition!” And so on…

I can activate Brave Rewards just like any other Brave user, but believe me, the financial incentive (amounting to $5 per month, if so) is not my motivation when I refute your BS, because the $$$ per long bullshit refutation the ratio would be catastrophic.

> You haven’t even disabled ads! So why the hell are you talking about ads and telemetry?

Brave’s internal advertisements are not the same as online advertisements, there is no technical similarity. But hey, ignorance is bliss. And again, no one is forced to use it in Brave, it’s disabled by default.