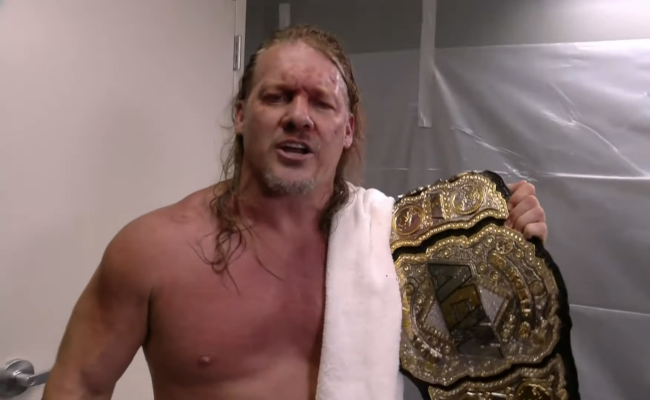 Chris Jericho lost his championship belt while eating at a steakhouse

Chris Jericho may be the first AEW Champion after Saturday’s All Out PPV, but apparently he currently doesn’t have a title belt to show for it. As reported by Fightful.com, a Tallahassee police report confirms that Jericho left the belt in a rented limo while eating at a Longhorn Steakhouse. The limo driver brought luggage back to the airport that Jericho had taken by mistake, and when Jericho got back in the limo, the belt was gone. Police have been contacted, but last I heard no one has found the belt.

The victim reported the theft of his championship wrestling belt while eating inside the Longhorn Steakhouse. The victim said he arrived at the Millionaire Club airport terminal and placed the belt inside his rental limousine. The limo driver transported the victim to Longhorn for dinner. The victim remained in Longhorn while the limo driver returned to the airport. The victim had taken the wrong luggage at the airport and the driver brought it back to the terminal. When the driver picked up the victim from the restaurant, the belt was missing. The responding officers searched the limousine and the airport for the belt without success. The on-call CID was consulted and forensic doctors intervened on the scene.

Some may consider it an embarrassment for Jericho and AEW, but if you wanted old-school wrestling back, you have to admit that this story is old-fashioned wrestling. I’m sure Hanged Man Adam Page will be quick to point out that this wouldn’t have happened if Jericho was traveling on horseback instead of a limo.