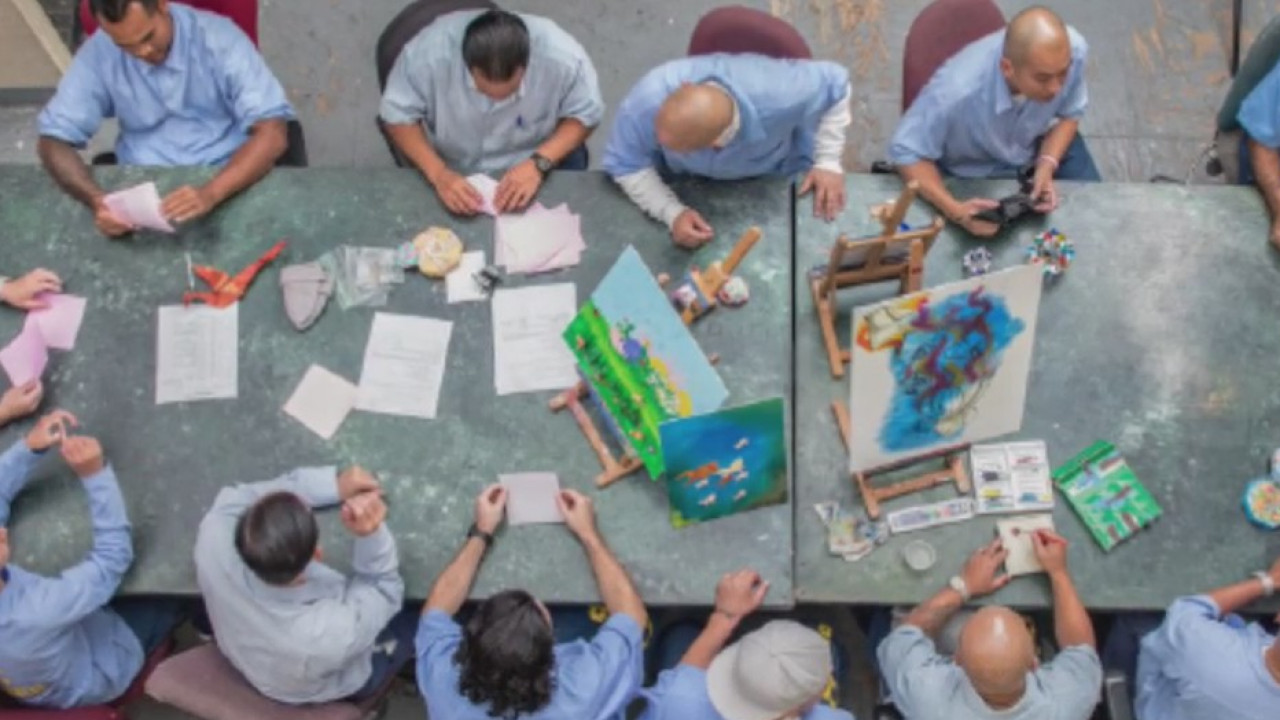 Exhibition of San Quentin artists at the San Francisco Opera

SAN FRANCISCO, Calif. (KRON) – Prison and opera are two words you don’t often hear together, but the two worlds faced off for a stage production at the San Francisco Opera this month.

The opera is set in a prison, so real inmates have been invited to show off their talent at the War Memorial Opera House in San Francisco.

In the hall, many paintings and drawings are exhibited which go hand in hand with the theme of the show, namely freedom, injustice and political persecution.

Carol Newborg has helped the inmates of San Quentin Prison accomplish this hard work and find a sense of self through art.

These paintings are a gateway to the self-expression that those behind bars in a four out of nine cell desperately need, as former inmate Isiah Daniels tells KRON4.

His piece now hangs in the lobby of the San Francisco War Memorial Opera House, alongside many others that serve as portals in the minds of many serving time in San Quentin.

The occasion came in tandem with the performance of Beethoven’s one and only opera titled “Fidelio”, which is the composer’s ode to freedom – a story about a woman who infiltrates the walls of a prison disguised as a man to free her wrongly imprisoned husband. So standing up against injustice.

â€œFind a way to bring the voices of those incarcerated into the very space where we are presenting this opera so that people take it not only as a beautiful artistic experience, but as a direct connection to the community and the voice of those who are too. often unheard of, â€said Charles Chip McNeal, of SF Opera’s Diversity, Equity and Community Department.

Some of the artists who have since been released were able to see their work on display Wednesday evening among a group of 150 community members.

Their canvases will be in place during the Fidelio opera race which will end on Saturday, October 30.

You can watch the show and everyone can see the exhibition called â€œWe will be free, we will find peaceâ€ next Friday, Tuesday and Saturday.

The art teacher says she hopes anyone who comes to see this will reflect and accept that the forgotten population of our prisons is the one who needs support as well.