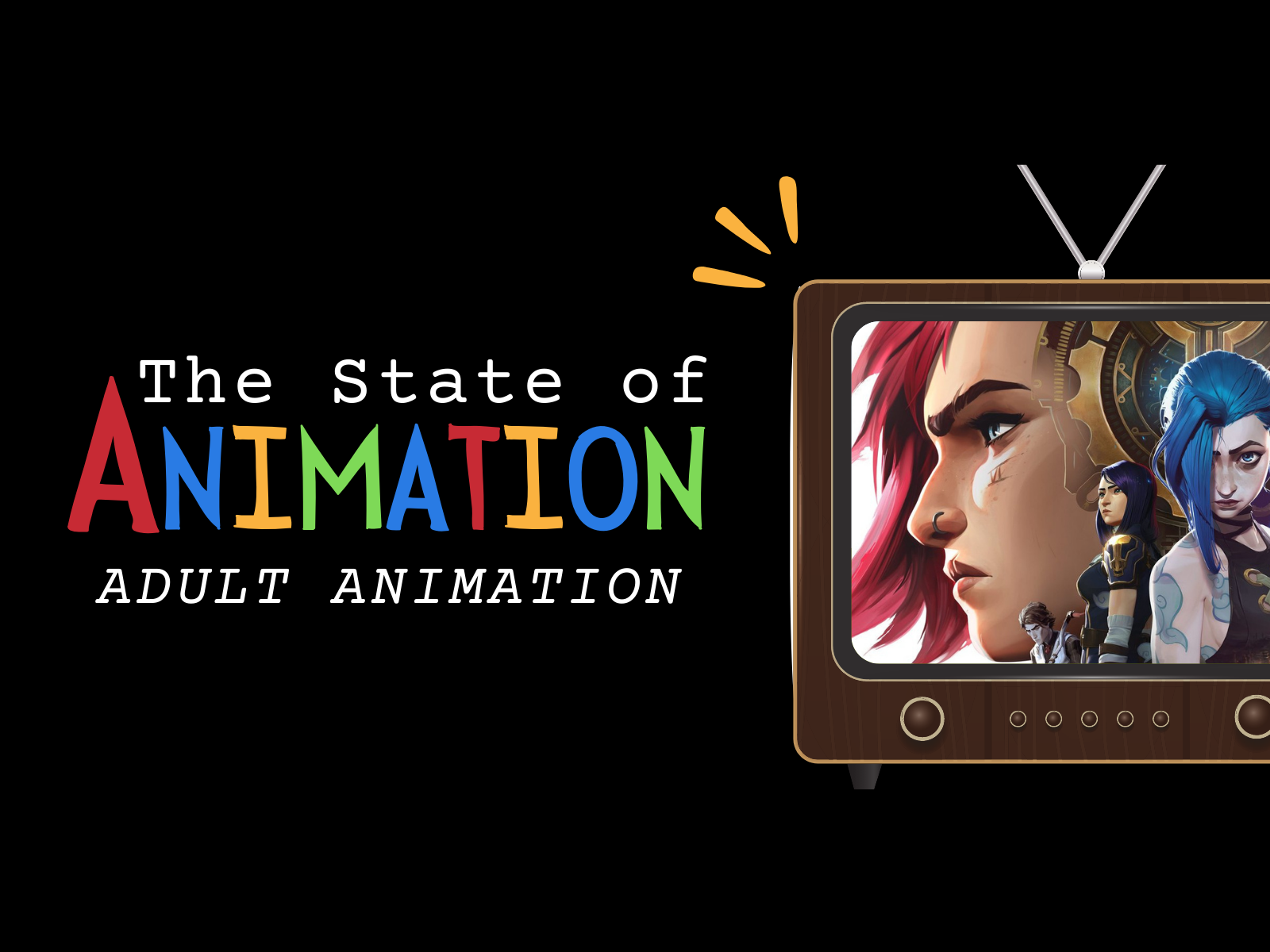 Five adult anime shows you should watch next

Welcome to “The State of Animation”, a chronicle of the wonderful world of cartoons. Animation is not just for children, but it is a medium that allows for great creativity and continues to grow in popularity over time. From groundbreaking animated films to dark cartoon comedies, I’ll show you a bit of everything. At the end of this series, I hope to help you find your next anime show to binge on and prove that anime is for everyone.

It is expected that once in college, we have to drop everything childish, including cartoons. However, despite being associated with childhood, animation can do much more than just tell stories intended to entertain children. In fact, cartoons can grow with us, through the burgeoning world of adult animation.

Catering to mature audiences, these animated shows can explore darker subject matter or create rather complicated narratives compared to children’s television. While children’s cartoons often have to feature simpler stories due to their younger audiences, this genre is free to experiment with things like existential themes, morbid humor, or political intrigue because it knows its public better understands these ideas. Additionally, without the limitations of live-action productions, adult cartoons have the ability to become more dynamic than many shows filmed in the real world. Adult animations can combine the stunning visuals you expect from the latest Pixar film with the nuanced storytelling or humor of primetime television.

Over the past few years, the rise of streaming has been the major contributor to the growth of the animation industry. 2021 saw a 100% increase over 2020 in adult animation orders from streaming services and other media companies according to The ToonBoom Annual Report. More recently, Netflix’s hit series “Arcane” won the 2022 Emmy for “Outstanding Animated Program” the first-ever streaming show to win the award. The demand for animation has given a boost to creative storytelling, as creators and companies try to innovate the next big hit to compete for consumer attention.

Clearly, there are more and more excellent adult animated shows that push the boundaries of audiovisual storytelling. But where to start ? Here are some of my recommendations for an anime show you could watch next.

“Arcane” is a tale about the collision of two cities and how the lives of two sisters are torn apart. It’s a sprawling epic that mixes both fantasy and sci-fi, using some of the most stunning visuals I’ve ever seen on streaming TV. Just by watching the first episode, it’s clear to see why “Arcane” won the Emmy for “Outstanding Animated Program.”

The show follows Vi and Powder, two sisters growing up amid the growing tensions of two rival cities. Above ground is Piltover, the glittering metropolis, and below is the dark underground city of Zaun. As the factions tear these worlds apart using magical technology and drugs, Vi and Powder’s own brotherhood is put to the test. Although it is set in the popular video game world, League of Legends, no knowledge of the game is required to enjoy the show. Anyone can jump in and experience its glorious battles, fascinating lore, and intricate character development. Everything from its history to its music is a delight to enjoy.

Who do I recommend it to?
People who love shows like “Avatar: The Last Airbender,” but want to watch something that kicks the action and drama up a notch.

What if all the popular conspiracy theories were real? From the aliens living among us to the hooded characters who secretly rule the earth, “Inside Job” is an outrageously funny workplace comedy set in the shadow government of the world. Our protagonist, Reagan Ridley, is the mad genius who helps run Cognito Inc., the agency covering every wild conspiracy you’ve ever heard of. She and her colleagues make treaties with lizardmen or hunt down malevolent celebrity lookalikes in order to randomly stop threats to the world’s perceived normalcy.

“Inside Job” creator Shion Takeuchi is a former writer for goofy shows many of us loved growing up like “Gravity Falls” and “Regular Show.” “Inside Job” clearly harkens back to the random and weird nature of Takeuchi’s past work, while exploring a more irreverent and ironic look at modern society.

Who do I recommend it to?
Fans of conspiracy theories or surreal cartoons like “Gravity Falls”.

“Smiling Friends” is a show about a colorful charity trying to help people smile. However, despite the wholesome premise, this brightly colored cartoon is actually a dark comedy. The series’ protagonists, the lovable Pim and the pessimistic Charlie, realize that spreading happiness is much harder than it seems, not thanks to everything from a terrifying woodland monster to a wacky rival corporation called the “Frowning Friends”.

“Smiling Friends” stands out in adult animation because of its unique absurdist humor. While many adult animated comedies rely on quirky humor or comedic formulas, “Smiling Friends” has a deep understanding of unpredictability. Its creators Zach Handel and Michael Cusack are also known for their quirky internet animations on Newgrounds and YouTube.

Who do I recommend it to?

This show feels like eating a pastry topped with berries on a busy spring day – it’s sweet, with a taste of offbeat sourness. “Bee and Puppycat” manages to be an amazing comfort cartoon with its beautiful pastel visuals, relatable characters, and a plethora of shenanigans involving cats. We follow Bee, a recently unemployed young woman, and Puppycat, the strange alien creature she stumbles upon one fateful day. Together, they go off to do odd jobs in weird places in space. Both endearing and surreal, it’s the type of show that’s both relaxing and surprising to watch.

Each scene and character is soft and inviting, drawn in a delightfully colorful art style in lots of pinks and blues. It’s a spectacle filled with twinkling starry nights and cozy interiors. Yet, despite such whimsy, he still explores more mature themes, albeit with a lot of levity. Bee struggles with professional and adult life, while Puppycat seems to be dealing with a past identity, a life lost in time. The story of the series becomes more and more fascinating as it goes on.

Who do I recommend it to?
Fans of adorable franchises like “Sanrio” or cute but complex shows like “Steven Universe”.

With “Love Death & Robots”, every moment is a surprise. As an award-winning anthology show, each standalone episode has a completely different story and style. In one episode, you get battles between nightmarish vampires and cat-wielding explorers. While in another, a stranded astronaut watches their reality blur with hallucinations of a distant moon. Spanning genres such as sci-fi, fantasy, and horror, “Love Death & Robots” pushes the boundaries of what short animation can do, telling captivating stories still in less than twenty-two minutes. Also, the show does not have a specific order since Netflix adapts a unique sequence of episodes specifically for each user. Sometimes violent, sometimes sensual and sometimes just plain silly, “Love Death & Robots” has a taste of it all.

Who do I recommend it to?
Fans of “Black Mirror” or people who wanted Pixar shorts involved more cyborgs and mutants!

Editor’s note: This article is a review and contains subjective opinions, reflections and criticisms.