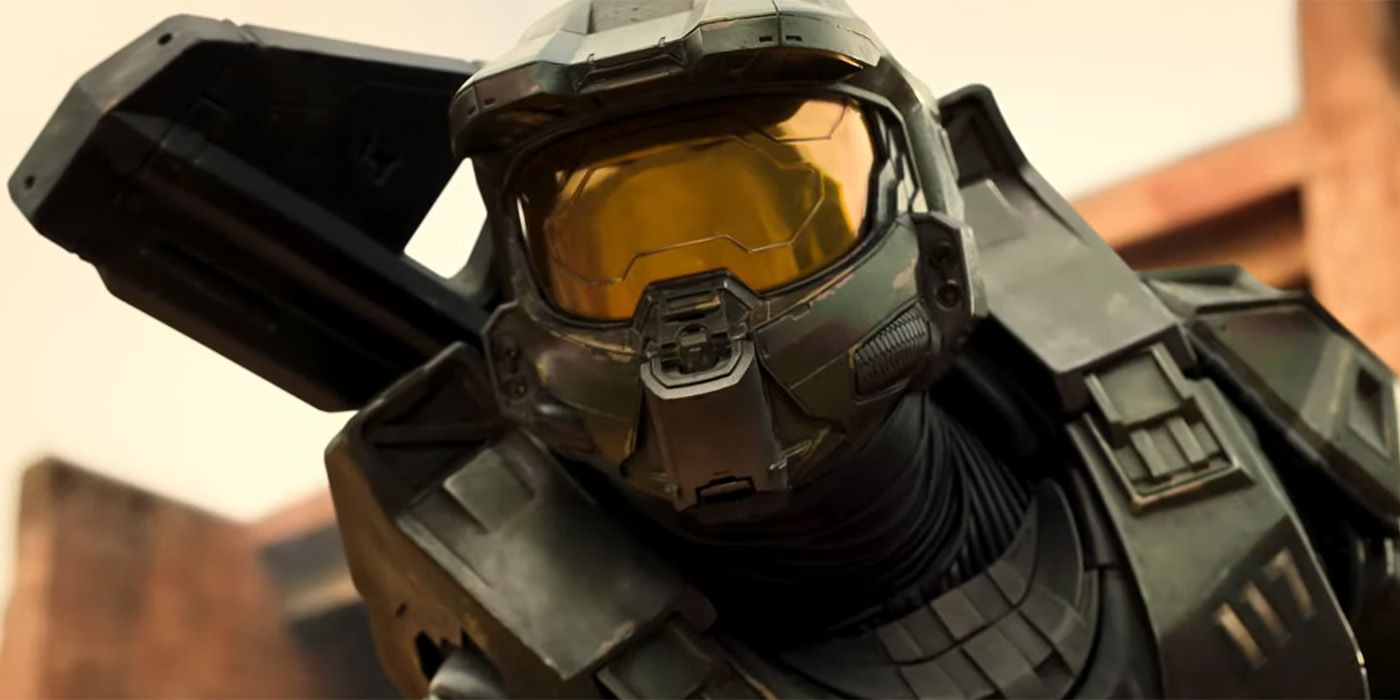 Executive producer Frank O’Connor explains the timeline of the Halo TV show, called the Silver Timeline and separate from the games.

Executive producer and creative director of the franchise Frank O’Connor explains the Halo new non-game timeline of the TV show. What started as a sci-fi video game series created by Bungie for Xbox has now morphed into a massive media franchise run by 343 Industries that includes bestselling novels, comic books, web series, and… other media. The latest entry in the video game series, Infinite Halo, was released on December 8 and helped build anticipation for the first television adaptation coming to Paramount+ early this year.

While the plot details for the Halo thin, it will chronicle an epic 26th century military conflict between United Nations Space Command and the Covenant, a theocratic alliance of several advanced alien species. Pablo Schreiber has been cast in the lead role as the beloved Master Chief, a super-soldier codenamed Spartan 117. Jen Taylor voices her trusty AI sidekick, Cortana, reprising her role from the series of video games. Natascha McElhone will take on the role of Dr. Catherine Halsey, a UNSC scientist who created Project Spartan-II.

Now, in a new debrief released by the official Halo Waypoint website, executive producer Frank O’Connor explains the Halo The TV show’s new standalone timeline, which has been dubbed the “Silver Timeline” in reference to Spartan’s central fireteam and the big screen itself. O’Connor explains that the Silver Timeline allows them to use the “Existing Halo lore, story, canon, and characterswhenever it suits the show, and also ignores it whenever necessary. O’Connor goes on to clarify that the timelines of the game and the TV show will be very similar and sometimes parallel, but will ultimately remain separate. Read part of his explanation below:

We want to use existing Halo lore, story, canon and characters wherever they make sense for a linear narrative, but also separate the two distinctly so as not to invalidate the base canon or do things against nature to force a first-person video game into an ensemble TV show. The game’s canon and its extended lore in novels, comics, and other outlets are essential, original, and will continue uninterrupted for as long as we create Halogames.

To be clear: these will be two parallel, VERY similar, but ultimately separate timelines, whose major events and characters will intersect and align throughout their very different timelines.

The TV show’s timeline – the “Silver Timeline” – is grounded in the universe, characters, and events of what was established in the core canon, but will differ in subtle and less subtle ways in order to tell a grounded human story, set in the deeply grounded universe of Halo. When differences and branches arise, they will do so in a way that makes sense for the series, which means that while many of the events, origins, character arcs, and outcomes will match Halo’s story, fans know it, there will be surprises, differences and twists. which will work alongside, but not identically to, the main gun.

Since Halo The universe includes various games, novels and other media and features a history that spans millions of years, it is currently one of the most confusing and convoluted timelines in any intellectual property. Therefore, it makes sense that the creators of the Halo series would like to introduce a whole new timeline separate from the games. That way, they can still stick to the core canon while making necessary changes to the linear TV narrative format, allowing dedicated fans and newcomers alike to follow and enjoy the show.

The first comprehensive look at Halo The series arrived at The Game Awards last month, teasing Master Chief’s origin story and the show’s high production value (Paramount reportedly shelled out $200 million for the 10-episode season). Another one Halo The trailer is set to debut this Sunday during the AFC Championship game. While the show’s new timeline will certainly ruffle some fans’ feathers, the Halo the showrunners are clearly committed to honoring the original canon, and that will hopefully show in the final product.

Adam Bentz is a film and TV news writer for Screen Rant. From a young age, Adam was interested in a wide range of film and television, but it was talented writers like Quentin Tarantino, Paul Thomas Anderson and Aaron Sorkin who ultimately sparked his interest in the craft. Driven by his love for the screen, Adam studied creative writing with a concentration in screenwriting at Southern New Hampshire University. After graduating, Adam completed an internship as a writer with The Borgen Project, a non-profit organization working to end extreme poverty. In addition to writing for Screen Rant, Adam reviews films on his website adambentz.wordpress.com

Author Trish Brown’s new book ‘Taken’ is a haunting work of futuristic fantasy featuring an orphaned teenage superhero yearning for the normalcy of a human youth.