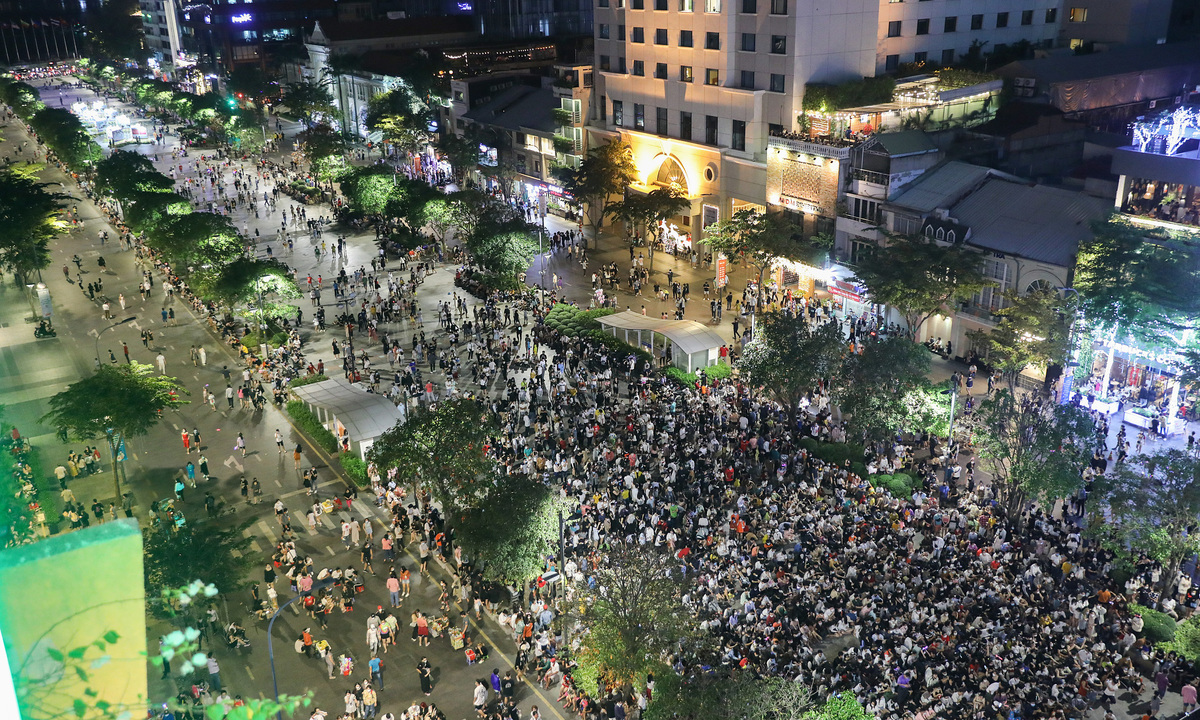 HCMC considers the metro as the axis of underground developments

Officials are looking for ideas for underground developments in the Thu Thiem New Urban Area and other downtown areas covering a total of 930ha, with shopping malls and parking lots taking center stage. in the mix.

Nguyen Hue Street, which stretches 670m, became Vietnam’s first pedestrian street in 2015. The city plans to create an underground space in the district, with the first floor as a shopping center and the second and third floors as parking spaces.

The first floor, which will also serve as a pedestrian street, would connect the Opera House to a park along the Saigon River. The area will have elevators and escalators near the bus stations, and entrances will be located in the Le Loi-Ton That Thiep and Ngo Duc Ke-Hai Trieu areas.

Next to Nguyen Hue Pedestrian Street runs Le Loi Avenue for about a kilometer from the Opera House to the roundabout in front of Ben Thanh Market. The area was barricaded for years for the construction of HCMC’s first subway line. There are already three metro stations under the avenue for the metro line.

In 2016, the city called for the creation of an underground shopping mall in the area at a total cost of over VND6.8 trillion ($296.9 million), as well as the reconstruction of the floor B1 of Ben Thanh metro station.

However, the project has not yet been launched due to a lack of capital and investors.

In the Ben Thanh Wharf area, Me Linh Park was upgraded earlier this year. According to the plan, Ton Duc Thang Street would move underground with parking spaces along the park, while areas above ground would be reserved for electric vehicles and pedestrians. Various shops and restaurants will also be located underground.

Ly Khanh Tam Thao, head of the urban infrastructure management division of the Department of Planning and Architecture, said the development of underground spaces in the city would use its metro stations as “a backbone”.

“That’s what we’re looking for in an underground space design. The result would help the city plan underground developments through 2040, with a vision towards 2050,” Thao said.

Architect Ngo Viet Nam Son said town centers in HCMC lack public spaces, so the development of underground spaces was crucial. Although there may be spaces under buildings and skyscrapers, they are too disconnected, so the city must figure out how to have underground spaces connected.

“The city should use underground spaces under the entire Nguyen Hue Street, which would help connect subway stations passing through Thu Thiem,” he said.

“HCMC already has a tunnel over the Saigon River connecting District 1 and Thu Thiem, but as it is on the outskirts of city centers, there must be direct connections to create a corridor for public spaces, satisfying growth demands,” he added.

Hoang Ngoc Lan, who teaches at HCMC University of Architecture, said the development of underground spaces would meet the existing demand for public spaces and ease traffic flow in city centers.

However, HCMC needs to plan underground spaces downtown for an entire area, not just in certain places, to have better connectivity, she said.

Moving away from genetic continental ancestry

The Batman Problem Who Paid A Promise Eight Years Too Late