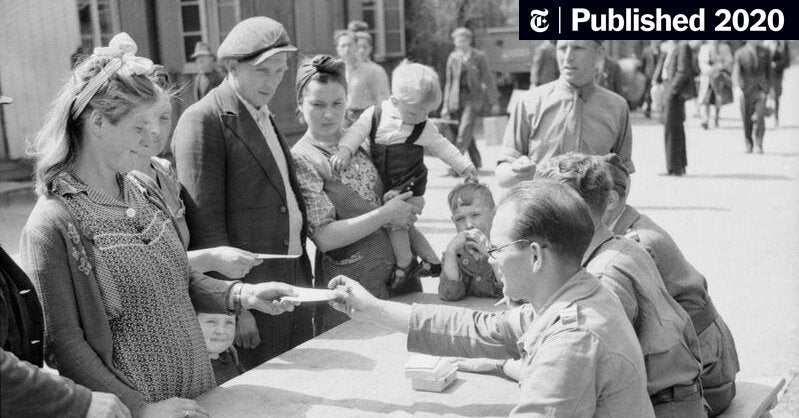 How a Million Refugees Became the Allies’ Post-War Pawns

How could such a flagrant perversion of justice happen? The answer is complicated, and it seems foolish to try to sum up in a sentence or two what Nasaw goes through so scrupulously over 600+ pages to plot. Suffice to say that the post-war fog enabled many collaborators to get rid of their uniforms, destroy papers and slip discreetly into the DP camps. It was hardly a secret. As early as October 1945, in fact, this same newspaper published an article that quoted a “reliable source” at United States military headquarters in Germany as saying that “at least a third and probably more of the Balts” in the camps “are old members of the Saulis, a fascist Baltic organization. … Almost everyone prefers our enemy, Germany, to our ally, Russia.

Later, the delicate domestic politics of several countries allowed this indignation to persist. Thus, the need for cheap labor and “experienced” military personnel were central to determining who would (or not) receive immigration papers. Other factors included the West’s growing hostility to the Soviet Union, the tired confusion of Jews with Communists, and old-fashioned anti-Semitism. (Nasaw lets us listen to General George Patton, no less, ranting in his diary about those who “believe the displaced person is a human being, which he is not, and this particularly applies to Jews who are inferior to animals.) The focus on “utilitarian and political rather than humanitarian justifications for resettlement,” writes Nasaw, did not just apply to the current situation. He defined the term “hard Darwinians” for how the “developed world” handled subsequent refugee crises.

One of the longest of these crises is, of course, that of Palestine/Israel. Nasaw skillfully handles the international aspects of this part of the story, in which the fate of this troubled little piece of land has become a kicked ball between England and the United States. This too was complicated. Harry Truman’s push for the open immigration of Jewish refugees to British-controlled Palestine and eventually for a Jewish state may have stemmed from his lifelong moral sense and Bible reading, though it also involved other less noble issues, including his need to secure the proverbial Jewish vote. The United States’ own immigration policies also played a role. Nasaw quotes English Foreign Secretary Ernest Bevin as suggesting in 1946 that “regarding the agitation in the United States, and particularly in New York, for 100,000 Jews to be sent to Palestine”, he hoped “that he would not will not be misunderstood in America if I say, with the purest of motives, that it was because they didn’t resent New York too much “Purity” doesn’t seem particularly relevant to this conversation, but Bevin had That said, his candid assessment of the situation got him into hot diplomatic water, the temperature of which Nasaw does a typically astute job of gauging and contextualizing.

The author’s account of facts on the ground in Palestine/Israel produces the book’s only slight wobble – an unusual loss of perspective. It is perhaps inevitable that if one views the region’s violent history through the prism of the desperate DPs, one will perceive the British Mandatory authorities’ strict immigration quotas after 1939 and the refusal to simply “open the doors “like nothing but cruel and quirky. The quotas may indeed have been punitive, as Nasaw suggests, but they also stem from Britain’s (admittedly ruinous) attempts to arbitrate an already 50-year-old struggle between two competing national movements whose origins had nothing to do with Hitler.

Nasaw acknowledges, in passing, the bitter irony that many Jewish POWs who eventually arrived on Israel’s shores ended up occupying homes, villages and neighborhoods that had recently belonged to Palestinian Arabs, themselves themselves became refugees in 1948. , deprived of the right to return to their homes. He strives to be “impartial”. But it is disconcerting that a writer as sensitive to political and rhetorical nuances as he is would use commonplace and provocative terms like “nothing short of miraculous” to refer to the rapid resettlement of displaced Jews in Israel, or use the word “aliyah “, as though it is perfectly neutral. (It means “ascension” in Hebrew, and colors the notion of Jewish immigration to Israel with a definite ideological tint.)