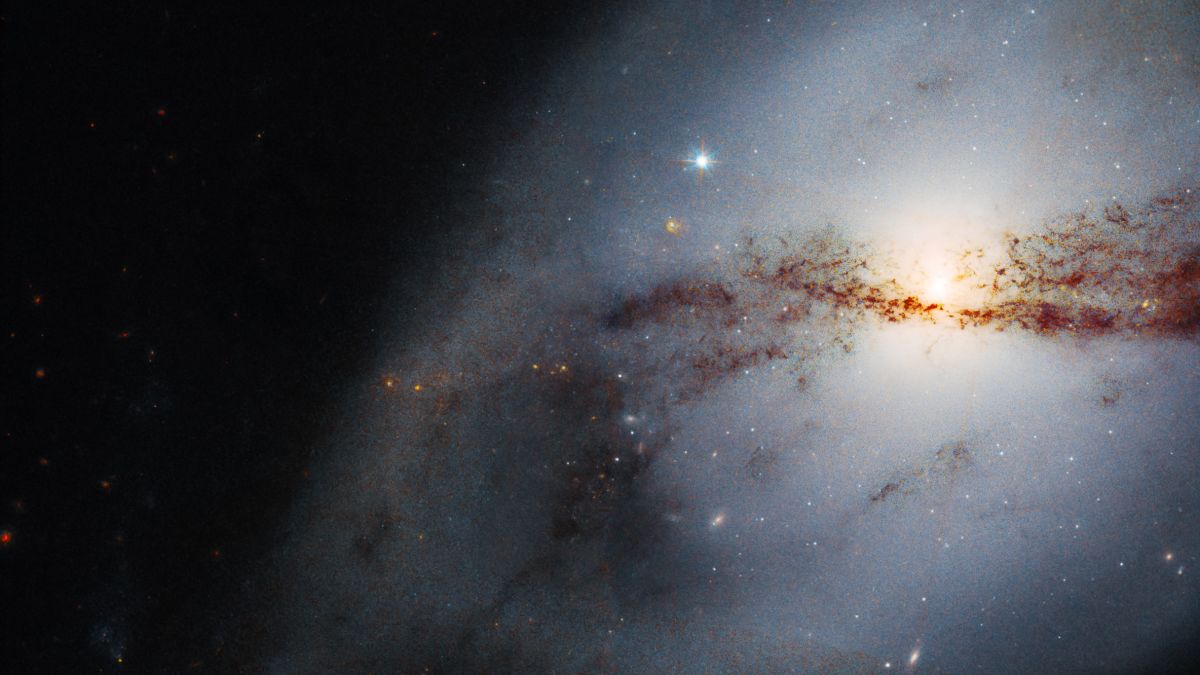 This new image from the Hubble Space Telescope looks like a gas catastrophe unfolding deep in space.

The image shows the galaxy NGC 3718, which NASA officials say is a “highly disturbed spiral”, meaning its formation has been disrupted. As the galaxy enters the gravitational well from neighboring galaxy NGC 3729, this galactic interaction pulls NGC 3718 into an S-shaped distortion. The galaxies are 150,000 light-years apart, with NGC 3729 not shown in this view from the Hubble Space Telescope.

“The Hubble view of this part of NGC 3718 shows in great detail the winding, meandering dust path as it sweeps through the galaxy’s core and curves into the surrounding gas,” NASA officials said in a statement. of May 24. statement (opens in a new tab). “The galaxy’s gas and dust pathways are similarly distorted in this unique configuration.”

NGC 3718 is also called Arp 214, acknowledging its location in the 1966 Atlas of Peculiar Galaxies, built by Halton Arp to observe galaxies with unusual structures.

The Hubble telescope focused on the galaxy’s core, which is difficult to see due to the amount of dust in its path. The infrared light allowed Hubble to peer through “as part of a study of the central regions of disc-shaped galaxies, with prominent bulges of stars in multiple environments,” NASA officials said.

The goals of the study were to learn how the masses of supermassive black holes might relate to galactic “bulges” around the center, as well as how star formation occurs in a galaxy.

NASA’s James Webb Space Telescope aims to extend Hubble’s generation of work by observing galaxies near the beginning of the universe. Webb is expected to start work this summer.

Some of Webb’s research will focus on issues such as galactic variety, mergers and collisions, as well as more details on the galaxies’ relationships with supermassive black holes, according to Nasa (opens in a new tab).