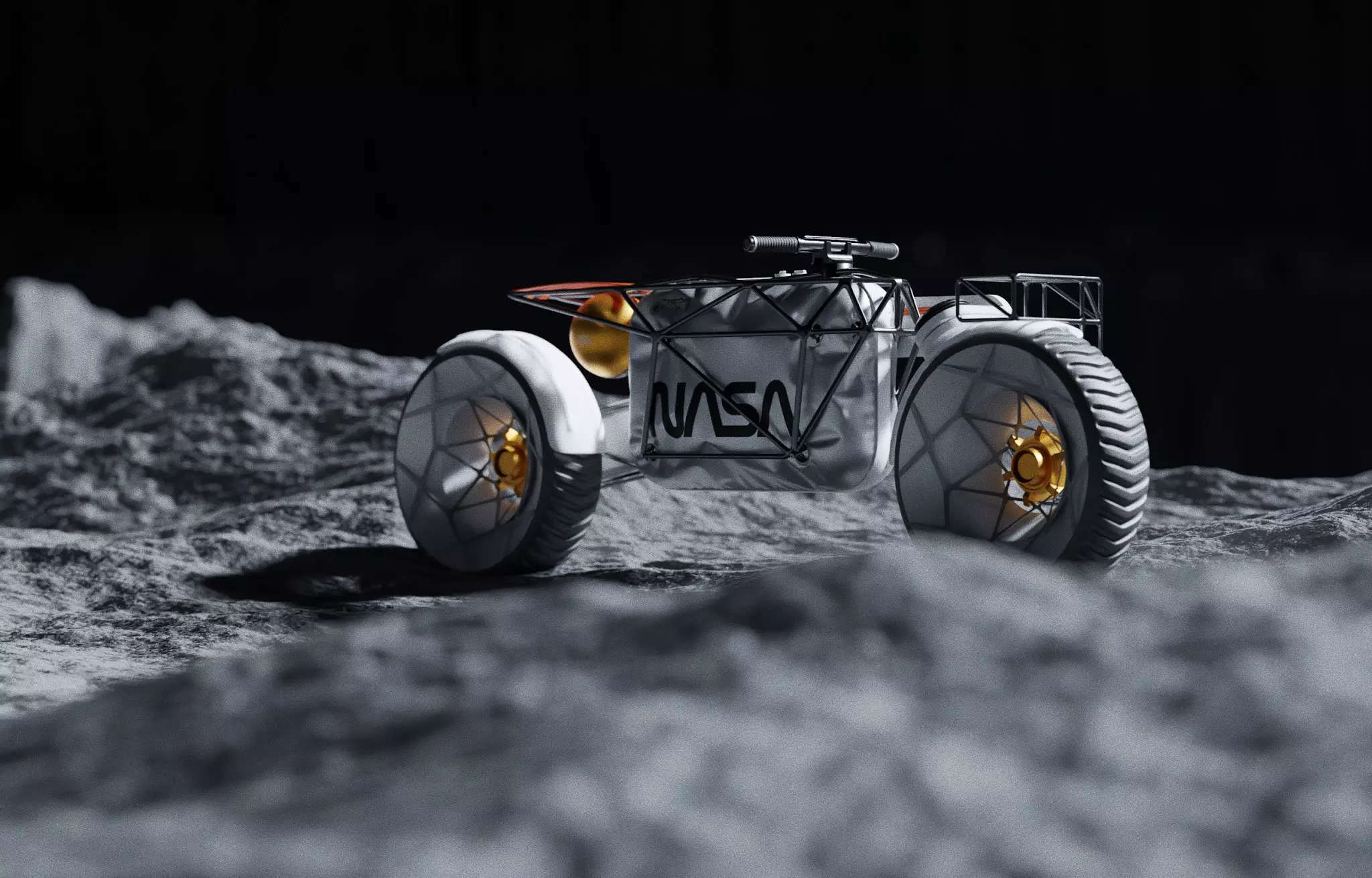 There is a lot to imagine what we could possibly use on the moon and it could be a motorcycle according to this Russian car designer. Moscow-based designer Andrew Fabishevskiy has created a concept of a moon motorcycle that looks good, pretty cool.

Fabishevskiy shared the â€œNASA motorcycleâ€ designs on his blog where the motorcycle is actually depicted on the lunar surface. The lunar bike was inspired by the Lunar Roving Vehicle used on Apollo 15, 16 and 17, according to Space.com. Fabishevskiy also took the idea of â€‹â€‹a simple electric bike for this concept.

The lunar bike has two large wheels and features a lattice design that fits inside the battery and important parts of the bike. The lunar bike also has the NASA mark that makes it stand out more. In reality, the lunar bike would be equipped with electric suspension and integrated electric motors. It looks like a simple, clean design for a bike without anything flashy, and that’s what Fabishevskiy had in mind.


â€œThe main design theme of this bike is to create an object that looks like clear engineering, with minimal styling elements,â€ Fabishevskiy said, as quoted by Space.com.

â€œI wanted to make a visually light object, such lightness is characteristic of machines designed for space, as well as the combination of materials I used – lots of white and reflective materials,â€ he added.

The idea first arose out of a challenge on Instagram after which Fabishevskiy created a 3D model and it was later transformed into a suitable concept through a collaboration with Germany-based motorcycle design company Hookie Co. This is only a concept for now but Fabishevskiy hopes to build a full-size prototype later.