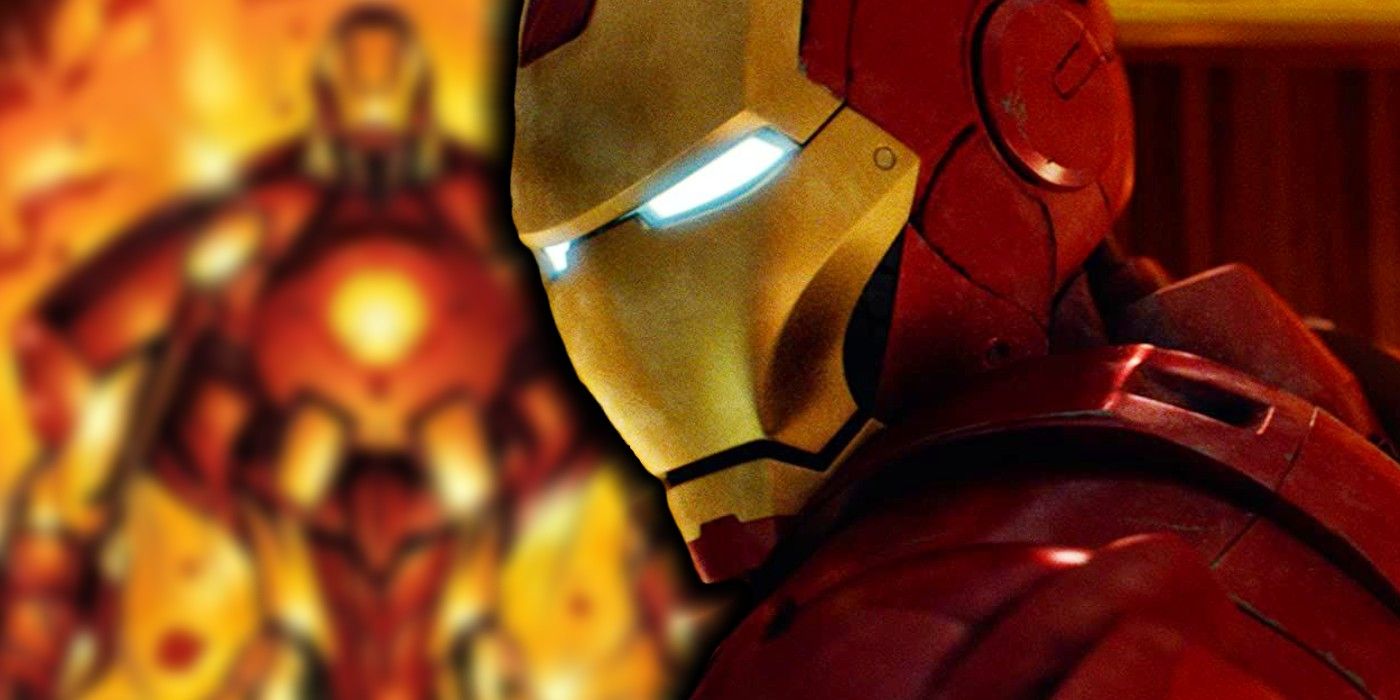 A new piece of Iron Man fan art reimagines the famous Golden Avenger armor in a bold, retro-futuristic style. Although Iron Man, aka Tony Stark, has sported a variety of famous red and gold armor since he ditched his bulky original armor in 1963, he’s never looked like this. With a striking and unique silhouette, radiating vibrant blue energy from multiple implanted reactors and featuring a retro “gear” motif that looks dangerous and heroic at the same time, this is one revamp Marvel should heed.

Throughout his long superhero career, Iron Man has worn a wide variety of distinctive armor designs, each with their own origin and set of characteristics. From the heavy, all-iron construction of his original costume, which struck a fearsome and towering presence capable of knocking back enemies in fear, to the sleek and inspiring red and gold design that ultimately brought Iron Man fully in line with his knightly intentions, fans of the character know exactly how important armor design is to Tony. Each armor historically has its own unique strengths and weaknesses, pros and cons, and new abilities to be reckoned with, and as such fans have come to appreciate each new Iron Man suit as more than a simple cosmetic change.

Related: Iron Man Reveals The Secret Reason He Builds So Many Suits

Now artist Mike Becker reinvented Iron Man’s famous red and gold armor in a new light. This Iron Man looks physically powerful and imposing, with a huge barrel chest, an elongated, inhuman figure, and a heavy, oversized left hand – perhaps reminiscent of the Infinity Gauntlet, down to being encrusted with blue reactor gems. resembling stone. However, perhaps the most striking feature is the cogwheel design that runs through his arms and legs. This design, which resembles interlocking gears and circuit boards, perfectly encapsulates the high-tech aspect of Iron Man, drawing attention not only to the essential mechanical nature of the character, but also to retro-futuristic sensibilities. who informed Iron Man. for years.

The gear motif in particular is reminiscent of Iron Man 2020, an alternate version of Iron Man that first appeared in The man-machine 2020 (by Tom Defalco, Herb Trimpe and Barry Windsor-Smith) and sported a hulking retro-futuristic look, complete with oversized gears for the shoulder pads. While Iron Man 2020 was arguably fearsome in appearance, it’s now anachronistic. The dated appearance of the large gears undermines the “futuristic” technology of the year 2020 (which, at the time of publication, was still thirty-seven years away.) Becker’s art plays with this sense of combining the old and new, by featuring a futuristic Iron Man design that still pays visual homage to the character’s technological roots.

Although Iron Man’s past has been tumultuous and his arsenal is full of outdated designs, he’s all but guaranteed to remain a world-renowned member of the Avengers superhero roster. Fans of the character have a fondness and appreciation for armor design that goes to the very heart of the character, and artist Mike Becker has shown just how much fun can be had by radically reimagining a classic costume in a bold new light. , while retaining and even emphasizing the essence of the character. While Marvel is always open to new Iron Man armor, Becker’s art shows how far “traditional” design can be taken to create something new.

Why modern science has largely been a disappointment

Hudson Teacher Finalist in the Excellence in Skilled Trades Competition