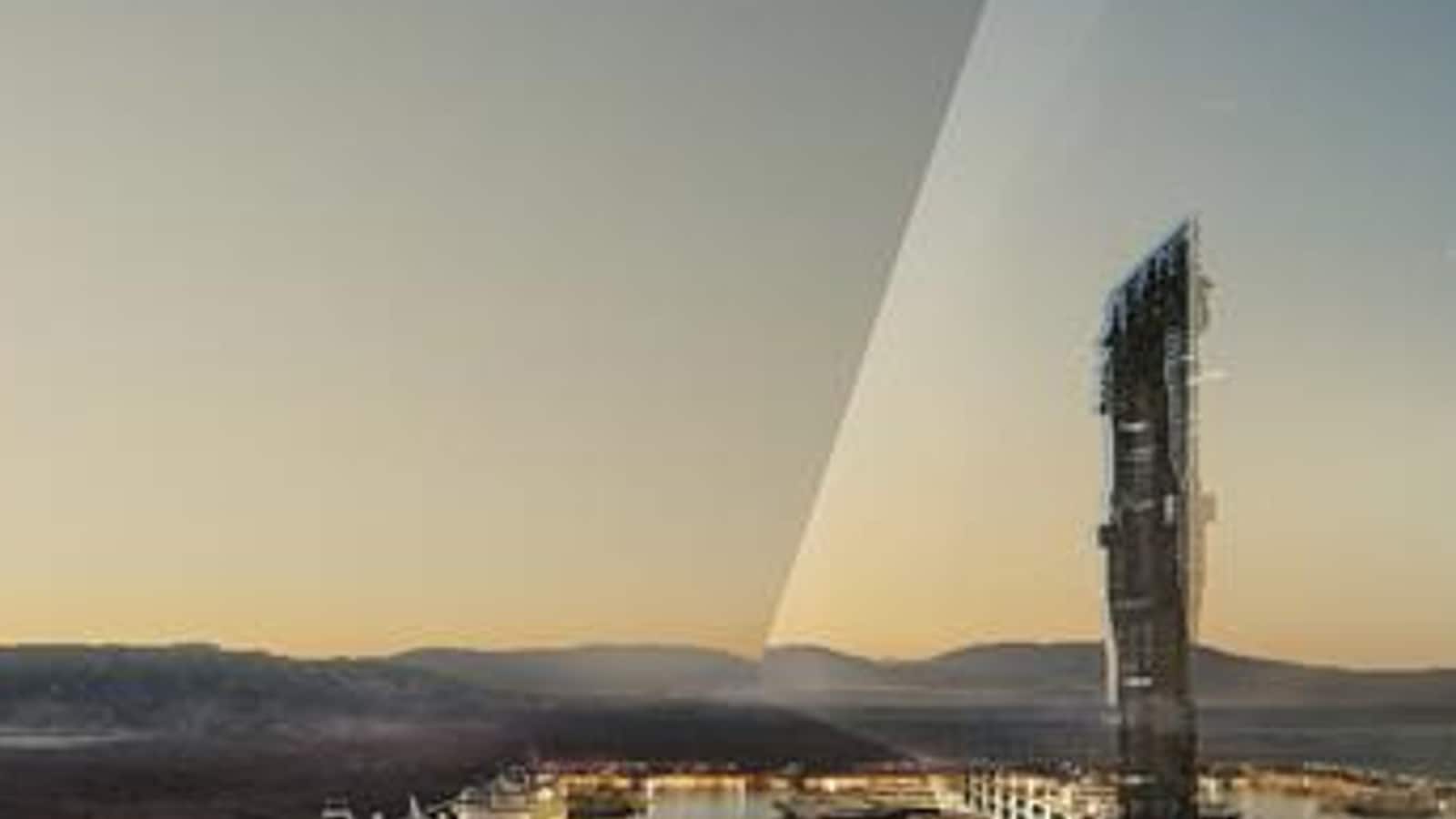 In the desert sands of Saudi Arabia’s deep northwest, thousands of workers are building a futuristic city that the kingdom says will be unlike any other.

From the ancient sands will emerge a high-tech urban center called The Line: zero carbon with flying drones for taxis, holographs for teachers and even an artificial moon.

The smart city is housed within NEOM, a $500 billion business park aimed at diversifying the economy of the world’s top oil exporter and the brainchild of Crown Prince Mohammed bin Salman. NEOM is funded, in part, by the country’s sovereign wealth fund and is expected to be completed by 2025.

While NEOM will feature manufacturing and tourism areas, The Line will stack homes and offices vertically and leverage the data of its 9 million residents, giving residents more control over their data and paying them – a world first, said an official.

“Without trust, there is no data. Without data, there is no value,” said Joseph Bradley, managing director of NEOM Tech & Digital Co., who will oversee the consent management platform.

“This technology allows users to easily review and understand the intent behind the use of their personal data, while offering financial rewards for authorizing the use of their data,” he said, without giving. More details.

The line is designed with artificial intelligence at its heart, with data used to manage electricity, water, waste, transport, healthcare and security, like many smart cities.

Data will also be collected from residents’ smartphones, their homes, facial recognition cameras and a host of other sensors, a sweep of data that Bradley said would provide information to the city and help it anticipate user needs.

But the country’s poor human rights record does not bode well for responsible use of data or protecting individuals’ privacy, digital rights experts have said.

“Surveillance concerns are justified,” said Vincent Mosco, a researcher on the social impacts of technology.

“It is, in fact, a surveillance city.”

Saudi Arabia’s communications and information technology ministry did not respond to a request for comment.

Increased digitization of all aspects of daily life has raised concerns about who owns personal data, how it is used and what it is worth.

Some data law experts, economists, and legislators have proposed data dividends, or payments for data, which is often collected without an individual’s knowledge or informed consent.

But experts are divided on how much to pay and whether such incentives will create a two-tier system in which some people’s data is deemed more valuable than others’, deepening the inequalities created by the Numeric fraction.

“Getting users to use a private consent platform is not a substitute for data protection regulations that protect people’s personal information,” said Marwa Fatafta, regional policy manager at Access Now, an advocacy organization digital rights.

“It looks like a privacy disaster waiting to happen. Adding money as an incentive is a terrible idea; it distorts people’s right to free consent and normalizes the practice of selling personal data for profit,” she said.

What NEOM proposes to do is just an “extreme continuation of what cities are doing today anyway,” said Jonathan Reichental, an adjunct professor at the University of San Francisco who studies smart cities and data governance.

“We are a data-driven world; we all consent to the daily use of data, and that data is leveraged by cities and organizations,” he said.

NEOM residents, by being paid for their data, will have an advantage over those who don’t, he said.

“By not being part of that, you’re missing out on financial gains,” he said.

Fahd Mohamed, a 28-year-old engineer who lives in Jeddah, agreed, saying if he lived in The Line he would consent.

“My data is already being used by social media platforms, ridesharing apps, etc.,” he said.

“This system is better because I get paid.”

With the increasing digitization of public and private sector services around the world, come the promised benefits of better governance and convenience – and growing concerns about surveillance and privacy.

In 2020, Alphabet’s Sidewalk Labs shelved a plan for a data-driven neighborhood in Toronto, while a resident of the Indian city of Hyderabad sued the state this year over facial recognition systems that it says him, constituted an invasion of privacy.

Users of NEOM’s consent management platform can decide what personal date to share, who has access to the data, monitor how it is used, and can opt out at any time, Bradley said.

The system will also alert users if data is being used without consent, or if there is suspicious activity or a data breach.

By sharing their location, health and movement data, for example, if a user is stationary for too long, a drone can be deployed to monitor them, Bradley said.

However, Faisal Al-Ali, a 33-year-old Saudi marketer in Dubai, was unconvinced.

“How can I be sure that data will only be shared for as long as I want, and only with the third parties or services I choose? ” he said.

Surveillance may not be The Line’s only concern. In some smart cities, residents have complained of feeling isolated and deprived of human contact.

All of this comes at the expense of human relationships, said Samia Khedr, a sociology professor at Ain Shams University in Cairo.

“Human relationships are a key social infrastructure,” she said. “Complex data infrastructures generally fail to meet the important social and cultural needs that are paramount to urban life.”

At least one Saudi citizen seemed to agree, calling for investing in real life and living cities.

“Isn’t it better to spend the billions spent on NEOM on upgrading the real cities in the remaining parts of the kingdom?” Fahd Alghofaili wrote on Twitter.