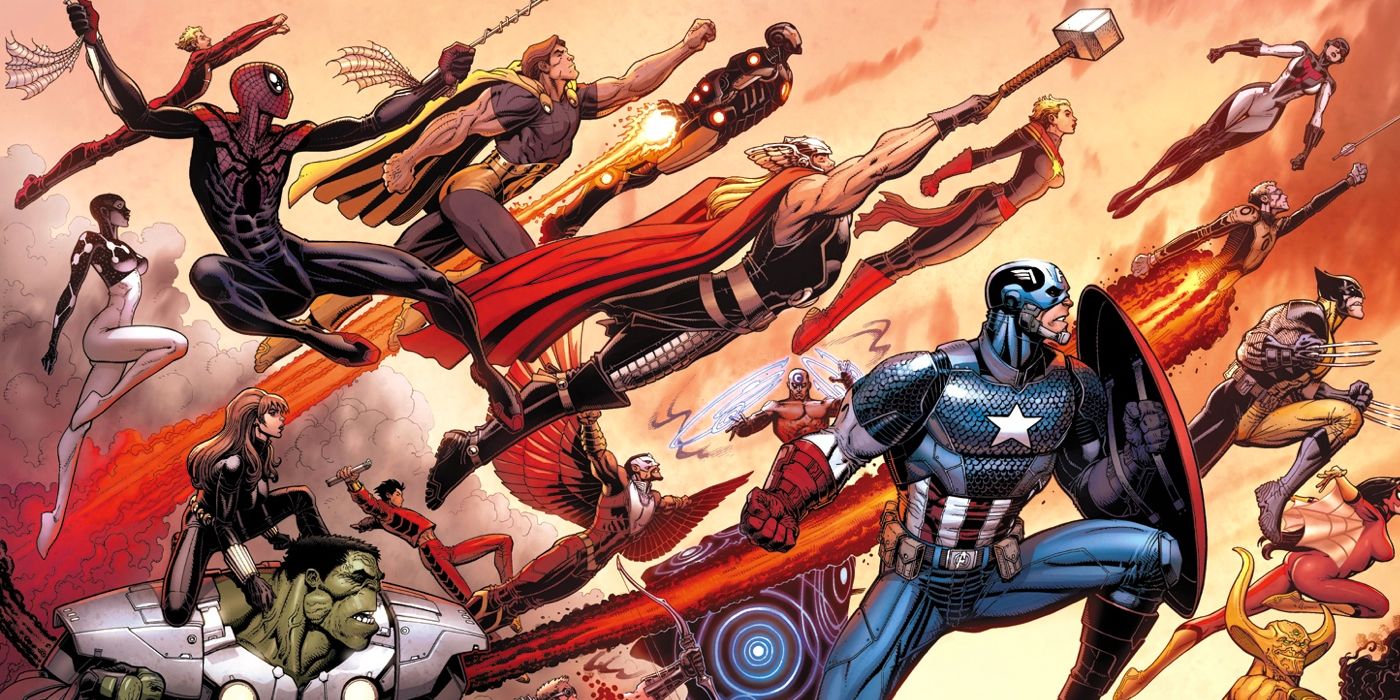 From the very first issue released in 2012, it was clear that Jonathan Hickman’s Avengers run would be unlike anything that had come before it, heralding a whole new era for Earth’s Mightiest Heroes. Spanning nearly 100 issues, Hickman has built a massive sci-fi mythos filled with clever ideas and long-running plot threads that shook the hearts of the Marvel Universe.

Hickman’s long stint on the Avengers included two interconnected series, each with its own unique sci-fi premise. During the avengers series, the team faced the fallout after different parts of the world were transformed by origin bombs. In comparison, New Avengers focused on the secret workings of the Illuminati, who used their combined knowledge to try to prevent the multiverse from collapsing.

RELATED: Marvel Turned The Avengers Books Into A Multiversal Calamity – And It Works

By taking such an ambitious direction with his two Avengers titles, Hickman was able to really let his imagination run wild, weaving so many fascinating concepts into every story arc he penned. In his avengers book, Hickman treated the team as technology that could be adapted and innovated, with Captain America and Iron Man expanding the team to include more members than ever before. Having such a giant ensemble cast really made this superhero team-up book stand out from all the others. It also fueled the series’ recurring theme “Avengers World,” which showed Earth’s Mightiest Heroes truly living up to their name, performing awe-inspiring heroic feats and saving the planet from those who would threaten it. .

Whereas avengers presented an optimistic view of superheroes, New Avengers finally revealed their darker side. Hickman managed to achieve this effectively by introducing the notion of an incursion, an event in which two parallel Earths gradually collided, resulting in either the death of both universes or the destruction of one of those Earths. It was a particularly novel idea, which forced the Illuminati to face a complicated ethical dilemma: were the lives of the many more important than the lives of the few? And if so, were they willing to destroy an entire planet to save their own? Therefore, New Avengers served as a thought-provoking study in the morality of superheroes.

As part of Hickman’s massive sci-fi extravaganza, he brought in many major actors. The sprawling Avengers lineup featured an eclectic mix of iconic mainstays as well as all-new characters. These additions included Captain Universe, a living embodiment of the cosmos, and Hyperion, who quickly transformed from a Superman pastiche to his own fully formed character. He rediscovered his purpose in life not only as a father figure, but also enjoyed a blossoming bromance with Thor. It shows that despite the plot-driven approach to Hickman’s work, he’s done a great job of giving the characters their own arcs, as well as developing their personal relationships.

RELATED: The Avengers’ Most Sinister Variants Were Earth’s Vileest Villains – And Could Be Coming To The MCU

It is important to note that Hickman was accompanied by several high profile artists, including Mike Deodato Jr., Jerome Opeña and Leinil Francis Yu. Both avengers and New Avengers were so visually evocative, as each artist wonderfully brought Hickman’s scripts to life, regardless of the subject matter, whether it was space travel, parallel universes, or future Earths. In New Avengers #21, Valerio Schiti and Salvador Larroca’s artwork was absolutely heartbreaking, with panels showing Black Panther conflicted over whether he should destroy a planet full of people to save Wakanda. This issue therefore demonstrated how the use of striking imagery heightened the emotional complexity of Hickman’s story.

Another prominent feature of Hickman’s Avengers run was its excellent villains, with cosmic-level threats and mad scientists appearing in every story. It’s clear that Hickman reveled in writing intriguing dialogue for Maximus and Doctor Doom. Enemies such as Thanos and even AIM played a recurring role in the stories, giving the feeling that these characters lived in a fully realized world. This era of the Avengers also featured exciting original antagonists, including Thanos’ henchmen, the Black Order, which soon made its MCU debut with Avengers: Infinity War.

Of all these villains, perhaps Hickman’s greatest creation was the Builders, the alien architects who effectively created the entire Marvel Universe. They have proven to be a force to be reckoned with in the Infinite event, destroying everything in their path on their journey to obliterate Earth. The Builders had an intimidating presence, with their chilling words and immense power, establishing them as a very real threat to Earth. Infinite was arguably the most action-packed story of Hickman’s tenure on the Avengers, as he transformed the franchise into a full-fledged space opera plagued with explosive interstellar battles. As Captain America hastily strategized with leaders from other planets, it felt like the Avengers’ biggest challenge yet.

RELATED: The Most Advanced Iron Man Ever Is Tony Stark’s Granddaughter

Hickman then knocked it out of the park with the “Time Runs Out” storyline, which jumped eight months into the future, to the very last days of Earth. The 20-issue epic was extremely well thought out in the way it gave each character a new status quo, and was jam-packed with unexpected twists to keep readers engaged. Therefore, seeing how Hickman pieced together multiple narrative threads he had built over dozens and dozens of issues is nothing short of mind-blowing. Although each episode of “Time Runs Out” increased the excitement for the climax Secret Wars event, with scenes usually lasting no more than a few pages each, making for a very engaging and quick read.

As a result, this particular arc managed to juggle all of its moving parts so well and had the ability to provide some deeply satisfying answers to all of the mysteries that hung around the previous stories. Looking back at Hickman’s run in its entirety, it was such a successful long-running sci-fi story because it played to his strengths as a writer. He consistently delivered clever stories that were dense with enjoyable characters and exciting new ideas, making for a very rewarding reading experience.