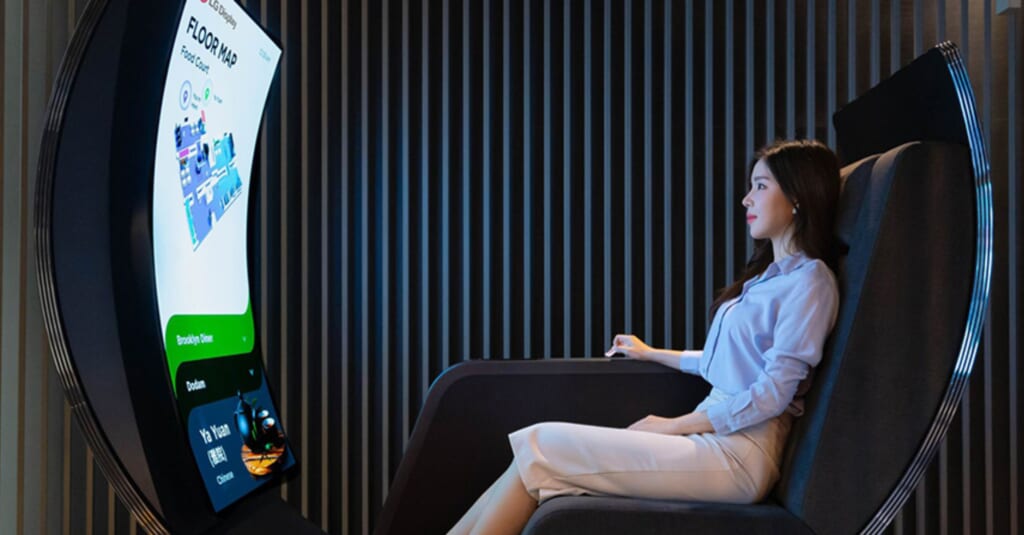 The futuristic semicircular recliner is touted as the “latest relaxation device,” but relaxation levels will certainly depend on what users watch.

A 55-inch curved OLED screen incorporates LG Display’s Cinematic Sound technology, allowing the screen to vibrate and create its own sound without external speakers. Robb Report likened the functionality to â€œsurround TVâ€ instead of surround sound.

Alpine scenes from The sound of music may indeed seem more relaxing, but shootouts Matrix resurrections should also be more intense.

The OLED display rotates 90 degrees at the touch of a button, allowing users to fully view media oriented vertically or horizontally. Tens of millions of self-emitting pixels eliminate the need for a separate backlight while providing excellent picture quality.

Hypebeast reports that the same kind of technology will be showcased on a second concept dubbed “Virtual Ride,” a stationary bike with three 55-inch stacked displays that feature the most extreme curvature of any large display, according to LG.

The Media Chair and Virtual Ride will both be on display at CES 2022 in Las Vegas from January 5-8.

New heart valves and blood vessels made from your own tissue