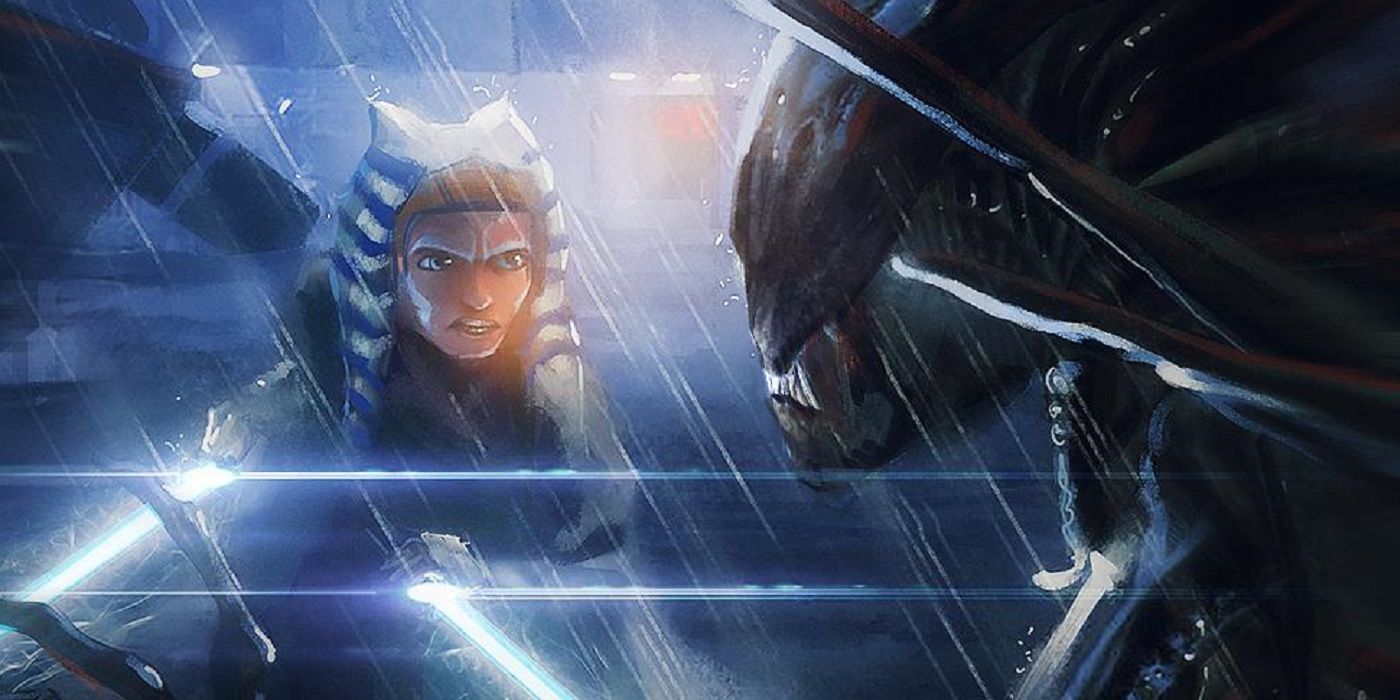 In this week’s The Line it is Drawn, our artists drew your suggestions for August Sci-Fi Ladies, with a spotlight on Ahsoka Tano

So every week I post a topic here. You answer them on the CSBG Twitter page (just write @csbg with your response), our artists will each choose one of your suggestions and I will post their designs here based on your suggestions each week. So each week you will have a new question and you will see the choices of the previous week.

To be eligible you must follow @csbg when you reply – so go follow us then provide your response to the next question / challenge (all suggestions must be submitted by 8:59 PM Pacific Sunday).

Our new Liners haven’t made this one yet, so let’s move on to another Line it is Drawn classic – draw comic book characters in the styles of classic newspaper comics!

Read on for the designs that were created thanks to the last question / challenge!

In honor of our own Axel Medellin’s August Sci-Fi Ladys, suggest a notable female sci-fi character and our artists will team them up with the sci-fi lady Axel has set for August 22, who is Ahsoka Tano.

I’ll put them in alphabetical order based on who made the suggestion.

All copyrights and trademarks of the following characters are held by their respective owners.

The art for this one is by Paul Shinn. Its website is here.

Ndnd of the planet Omicron Persei 8

Nick Perks is the artist for this one. here is his website.

This drawing is by Kimberly Hinrichs. His website is here.

This drawing is by Morgan Blunt. Its website is here.

River Tam from Firefly and Serenity

Axel Medellin designed this one. Its website is here.

Alita: the angel of battle

Seni Oyewole also made this drawing. here is his website.

Daniel Cox drew this one. Its website is here.

This drawing is from Afizeth Art. Its website is here.

This drawing is by Adam Star Ruvola. Its website is here.

Alright, folks, go tweet us some suggestions for next week! And be sure to follow the rest of Axel August Sci-Fi Ladies!

Captain America: How Marvel 2099 Kept The Legacy Of The Avenger Alive

CBR lead writer Brian Cronin has been writing professionally on comics for over a dozen years now at CBR (mostly with his “Comics Should Be Good” column series, including Comic Book Legends. Revealed). He wrote two comic books for Penguin-Random House – Was Superman a spy? And other comic book legends revealed and Why is Batman carrying shark repellant? And other amazing comic book trivia! and a book, 100 things X-Men fans should know and do before they die, from Triumph Books. His writings have been featured on ESPN.com, the Los Angeles Times, About.com, the Huffington Post and Gizmodo. It features entertainment and sports legends on its website, Legends revealed. Follow him on Twitter at @Brian_Cronin and feel free to send him any comic book story suggestions you’d like to see featured at [email protected]!

The PlayStation game series is reportedly being relaunched