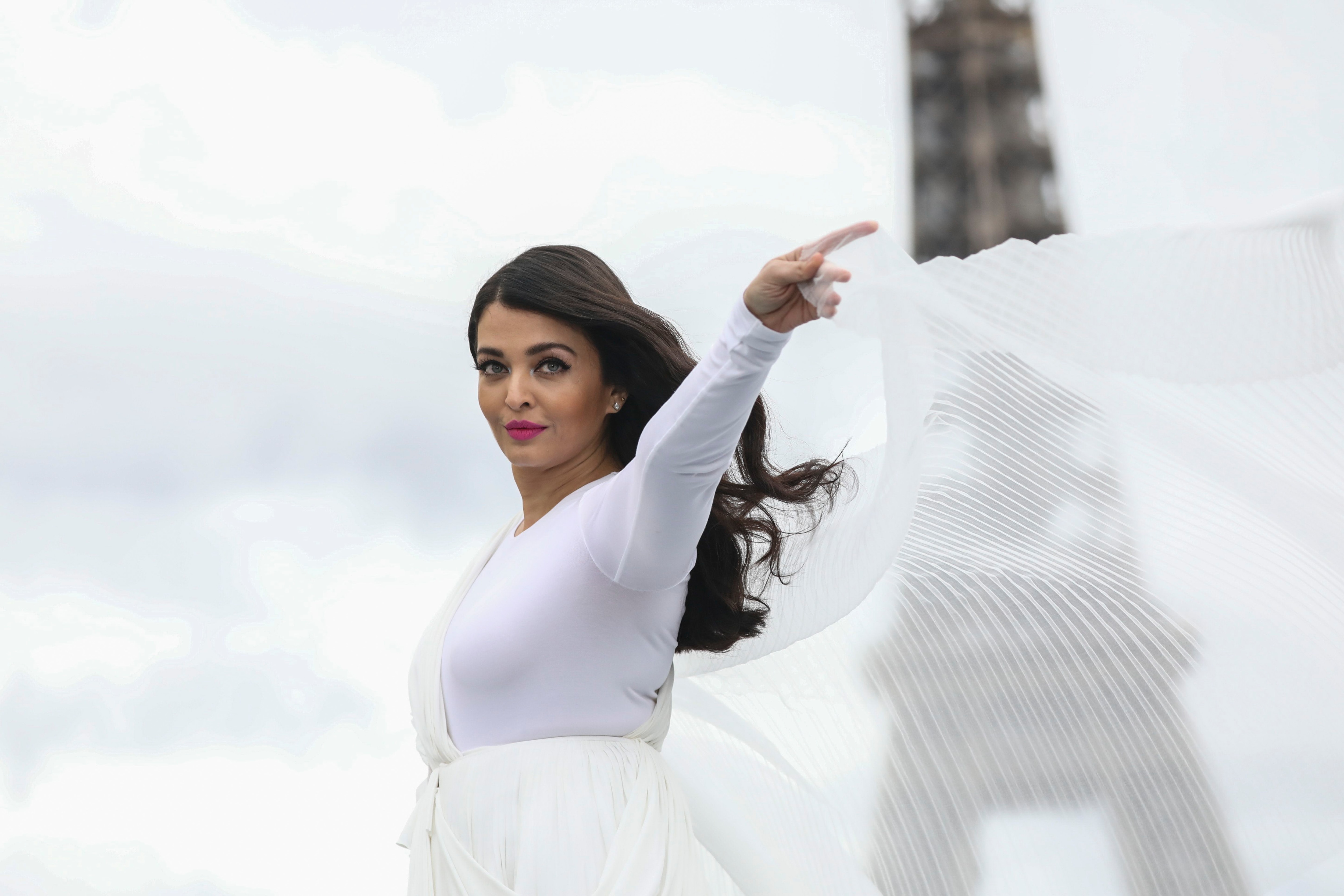 L’Oréal celebrates the emancipation of women and Givenchy becomes futuristic

L’OrÃ©al celebrated the 50th anniversary of its ‘Because You’re Worth It’ slogan on Sunday, with a parade featuring some of its most famous spokespersons, including Helen Mirren, Aishwarya Rai Bachchan and Camila Cabello. At Lanvin, Naomi Campbell stole the show in a black cape worthy of a superhero, while Givenchy served as a juxtaposition of the past and the present.

Daisy prints and Batman patterns might look weird, but that’s not the case on the Lanvin runway. Creative director Bruno Sialelli has continued to tap into the house’s Art Deco archives, taking the glamor one step further and calling his latest collection “bold and cheerful, free and shameless”.

The show kicked off with flowing doll dresses in feminine tones of lilac, turquoise and purple, paired with towering platform heels. Then came an explosion of floral prints and patterns from the 1940s Batman comics. The caped crusader made an appearance on men’s shirts, women’s crop tops, and bodycon metallic party dresses. The Resistance Piece: Campbell ends the show with a black superhero cape.

The huge La DÃ©fense Arena set the tone for Givenchy’s show, which celebrated big ideas. On a futuristic white oval runway, the models were followed by black robots on wheels. For his first live show, creative director Matthew Williams came up with an interplay of luxury and utility, lavishness and austerity, giving traditional silhouettes a futuristic overhaul.

â€œI wanted to build on the tradition of Givenchy’s story while really looking to the future,â€ Williams said in her show notes. â€œTo do this, I have worked with people I admire from different disciplines and who have truly unique perspectives, including artist Josh Smith, whose iconic work is incorporated throughout the collection, and musician Young Thug. , who created the entire score for the show. The collaboration and this collection give people a remarkably immersive and special experience.

Traditional masculine tailoring fabrics, including mohair wool, Napa leathers, cotton herringbone and Prince of Wales check, have been juxtaposed with neoprene and applied to corsets, peplums, shorts and mini skirts, as well as to more conventional costumes. Delicate English embroidery was left exposed, while tulle and other play on transparency added lightness to the collection.

Meanwhile, Smith’s intense color palette and iconic patterns, which include grim reavers, pumpkins and other “personal totems,” have been incorporated into men’s and women’s clothing, bringing a sense of joy to the proceedings. .

It’s been 50 years since L’OrÃ©al launched its now famous slogan, “Because you’re worth it” and to mark the occasion, the beauty giant organized a starred fashion show at the Parvis des Droits de L’Homme of human rights in Paris.

To reiterate the fact that beauty comes in all shapes, sizes and ages, L’OrÃ©al has called on a number of its spokespersons to parade the catwalk, including Mirren, Katherine Langford, Cabello, Aja Naomi King. , Soo Joo Park, Amber Heard, Rai Bachchan and Nikolaj Coster-Waldau. The clothes were designed by Balmain, Elie Saab, Mugler and Issey Miyake, as well as a selection of emerging houses such as Koche and Ester Manas.

French model Cindy Bruna opened the show wearing a fuschia jacket with shimmering purple leggings. She was joined by a troupe of dancers wearing T-shirts with the phrases: “I’m Worth It” and “Feminine & Feminist”.

The show was dedicated to empowering women and supported L’OrÃ©al’s training program, Stand up Against Street Harassment.

â€œI think it’s a blessed moment, that we are all here together again to celebrate womenâ€¦ shouting out to women and empowerment, L’OrÃ©al celebrating 50 years of ‘I’m Worth It’, and all of us here together feel strong, feel positive and envision the life ahead, â€said Rai Bachchan.