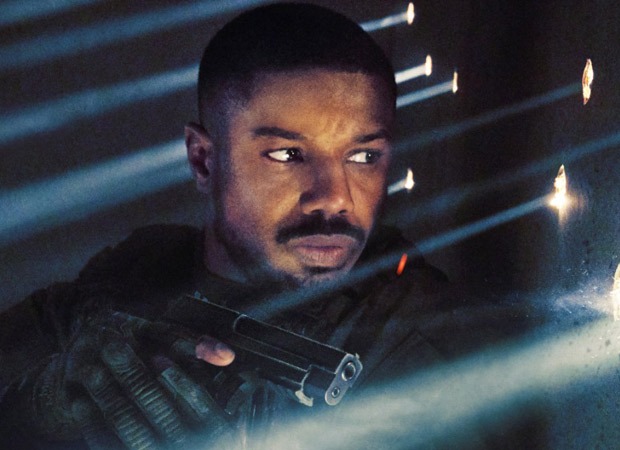 Michael B. Jordan on Without Remorse: ‘We play with the idea that war is a game of pawns and kings throughout the film’: Bollywood News

The next movie from Amazon Prime Video, Without remorse, makes all the right noises keeping the anticipation and excitement among the fans at their peak. It is a novel written by Tom Clancy which has now been turned into an action thriller starring Michael B. Jordan, Jamie Bell, Colman Domingo among others. This film is a spin-off of Jack Ryan’s iconic film series. The wait to see Michael B. Jordan as John Kelly will soon be over and all the cast are ready to entertain us and do the novel justice. With days to go, the star actor talks about the various characteristics of his character and gives us some phenomenal insights.

Michael B. Jordan on Without Remorse: “We play with the idea that war is a game of pawns and kings throughout the film”

Speaking of Tom Clancy’s brilliant writing skills and comparing two of his most famous characters, Jack Ryan and John Kelly, Michael B. Jordan said, “If it’s true that Kelly is a far deadlier warrior than the analytical Ryan, there’s more to the character. nothing but muscle,” observes Jordan. Jack Ryan is an intelligence agent, while John Kelly is a soldier who gets things done by any means necessary,” the actor explains. “But when it comes to achieving his goals, Kelly is like a master chess player who methodically charts every step of the way. Chess is something that I personally wanted to incorporate into the film, because when John is in mission, he always has specific objectives in mind, and to achieve them, he makes strategic decisions and actions.

The chess analogy goes even further, says Jordan. “We play with the idea that war is a game of pawns and kings throughout the film. Often in times of war, soldiers are referred to as pawns, as they are the ones who go out and do the dirty work on behalf of the larger agenda. These are the boots on the ground, and they fight for their lives as the protected kings and queens sit and give the orders. Then you have the rest of the pieces which are like the generals on the battlefield.

An elite Navy SEAL uncovers an international conspiracy as he seeks justice for the murder of his pregnant wife in Tom Clancy’s Without Remorse, the explosive origin story of action hero John Clark – one of the most from the Jack Ryan universe by author Tom Clancy. When a squad of Russian soldiers kills his family in retaliation for his role in a top secret operation, Chief John Kelly (Michael B. Jordan) pursues the assassins at all costs. Joining forces with a fellow SEAL (Jodie Turner-Smith) and a shadowy CIA agent (Jamie Bell), Kelly’s mission unwittingly exposes a secret plot that threatens to engulf the United States and Russia in total war. Torn between personal honor and loyalty to his country, Kelly must fight his enemies without remorse if he hopes to avert disaster and reveal the powerful figures behind the plot.

So get ready because you will feel an intense adrenaline rush and shivers down your spine watching this movie. Directed by Stefano Sollima, Without Remorse, an American action thriller is set to be released worldwide on April 30, 2021.