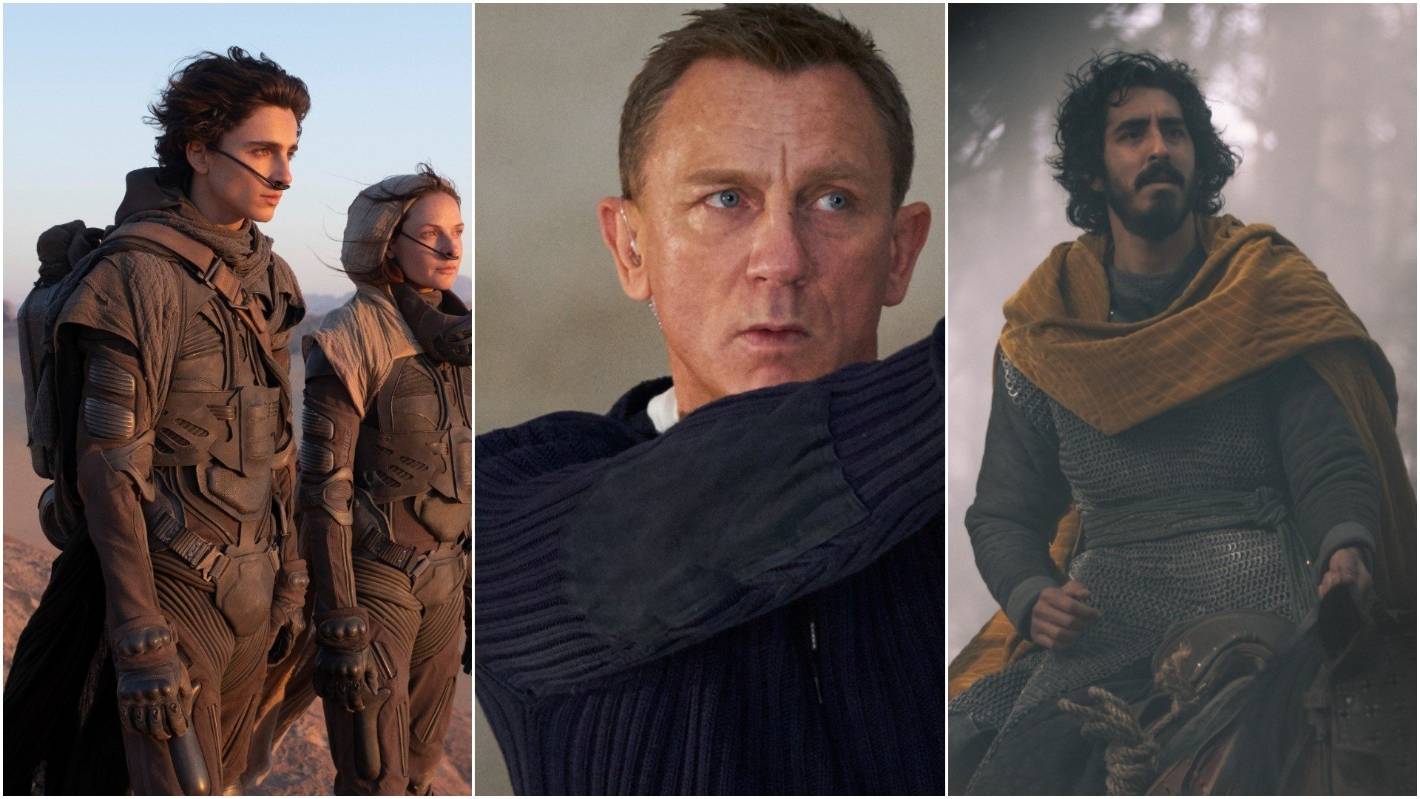 No time to die, Dune, the Green Knight among October’s must-see movies

Although Auckland cinemas are still closed, there is a wide range of options for moviegoers across the rest of the country this month.

Some of the titles hitting the big screen in the next four weeks include the drama Kiwi Juniper (October 28), French comedy The rose maker (October 7) and Icelandic cooler Lamb (October 14). Horror fans are well served, with the return of Michael Myers in Halloween kills and the creature feature starring Keri Russell Drink (both October 28).

Fingers crossed that the New Zealand International Film Festival can also kick off in Auckland (October 28) and Christchurch (October 29) at the end of the month.

READ MORE:
* Murina by Cliff Curtis, Toronto Fest’s top Kiwi Night Raiders co-production
* Ten excellent movies in Chinese (and where to watch them)
* Eight awesome shows and movies on TV newsrooms (and where you can watch them)
* How to delete your Netflix viewing history so that you can hide your guilty pleasures

However, after going through the timetables, Things to watch made a list of the dozen movies we can’t wait to see before Halloween dares to darken our door.

Marc-AndrÃ© Leclerc is the last extreme climber to have received documentary processing. The young Canadian leads a nomadic, almost off-grid lifestyle, while attempting some of the world’s toughest vertical climbs.

â€œIt’s a fascinating glimpse into a particular type of obsessive drive and the portrayal of a man who, as one of his contemporaries remarked, feels almost too comfortable on the flank of a mountain ” wrote that of the observer Wendy Ide.

A prequel to Zac Snyder’s zombies-in-Vegas movie Army of the dead, it follows the fortune of German cracker Ludwig Dieter (Matthias SchweighÃ¶fer) after he was recruited by a mysterious woman to participate in a series of heists across Europe.

Thanks to the Warners / HBO Max deal, fans of this highly anticipated title only had to wait an additional 10 months from its initial release date.

Planned as a two-film venture, this adventure on the desert planet Arrakis will be populated by Timothee Chalamet, Rebecca Ferguson, Oscar Isaac, Josh Brolin, Jason Momoa and Zendaya.

As a deadly virus spreads across the world, Dr. Martin Lowert’s mission is to reach a research center deep in the forest. However, his progress is hampered by an encounter with a man living off the grid.

Documentary duo Julie Cohen and Betsy West continue their excellent RBG with a look at the woman who revolutionized American cuisine.

Through her cookbooks and TV shows, Julia Child introduced housewives to the joy of French cooking, breaking down complicated recipes into easy-to-follow building blocks.

This endearing and enlightening tale beautifully captures the essence of a truly larger-than-life character.

Ben Affleck and Matt Damon co-wrote (with Nicole Holofcener) the screenplay for this historical drama based on Eric Jager’s 2004 book.

No time to die (October 7, cinemas)

Originally slated for April 9 of last year, Daniel Craig’s fifth outing – and apparently the last – as 007 opens with Bond having left active duty, but persuaded to help find a scientist. faded away.

Zach Galifianakis, Olivia Colman, Ed Helms, and Jack Dylan Grazer are just a few of the vocal talents on display in this animated adventure about a goofy tween and his new walking, talking, and digitally connected device.

Supposed to be his “out-of-the-box best friend,” Barney discovers that “Ron” has more than a few quirks that mean he never quite performs the way he’s supposed to.

The girl with the dragon tattoo Noomi Rapace and Head hunters Aksel Hennie goes head-to-head in this Norwegian action thriller about a dysfunctional couple who make their way to a secluded cabin “to connect” while plotting to jostle each other. However, their respective plans are interrupted by unexpected visitors.

“A tumultuous and ridiculous ride from a movie with a lot of twists and turns [and poop] to start,” wrote Bloody disgusting Trace Thurman.

Amazed, I am not here and Golden velvet Director Todd Haynes directs this deep dive into the life and times of the seminal New York rock group.

Led by Lou Reed, they were a major force in music for nearly a decade from the mid-1960s onwards, before going their separate ways and attempting various comebacks in the early 1990s.

â€œA brilliantly told story that makes hearts rise and break in equal measure. Haynes’ remembrance of the group, and the weather is crisp and loving. If you love music then you will love this movie â€, wrote Hi guys’ Jo-anne titmarsh.

This HBO documentary explores the chaos of the three-day music festival that was designed to echo the unity and counter-culture idealism of the original 1969 concert, but instead turned into riots, looting and sexual assault.

“This hard-hitting doc is like Summer of the soul upside down – instead of a musical celebration of well-being, it’s a long day of travel in ‘Break Stuff’ â€, wrote Rolling stones Rob sheffield.

The doco will also be available to stream on Neon from October 15.