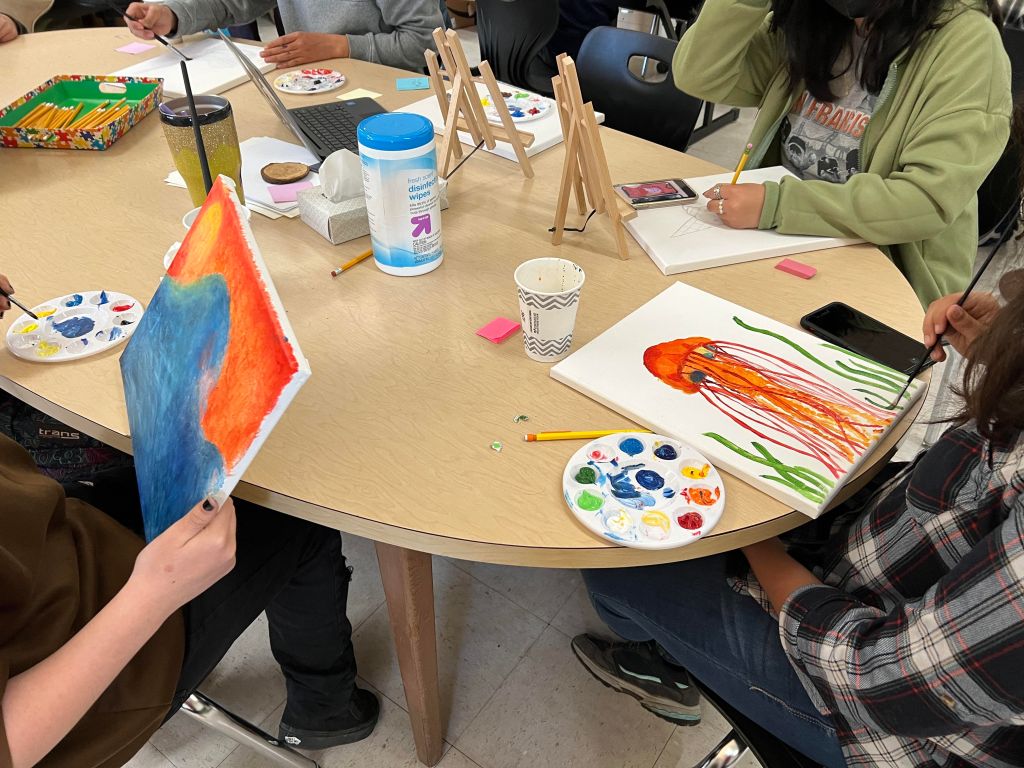 SpectorDance is hosting its second annual Monterey Ocean Arts Festival Saturday from 1-4 p.m. at the Monterey Museum of Art. The event will feature performances and visual art presentations by over 180 young local artists. Festival-goers can also learn about science and create their own art with local science organizations. Lectures by scientists and free admission to the Monterey Museum of Art will complete the afternoon.

Fran Spector Atkins, who founded the festival, began using dance to address social issues around 25 years ago. In 2010, she formed a collaboration with the Monterey Bay Aquarium Research Institute to choreograph performances on ocean science. In these pieces, which premiered at the Smithsonian in 2013, performers danced to music mixed with sound bites from ocean scientists.

After the success of this project, Spector Atkins hoped to bring more people to the intersection of ocean art and science. “I wanted to take the ideas we were working with and bring them to our community,” Spector Atkins said. “So we launched the Monterey Ocean Arts Festival.”

The inaugural Monterey Ocean Arts Festival brought together approximately 80 performers and over 250 attendees to Spector’s dance studio in Marina. After a two-year pandemic hiatus, the festival returns this weekend to a new venue: the Monterey Museum of Art. The museum is offering a free community day on Saturday so festival-goers can also stroll through the museum, Spector Atkins said.

This year’s festival is set to be even bigger than the first, with more than 180 performers aged 10 to 25. These include visual artists from CSU Monterey Bay, a mariachi band and dance group from the Greenfield Cultural Arts Center, musicians from the Dennis Murphy School of Music and more. Many visual artists and performers are also students at area high schools and colleges.

Spector Atkins said she hopes there will be many more Monterey ocean arts festivals.

“We see this as an annual event,” she said. “The momentum, the concept and the interest are all there.”