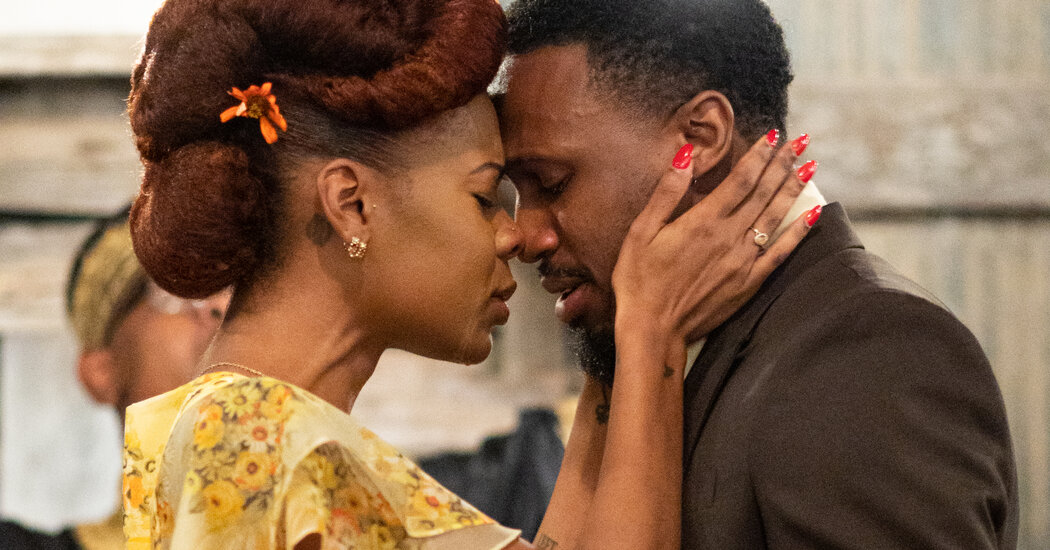 When Opera Memphis staged a production of “Porgy and Bess” at the city’s Orpheum Theater in the fall of 2006, there were at least two love stories playing out in the hall. One focused on the main characters in Gershwin’s opera; the other, two high school students in the audience.

Mr Williams, 32, was two years ahead of Ms Safiya at Overton High School, a creative and performing arts school in Memphis where he transferred after struggling at a mainstream school.

“I was regularly faced with absenteeism issues,” said Williams, who added that he had yet to develop an interest in creative pursuits when he arrived at Overton. â€œI was more concerned with keeping up with the latest Jordans, spending time at parties and trying to befriend as many young women as possible,â€ he said.

That evening at the Orpheum, on a school trip to the theater, Mr. Williams asked Ms. Safiya to sit next to him.

Some couples, recalling their first experience of seeing a movie or a play together, might expect them to say something about their inability to focus on the stage or screen, while they were caught up in their budding romance. Not Ms. Safiya and Mr. Williams.

For them what made the “Porgy and Bess” experience special was not only to be seated side by side in cramped theater seats, but to be moved – and to feel moved – by the performance. they were watching.

â€œThere is a song in ‘Porgy and Bess’ where she sings ‘I love you Porgy, don’t let him take me’,â€ Ms. Safiya said. She said the song, got her thinking “how important the feeling of being protected was as a woman” and wondered if Mr. Williams “was a protector”.

“This piece,” she said, “gave us both direction on how we wanted to spend the rest of our lives.”

Mr Williams said that “there was kind of a triangulation” as they watched the show.

From there, the two developed a relationship that oscillated, perhaps in a quintessentially adolescent fashion, between friendship and romance. Mr. Williams had a girlfriend at another school; he and Ms. Safiya never officially dated during this time. But they both agreed that they were more than friends. (The two shared a first kiss backstage at their high school theater, during a rehearsal for an adaptation of “Lilies of the Field” with Mr. Williams.)

â€œWe spent a lot of time talking on the phone and hanging out together in theater class, and skipping lunch to hang out,â€ Ms. Safiya said.

Commenting on their relationship at the time, Williams added, â€œWe were deeply interested in each other’s minds. We think younger relationships are somewhat superficial, but I remember being immediately impressed by the originality of its thinking, its fashion, and its existence.

In early 2007, while still in high school, they performed together in a production at Hattilo Theater, which had just opened its doors and has since grown into a major repertoire house in Memphis. Ms Safiya said she recalled getting into trouble during this time: she was making entrances on the wrong side of the stage, having walked backstage to hang out with Mr Williams.

After graduating from high school, Williams enrolled at the University of Memphis, where he earned a bachelor’s degree in economics. He and Ms. Safiya have remained in touch, although their relationship has remained platonic. They performed together at a local summer theater program, Echoes of Truth, where their performances included a room in which their characters dated.

Ms Safiya and Mr Williams insist it was a coincidence. Nonetheless, it gave the two a glimpse of what a couple could officially be like.

“We were just walking on the stage holding hands,” Williams said. “I remember thinking to myself, ‘Oh, I could get used to it.'”

After graduating from high school in 2009, she moved to Washington to study at Howard University, where she studied theater education. But they continued to keep in touch as friends.

â€œWe would even talk about our other romantic relationships and could give each other some really honest advice and thoughts,â€ Ms. Safiya said. “One of the things that has kept our relationship going is that we’re friends first.”

They stayed in touch when Ms Safiya left Howard in 2012 and moved to Brooklyn to pursue a career in music in New York City, a choice Mr Williams said he admired.

“I was so inspired by his willingness to go to New York without a plan, in pursuit of the thing, “he said.” She was chasing her dreams.

After graduating from the University of Memphis, Mr. Williams worked for the City of Memphis Housing and Community Development Division and then for an education program at the Benjamin L. Hooks Central Library. He also ran a local jazz club, the Dizzy Bird Lounge, and continued to perform in plays at the Hattiloo Theater.

In 2013, when Ms. Safiya started posting R&B music to Bandcamp and YouTube, Mr. Williams became more than just a friend – he was also a fan looking for his job. Every now and then he even invited Ms Safiya to perform at the Dizzy Bird when she returned to Memphis to visit her family.

Ms Safiya was surprised to find that Mr Williams was following his music so closely from afar.

â€œI didn’t know if anyone was listening to her – I was pretty sure no one was, actually,â€ she said. “But he would know the words.”

In November 2015, Ms Safiya returned to Memphis for several months to help her brother and sister-in-law, who were expecting their first child. The trip gave him and Mr Williams the opportunity to spend more time in person together than they had in years, including at a baby shower for his sister-in-law who ‘he organized.

At the time, she was single and he was recovering from a breakup.

It was during this trip to Memphis, Ms Safiya said, that she realized she was ready to try something formal with Mr Williams. But he needed more time. When she returned to New York, however, her mind remained in Memphis, with Mr. Williams.

By the time she decided to move from New York to Memphis in 2017, so was Mr. Williams.

He picked her up from the airport when she returned, and in the car they talked about their mutual desire to build a lasting romance. They are planning on dating – their first real date since they met.

The couple dined out at Ecco on Overton Park, a bistro in Memphis. Of the evening, Mr Williams said, â€œThere was that kind of chemistry brewing with us in this space that we hadn’t really allowed ourselves to consider or explore in years. “

Ms Safiya added: “It was as if we were clearly entering a new chapter in our relationship.”

They moved into an apartment together a few weeks later, and about a year later, into their current home in Memphis.

Mr Williams proposed in April 2021, as the couple turned a music video for a song by Ms. Safiya, who is a freelance singer-songwriter in Memphis. Mr. Williams works as an actor based in Memphis; her recent credits include a recurring role in the Starz drama “P-Valley”.

The two tied the knot on September 5 in Mound City, a former farmhouse that has been converted into an event hall and rental property in Marion, Ark. The couple chose to get married there because of its history.

â€œWe chose it because it was on land known to be a burial place for Native Americans and then also sharecropping and, presumably, slavery,â€ the bride said. “We knew this land deserved to see some black people experience joy.”

David Arnett, Baptist pastor and uncle of the bride, officiated in an outdoor ceremony in front of about 50 guests, mostly family members. It began with a libation ritual inviting the couple’s ancestors into space and included several a capella performances by friends of the bride and groom, who, after taking their vows, hopped on the broom. Masks were available for all guests.

In the interest of sustainability, Ms. Safiya and Mr. Williams purchased second-hand outfits. He wore a vintage brown suit from the Lucky Exchange store in Atlanta; her yellow floral dress was from Stormy Normy Vintage, an Etsy store. Both of their outfits included cowboy boots, which the couple bought from the Clothing Warehouse, an Atlanta store.

Recently Mr Williams said he noticed a change in Ms Safiya. As a performer, he said, she has always had a fierce stage presence – “a warrior queen or a drunken saloon owner who insults clients” – while her offstage character is marked by “the tenderness, conscience and gentleness “. But in the last six months or so, he said, that line has faded.

â€œI’m looking at these two ways of being really merged into one,â€ Mr. Williams said.

Or Mound town in Marion, Arche.

The truck The day before the wedding, Mr Williams bought an old red Ford pickup truck, in keeping with the wedding farm theme. He tied Coca-Cola bottles to the back, something he had seen in the movies. But off camera, the bottles turned out to be less romantic. â€œThey didn’t make noise,â€ he said.