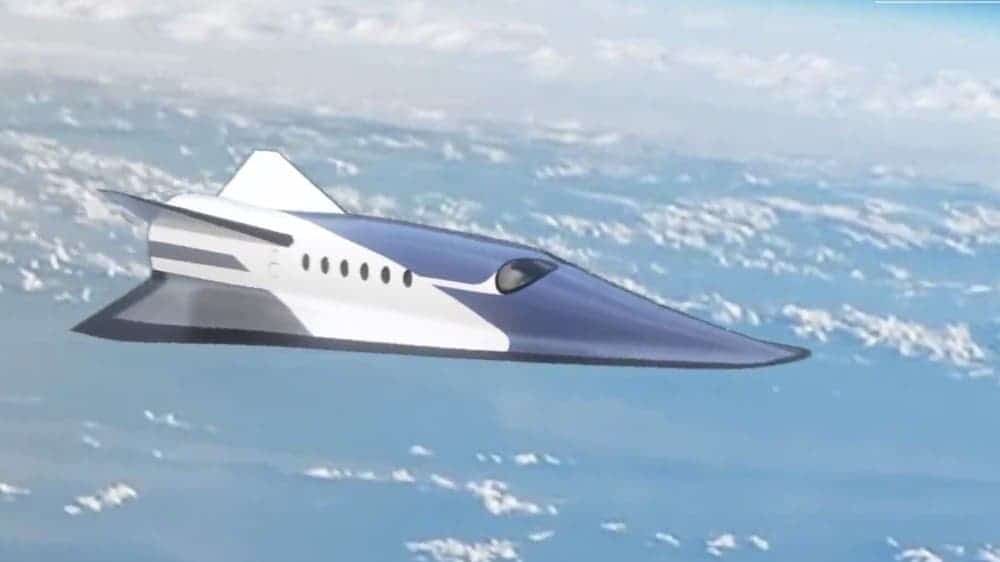 Chinese company Space Transportation wants to tackle the growing space tourism market with a winged rocket capable of suborbital travel. The reusable space plane could fly wealthy tourists to the far reaches of space and then land them on the other side of the world in no time. A trip from Beijing to New York would only take an hour.

Space Transportation was founded in 2018 and last August successfully raised $46 million to develop its flagship supersonic space plane. Although details are still scarce, a video presentation on the company’s website shows passengers boarding a vertical plane attached to a glider wing with two boosters. Once it reaches a high altitude in the stratosphere, the aircraft detaches from auxiliary power, with the wing and thrusters landing alone on the launch pad. The plane, now in suborbital space, heads for its destination, returning to the launch site after passengers experience a brief stint in zero gravity or a completely different destination, virtually no anywhere in the world. Touching is done vertically on three legs deployed from behind, according to Space.com.

The developers behind the project seem pretty serious about it. So far, they have conducted 10 flight tests for the self-landing booster rockets, the latest of which was conducted in collaboration with a combustion research laboratory at Tsinghua University.

In many ways, Space Transportation resembles China’s version of Virgin Galactic and, to a lesser extent, SpaceX. In the summer of 2021, Virgin CEO Sir Richard Branson made headlines after completing an 11-minute suborbital flight, reaching 88km above the Earth’s surface. Just a week later, fellow billionaire Jeff Bezos crossed the Kármán Line, the internationally recognized boundary of space, nearly 100 km above the Earth’s surface, aboard a capsule launched by Blue Origin’s New Shepard reusable rocket.

Global space tourism is expected to reach just $1.7 billion by 2027, according to a report published in 2021. Virgin Galactic has hundreds of ticket reservations for future flights, sold for between $200,000 and $250,000 each. No booking data has been made public by Blue Origin, but we can assume that they will soon start operating more commercial space tourism flights.

However, neither Virgin Galactic nor Blue Origin seem interested in point-to-point travel. In addition to potential space sightseeing flights, Space Transportation’s vehicle also doubles as a supersonic aircraft capable of traveling at over 2,600 mph. SpaceX had planned a similar concept when it announced its “Earth to Earth” project in 2017, which reuses its “BFR” rocket originally intended to carry passengers to Mars. But Elon Musk’s company has not released details of this city-to-city passenger service since then, which could mean it could have been scrapped entirely.

SpaceX may have found supersonic city-to-city travel financially unfeasible, but Space Transportation seems undeterred. It plans ground tests by 2023, first flight by 2024, and a crewed mission by 2025. Looking further into the future, the Chinese startup dreams of testing an orbital space vehicle, the kind that SpaceX uses to ferry crew and cargo to the International Space Station by 2030.