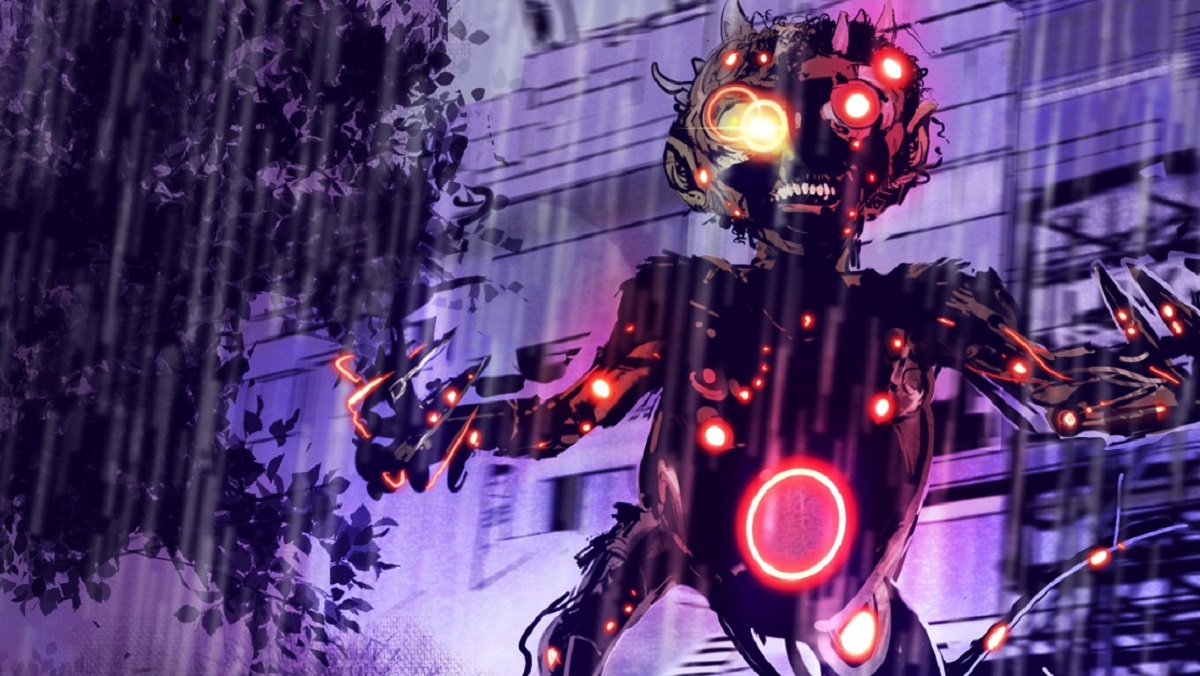 Phil Jimenez on THE WILD CHOIR’s inspirations from magic, science and pop culture

comic book creator Phil Jimenez has been an industry staple for three decades. He is behind an emblematic race on wonder womanand recently, his number History of Wonder Woman: The Amazons won him a well-deserved Eisner Prize. Add to that The Invisibles, New X-Men, JLA/Titans, Infinite Crisis, The Amazing Spider-Man, and many more, and you have quite a legendary resume.

In 2006, he created his own universe with the science-fantasy series Other world for Vertigo. Now, more than fifteen years later, he has reinvented this series as The wild choir for Zestworld. We had the chance to speak with Jimenez about recreating his vision for the 2020s, and how it both changed and stayed the same.

Nerdist: For all our readers unfamiliar with the original Other world, what’s your “back of the VHS box” synopsis for what it is? How would you describe it to someone who has never read it?

Phil Jimenez: So the original Vertigo project, which this project is based on, the pitch was, “What if the cast of Lost landed in Middle-earth instead of this island? What if Middle-earth was at war with TRON“Basically, the original book was about a group of mostly young people from Los Angeles who were kidnapped and taken to another world, another dimension. And then forced to fight a war between the two opposing notions of what world. That was the big, big arc of the story.

And then in this context, I was able to investigate things that were brewing in my head. Some great ideas that had germinated in my head after September 11 and the Gulf War. So I always like to say it was a great idea book. I’m not sure this is a particularly moving book. I’ve done invisible not too long before that. And I was trying to make big swings, some of which were successful, some of which weren’t. But that’s mostly what it was about. It was about groups of friends divided in a war, and how they end up choosing sides, and whether they stuck with them or not.

So, as you mentioned, the book first came out of Vertigo/DC in 2006. But I think there were supposed to be 12, and only seven of them came out.

Jimenez: Only seven of them came out. They sent me to Infinite Crisis then I renegotiated my agreement with them. And so I put the book on hold for a very long time.

All these years later, you try again. Do you see this as a total overhaul? Or is the former still canon at all?

Jimenez: I see this as a reinvention. It was impossible for me to come back 15 years later and pick up where I left off. So what I wanted to do was take the elements of that work that I loved, including some of the characters, but regenerate them from scratch. Having had 15 now to think about it… I wanted to start small, I wanted to start human.

Also, I wanted to start in 2022 rather than 2006. A lot has happened in the last 15 years. So the idea was to take the format proposed by Zestworld and reconfigure everything according to that. And make it small, digestible, easy, and again, focus a lot more on the human stuff than the big conceptual stuff, which is nice, but not very emotional.

You grew up in Southern California. But you moved to New York long enough ago. So I think you’d agree that you’re more of a New Yorker now. But you based the cast of the show, both the original and the new, in Los Angeles. Is there anything about it that makes it a California-specific story for you?

Jimenez: This first chapter, this first book is in Southern California. Partly because the main character is loosely based on my mother. But other stories, assuming they continue, as there are five separate chapters, will take place in different locations. The next one… come to think of it, is also partly set in Los Angeles. Because this story has a lot to do with gay Mexicans. And so in my head, there are a lot of Mexican traditions, including my family, that are kind of rooted in Southern California.

Jimenez: Of course. i mean the Dungeons and Dragons (80s cartoon) was the complete inspiration for this. A group of children suddenly swept away to a magical land. i mean the original Other world, the stuff that this material is based on, was so much about my childhood, including this cartoon. It was a big problem. But to be honest, the very first one that stuck in my head was Chronicles of Narnia. You pass through the back of a closet and you are suddenly in a universe.

Also, actually, to be fair, the precursor to all of this, of course in my childhood was the Land of the Lost. You go over the waterfall and suddenly get sucked into a different world with a different dimension, with different rules. And the thing that I’ve always loved Land of the Lost was, even though it’s a kids’ show, because they had all these science fiction writers, there were all these internal rules about how the world worked. I thought that was very cool. So the idea of ​​being picked up and sucked and pushed somewhere, it’s kind of pretty. But it’s something that clearly appeals to me as an idea.

But what about magic versus science as a concept that appealed to you? Was it coming from the comics growing up?

Jimenez: No no no. The original material that I relied on, I rooted it very specifically in the post-9/11 readings, the war in Iraq, where they suddenly positioned the world in two forces. And it was religious fundamentalism on one side, and then a sort of soulless, unfettered capitalism on the other. It was a bit like the evils of technology against the evils of fundamentalism. Thus, magic and science eventually became metaphors for these ideas. It’s kind of what I want.

And then a lot of the readings I was doing were basically saying that the problem with religion and the problem with science, when you talk about these two conflicting ideas, is that they solve different problems. They solve different human problems. And our constant need to merge them or make them work dilutes them both. I’m not a religious person at all, but I know a lot of people who are, and clearly, belief systems are huge in the world. And the notion of making sense of cold science is very difficult for people. But I wanted to explore at the time, what was being positioned by all of these media outlets was basically the great culture war and who was going to win it. And so magic and technology became perfect visual metaphors for that.

You said in a statement that this series “addresses everything from war to religious fundamentalism through the lens of a racially and sexually diverse cast.” Now we both know that meant something totally different in 2006 than it does today. So how did everything that happened change history for you?

Jimenez: Well, I certainly grew up. Even, I never stop growing and changing or evolving or learning. So a lot of what I learned is kind of pieced together in those characters. Most of the characters we’ll see in the first round of stuff are new. And I hope there will be some, they will be more dimensional than the original ones Other world. They were based on people I knew and I built them to be archetypes in a hero’s journey.

And the other thing that I’m personally interested in, honestly, is I would say Latinx representation, which wasn’t the case for me 15 years ago. And that’s really something for me now. So the next big chapter in this book deals with that over three generations. And that’s partly based on my family and some experiences I’ve had. But it’s, if anything, what’s changed is my interest in this particular part of race and sexual politics, which I feel, at least for me, I haven’t explored much in comics.

Now, you’ve worked with a lot of other great creators on different books over your career, but I think one of the best creative partnerships you’ve ever had is Grant Morrison. You two created the Invisibles together, and it was amazing.

Jimenez: I learned the most working with Grant. Because they had more ideas coming off their little fingers, as they say, than I’ll ever have in my life. And because they’re a genius, and because they love that stuff so much. They love the medium of comics, it carries over to everything they do. He’s also a messy writer, which I like because I’m the same. And I mean, they just make great swings, and most of the time, it’s awesome.

So, does this version of the story have an endpoint in mind? Or do you see it as something that could go on forever?

Jimenez: So I have both. I have an end if one is needed. And what I would really, really like is finally a place where young people can come and create their own other worlds and different worlds. I just want to start it. And in a perfect world, that’s what it will be, eventually. Just let it go, and let people add to it and build on it and sort create and maybe teach through it too. So it’s only a small start to move something forward. If it has to roll up, it can roll up. But in an ideal world, he will find a different life with other different worlds of other creators of all types.

The first chapter of The wild choir, “She Used to Be Me, Part 1,” is now available to paying Phil subscribers here. Paid subscribers get exclusive early access to new chapters for a period of two weeks, after which they become free to read for anyone who visits Zestworld.