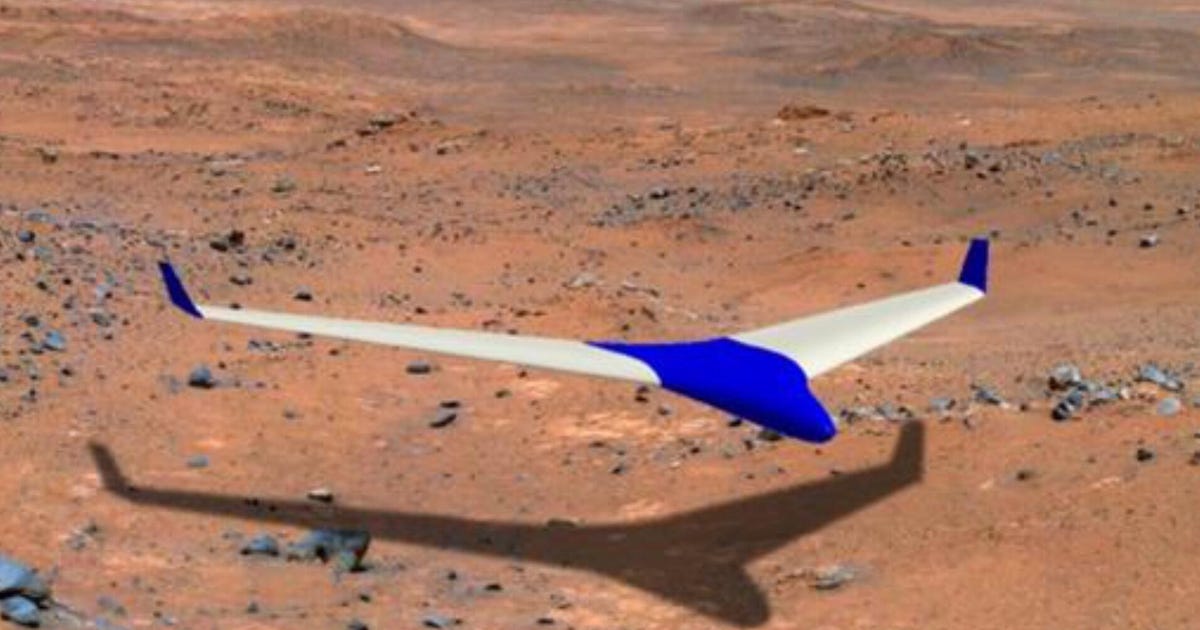 Planes on Mars: engineers design a glider for another world

This story is part Welcome to Marsour series exploring the red planet.

In April 2021, NASA’s Ingenuity Mars helicopter took to the skies and ushered in a new era of above-ground exploration on the Red Planet. A team led by engineers from the University of Arizona wants to fly even higher with an ambitious concept of a motorless glider that could hover above the Martian surface.

A paper published this month in the journal Aerospace details a preliminary design for a Martian glider that could bridge the scientific observation gap between surface rovers and orbiting spacecraft. The proposed aircraft would be equipped with sensors and cameras and use wind power to fly for hours or even days.

NASA researcher Alexandre Kling, co-author, called the first few miles above ground an important area of ​​study in a statement from the University of Arizona on Thursday. “That’s where all the exchange between the surface and the atmosphere happens,” Kling said. “That’s where the dust gets picked up and sent out into the atmosphere, where the trace gases are mixed, where the modulation of the large-scale winds by the flows from the mountain valleys takes place. And we just don’t have much data about it.”

The Arizona team’s concept plane would weigh just 11 pounds (5 kilograms) with a wingspan of 11 feet (3.4 meters). It could be packaged into a small satellite, delivered to Mars as part of a larger mission, then unfold like origami or inflate to its final size. The researchers are also considering atmospheric delivery via a balloon or airship that could serve as a docking station for the aircraft.

Mars has a thin atmosphere that makes flight difficult, but Ingenuity demonstrates that powered, controlled flight is possible there. The solar rotorcraft is a remarkable machine, but it cannot fly very far or very high or for very long.

Mars pits: Peer into the abyss with these wild NASA images

The idea of ​​the glider does without solar panels and batteries and uses a resource already abundant on Mars: the wind. This could take the form of “dynamic flight”, a flight technique used by albatrosses on Earth.

“Dynamic soaring resembles the S-shaped configuration that skiers use to control their descent from a mountain,” the university said. “However, each time the glider changes direction, it also begins to change altitude – and rather than slowing the glider down, the maneuver helps it gain speed.”

Mars gliders are a long way from being launched into space, but the team plans to conduct high-altitude tests with experimental aircraft on Earth to better understand how they might perform in Red Planet conditions.

Ingenuity’s success opened up the Martian skies. Gliders could extend this capability in extraordinary ways, flying over volcanoes, canyons and craters, giving scientists a new way to look at Mars.

Melbourne Rental: Futuristic Space Shuttle With Single Beds For Rent For $250 A Week