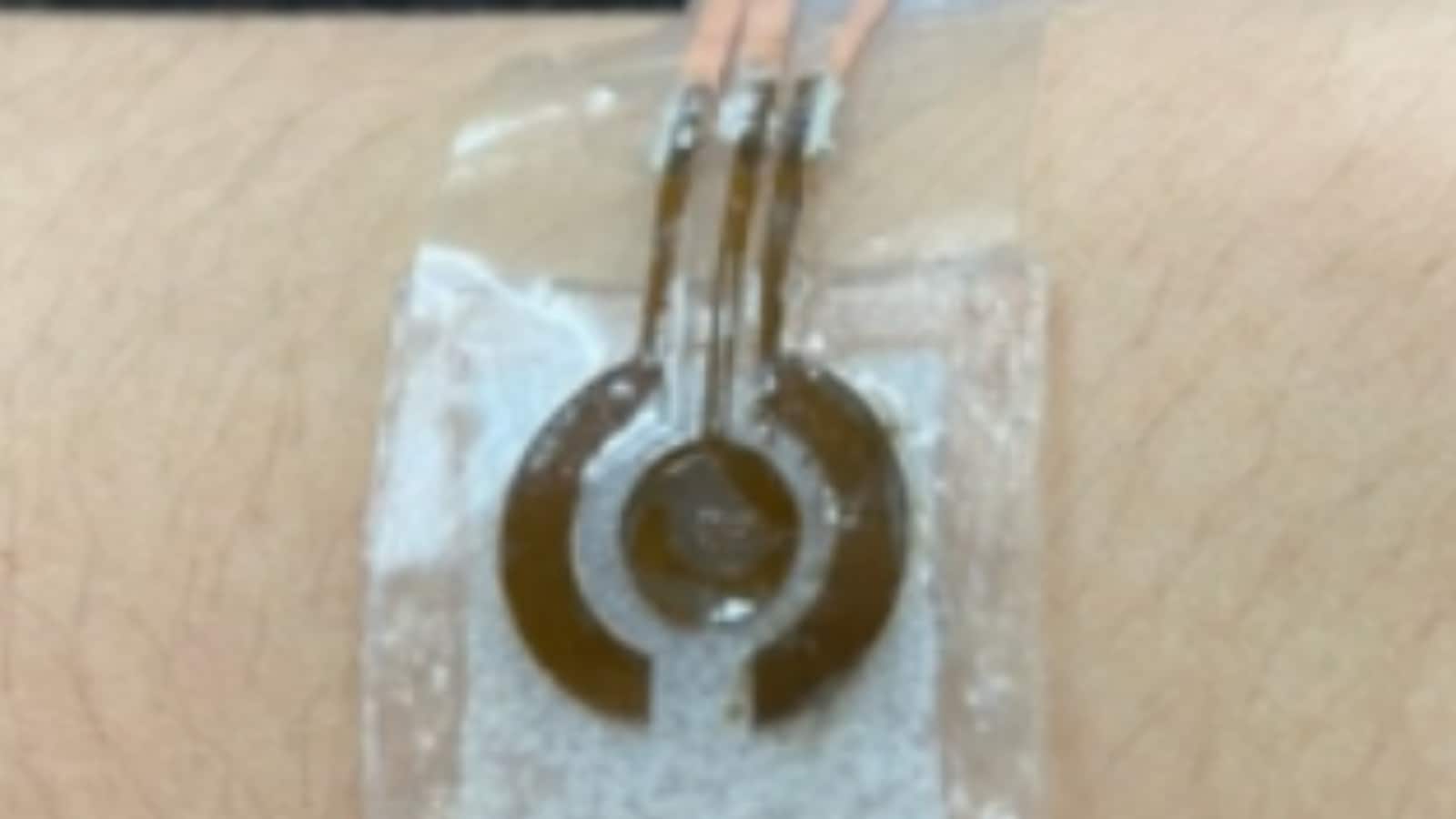 Worried about pricking your fingers every morning to monitor your blood sugar? Rest assured, American scientists have developed the prototype of a portable glucose monitor, the first of its kind, that uses sweat on the skin instead of needles. A team from Pennsylvania State University first constructed the device with laser-induced graphene (LIG), a material made up of layers of carbon the thickness of an atom in different shapes. While the LIG appeared to be an ideal setting for the sensing device, it was “not at all sensitive to glucose”.

The team then chose nickel because of its high sensitivity to glucose and combined it with gold to reduce the potential risks of an allergic reaction.

The sensitivity of the nickel-gold alloy allowed the team to rule out enzymes, which are often used to measure glucose in more invasive and commercially available devices, said Huanyu “Larry” Cheng, professor at the Penn State Department of Engineering and Mechanical Sciences.

However, non-enzymatic sensors require an alkaline solution, which can damage the skin and generally limits the portability of the device. To curb this, the team attached a microfluidic chamber to the LIG alloy, which is connected to a collection inlet that allows sweat to pass through the solution without allowing the solution to touch the skin.

The basic solution interacts with the glucose molecules to produce a compound which reacts with the alloy. This reaction triggers an electrical signal, indicating the concentration of glucose in the sweat, Cheng said.

In a proof-of-concept test, researchers used a skin-safe adhesive to attach the reusable device to a person’s arm one hour and three hours after a meal. Subject performed a brief training session – just enough to produce sweat – just before each measurement beat.

A few minutes after collecting the sweat, the researchers found that the detected glucose concentration dropped from the first measurement to the next. The glucose readings of the device were verified by measurements made with a commercially available glucose meter.

â€œWe want to work with doctors and other health care providers to see how we can apply this technology for the daily monitoring of a patient,â€ Cheng said. “This glucose sensor serves as a fundamental example to show that we can improve the detection of biomarkers in sweat at extremely low concentrations.”

Channeling Tokyo’s late-night Izakayas, Chris Lucas’ Yakimono kicks off for the first time on November 5 – Here’s what to expect