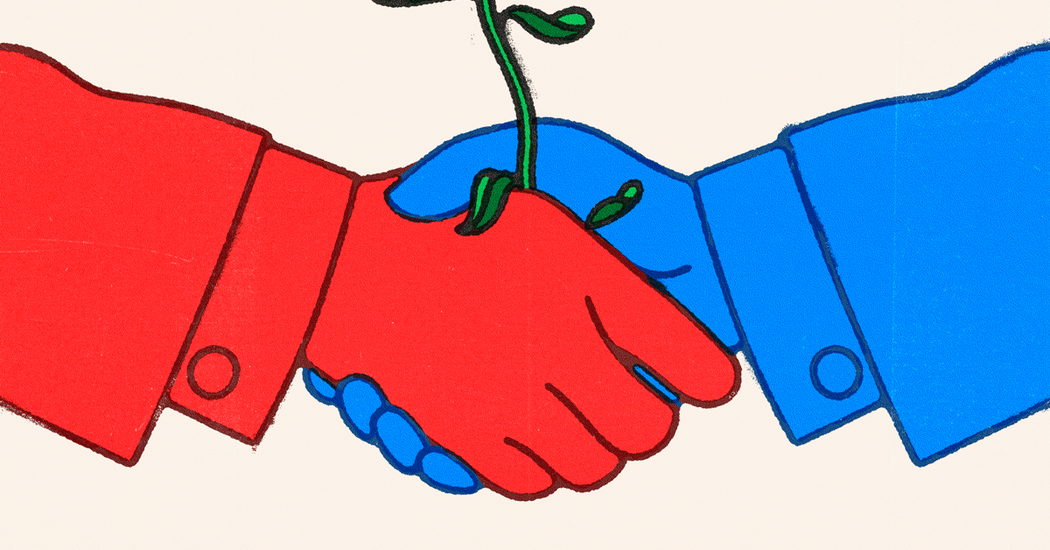 Reviews | Is there a way to reduce political hatred?

The program ended with a “deep dive into the criminal justice system – we met with corrections officers, visited prisons and went to the Michigan State Capitol,” graduate Alexis Lewis told me. of Spring Arbor this spring and who participated in the program. She said the discussions “could get uncomfortable at times,” but she was surprised by the honesty and mutual understanding expressed by the participants. “I think we dehumanize ourselves when we have different opinions, but in Bridging the Gap we started out telling our stories, and that made you care about the other person,” she said. “It wasn’t about trying to change someone’s point of view, it was about realizing that the truth you have may not be the whole truth.”

I’m convinced (well, I’m trying to convince myself) that most Americans are like Mrs. Lewis. They are tired of culture wars; they want to understand and get along with people who are different from them. It is true that a few zealots transform political ideas into infallible dogmas because they seek the sense of community once offered by traditional religion and because they seek ideological substitutes for the doctrines of original sin, predestination and divine justice – that perverse mix of control and victimization that tempts humans when the prospect of taking real responsibility becomes too daunting.

But a much larger proportion of Americans want their sense of agency back. They belong to what More in Common, the organization I mentioned earlier, calls “the exhausted majority”. A recurring theme in my conversations with young believers on both left and right is their yearning for the freedom to escape political tribes. Their refusal to be bound by the habits and fears of their parents’ generation echoes the special role that young Americans played in the detente between Catholics and Protestants two generations ago – and perhaps history interfaith conflict has something to teach us about rebuilding working relationships between Republicans and Democrats.

While today’s hatreds seem inextricable, it’s heartening to remember how far Americans have come since, say, 1960, when John F. Kennedy’s presidential campaign spurred evangelical Protestants into mounting a warning media blitz voters that a Catholic president would be a pawn of the Vatican, that prolific Catholic families were taking over the country, and that patriotic Protestants should not let accusations of anti-Catholic fanaticism stop them from sounding the alarm. “Are we entering an era of Roman Catholic domination in America? Harold Ockenga, a prominent evangelical pastor, asked in a rousing speech several weeks before the election. “Will there be a denial of rights, freedoms and privileges for non-Catholics?”

Although the occasional anti-Catholic bias persists in some circles today, many Americans hailed the Catholic faith of our 46th president with a collective shrug. Over the decades, a complex series of socio-economic, cultural and ideological changes allowed Protestants and Catholics to recognize themselves as human beings capable of cooperating in the democratic process and even of merging their families. Young lay believers have contributed at least as much to interfaith understanding as bishops and theologians. Protestants and Catholics funded by the GI Bill sat side by side in college classrooms after World War II; they walked side by side in the civil rights movement; they worshiped together in the charismatic revival movement of the 1960s and 1970s, when Pentecostal-style revivals swept through all Christian denominations and had a particular impact on college campuses.

It is crucial to see that young Catholics and Protestants were not simply the emissaries of an inevitable generational change. In the interfaith friendships they have formed, the spouses they have chosen despite their “ethnic” surnames – in the countless small, compassionate interactions that distinguish a thriving civilization from a crumbling civilization – they have made deliberate decisions to reject the prejudices and assumptions of older generations.

“I think a lot has changed with my peers,” Aberdeen Livingstone, a young student at King’s College, a Christian liberal arts school in New York, told me. “There is this growing desire to engage politically but also a growing awareness of the dangers of tribalism. A lot of my friends are trying to get back to something that defines their values ​​other than politics.