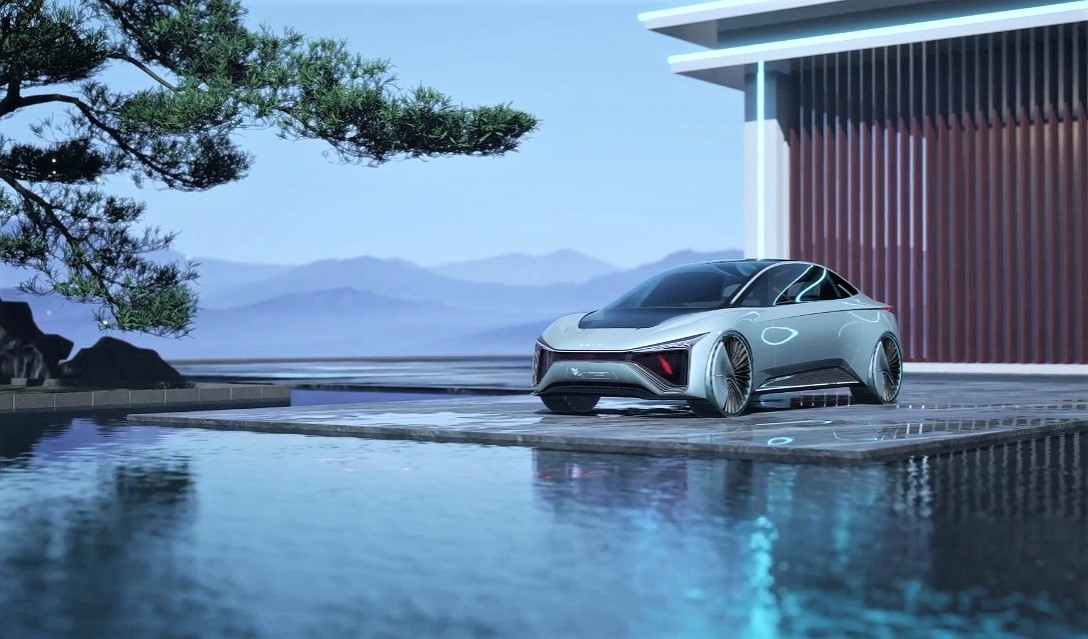 After a one-year hiatus, the first World’s Fair to be held in the Middle East opened to visitors on Friday October 1. Exhibitors from more than 190 countries present their latest creations and technologies, including SAIC Motor.

This is not the first time that the Chinese automaker has participated in the World Expo. In 2010, SAIC Motor presented its â€œDirect to 2030â€ plan, which envisioned a future without emissions, traffic accidents and traffic jams.

Today, the company is back with a new vision created by its Shanghai and London design teams. The name Kun represents a modern reinterpretation of a shapeshifter creature found in Chinese mythology. Kun was said to be a giant fish that lived in the North Sea, which transformed into a massive bird whose wings looked like colorful clouds in the sky when it flew.

This story has been adapted and taken on a futuristic twist. The intelligent mobility car imagined by SAIC Motors is capable of transforming itself into both an underwater vehicle and an airplane. This variable function allows the vehicle to adapt to new scenarios without being limited by space.

As a design study, the Kun presents a sports car body line. In addition, the vehicle is fitted with gullwing doors, reflecting the sporty character of the concept.

The exterior looks surprisingly like the Audi Aicon concept car, unveiled in 2017. The front is crisp, with extremely thin headlights. Large light fields are integrated in the middle of the closed air intake grille, which can display versatile graphics and animations in different colors.

Its taillights mirror the headlights, creating a kind of symmetry. The roof is completely covered with solar panels, which extend over the rear window to supply power to the vehicle.

Described as a bio-intelligent interactive machine, Kun incorporates technologies such as the interaction of holographic images and autonomous driving. Everything seems to be achieved through intelligent augmented reality inside the cockpit, giving passengers plenty of room to sit back and relax. The futuristic interior also includes a zero-G seat.

In addition to the Kun concept car, SAIC Motor MG and MAXUS own-brand vehicles will also be present outside the Chinese pavilion at the Dubai World Expo 2020. Visitors will be able to feast on the latest technology between October 1 and March 31, 2022.

The best fantasy movies you can watch on Netflix right now