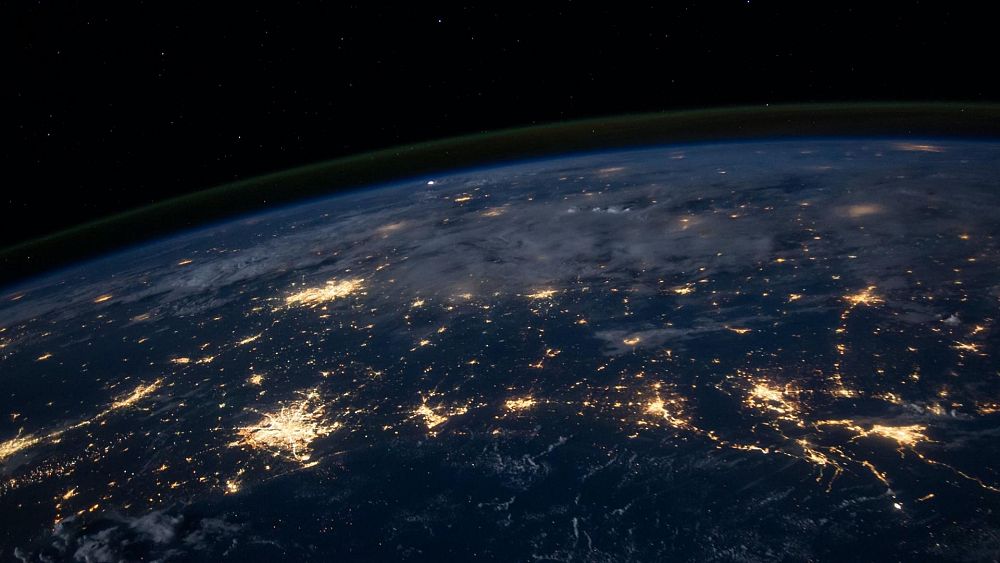 Forget the rooftop solar panels, power plants and wind turbines ravaging our landscape – space solar power might be closer to reality than we once thought.

According to researchers from Xidian University, testing and inspection have been completed on a new tower that could pave the way for space solar power in China.

This announcement means we are one step closer to a concept long seen as a potential key to solving the energy and climate crisis facing Earth.

Scientists conducted a successful test on June 5 that was – according to a statement released by the university – the “world’s first fully bonded and complete system solar power plant”.

In recent years, other countries have also set their sights on space solar power. In March, the UK government reportedly considered a £16 billion (€18.72 billion) proposal to build a solar power plant in space.

In the United States, a partnership of 100 million dollars (95.93 million euros) has been concluded to provide cutting-edge technology for their own space solar energy system.

Japan has also incorporated the field into its future vision for space exploration.

The company’s hope is that, in theory, satellites could continuously collect photons from the sun – converting energy into photovoltaic cells and wirelessly transmitting that electricity as microwaves to receivers on Earth.

Although it may seem like an adventure straight out of a science fiction novel, the concept of space solar power is not new, noted Dr. Jovana Radulovic, director of the school of mechanical engineering and of design from the University of Portsmouth.

“Engineers and scientists of the last century came up with these ideas,” she told Euronews Next.

The theory made its first appearance as early as the 1960s, proposed by Peter Glaser, an aerospace scientist and engineer who was also president of Power from Space Consultants.

In theory, a space solar power station placed in Earth orbit would be fruitful, because it is lit by the Sun 24 hours a day, allowing it to produce electricity continuously.

This gives the technology a significant advantage over solar power systems placed on Earth, which can only generate electricity during the day and are highly dependent on the weather.

As global energy consumption is expected to increase by almost 50% by 2050, this method of electricity generation could play a crucial role in meeting growing demand and tackling the climate crisis.

As promising as the technology may seem at first glance, this space-based solution to real-world problems also presents significant challenges.

The first, and arguably the most obvious, is the cost barrier. As mentioned above, nations have already invested hundreds of millions in space-based solar initiatives – and it’s for good reason.

Most systems are modular, which means that a number of solar modules are assembled by robots once in orbit. This type of assembly requires transporting all the elements in space, which is difficult and expensive, with an additional impact on the environment.

Another problem comes from the space constraint itself. To transport the energy, the electricity would have to be converted into microwaves before being sent back to the earth.

To do this, a huge antenna must be built on the surface to collect the microwaves and convert them back into electricity.

However, if the microwave signal strength is too high, it can damage objects and animals exposed to the beam.

It should also be mentioned that there would be at least a 10% energy loss due to conversion and re-conversion, which would make the energy source less efficient than it first appears .

Likewise, huge batteries would be needed to store solar energy on Earth, which is already a huge challenge for the terrestrial solar industry.

A valuable investment for the future?

It would be difficult to ensure that solar panels also survive in space. Their vulnerability to space debris means they would need constant maintenance and would also need to be radiation hardened unlike Earth.

All of these factors would significantly increase the cost of projects, calling into question whether space solar power is really worth it.

“That’s why we pay special attention to what Space X is doing,” Radulovic told Euronews Next.

“The idea of ​​being able to reuse the component by using the same rocket to launch things into space over and over again – that’s clearly very cost effective.”

“Unless we see a massive decrease in the cost of all the components needed to establish this solar-powered space station, it’s not going to happen as quickly as we think. This is something we need to focus on,” she added.

However, despite its challenges, this sci-fi method of power generation could be a valuable investment in our future.

“Sooner or later the technology will become more profitable because it will be researched more – when that happens we can talk about the potential for building [space-based solar technology]”said Radulovic, noting that at this moment we are “very far from this dream becoming a reality”.

As the current energy and climate crisis rages, it is clear that drastic measures must be taken to protect future generations and the planet. While the technology has its short-term pitfalls, the long-term benefits of space solar power are promising.

The technology is also a precursor for exciting research and development opportunities. In the future, we are likely to see this space technology (and similar) play an important role in the world’s energy supply.