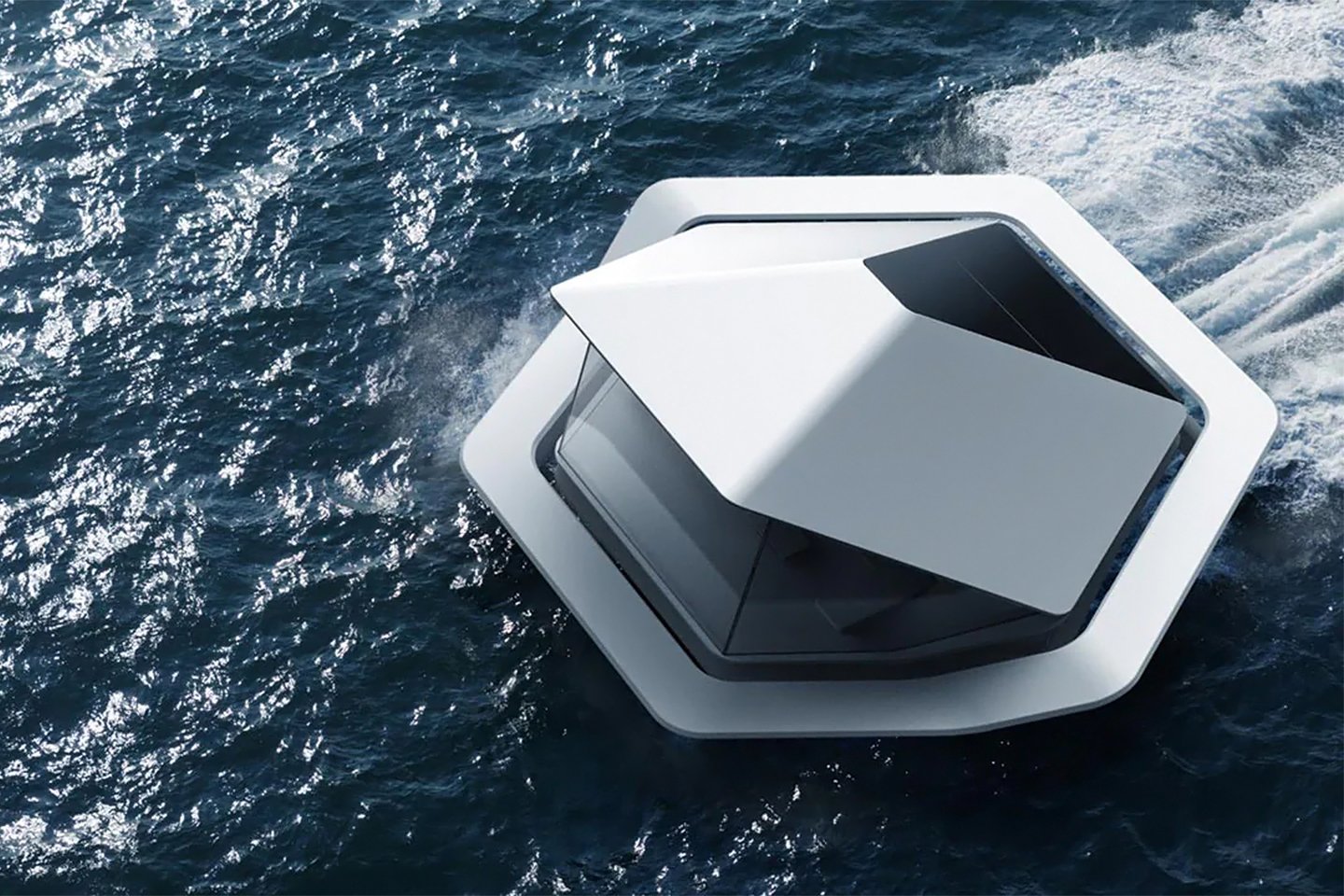 By 2050, it is said that there will be more â€œclimate refugeesâ€ who will have lost their homes due to the impact of climate change, as well as emigrants who have been forced to leave their countries due to political issues. It may also be that in the future people will live in floating mobile homes that drift across the oceans of the world. These groups of people could become like marine nomads, forming a unique ecosystem in which they coexist with the natural environment.

When people from a wide range of cultural spheres live on the ocean, how do people coexist with other people or with the environment? This design prototyping examines people’s lives at sea in 2050 and the ecosystem they create from a housing perspective.

People who live on the water inhabit floating mobile homes that can move freely on the sea, depending on the weather, the ebb and flow of the tides, and the time of day. They can move in search of food to a place where there is a school of fish, and they can also connect with houses in different â€œsea townsâ€ to interact with people of different cultures and values. People’s mobile lifestyles will make urban ecosystems more fluid.

Floating mobile homes are accommodations for use at sea, equipped with an engine with a cleaning filter, a sail and stabilizers in the living space. The variable roof can be folded up in a storm to avoid the wind and erected to use the wind as a source of energy when traveling. The two-story structure is divided into a public space above the water and a private underwater space.

The house uses solar panels for some of its materials and produces electricity used by residents. The electricity produced is stored in an energy reservoir containing water as thermal energy, which can be recovered as electricity when needed. For homes that need more electricity, an energy store can be independently connected to provide power.