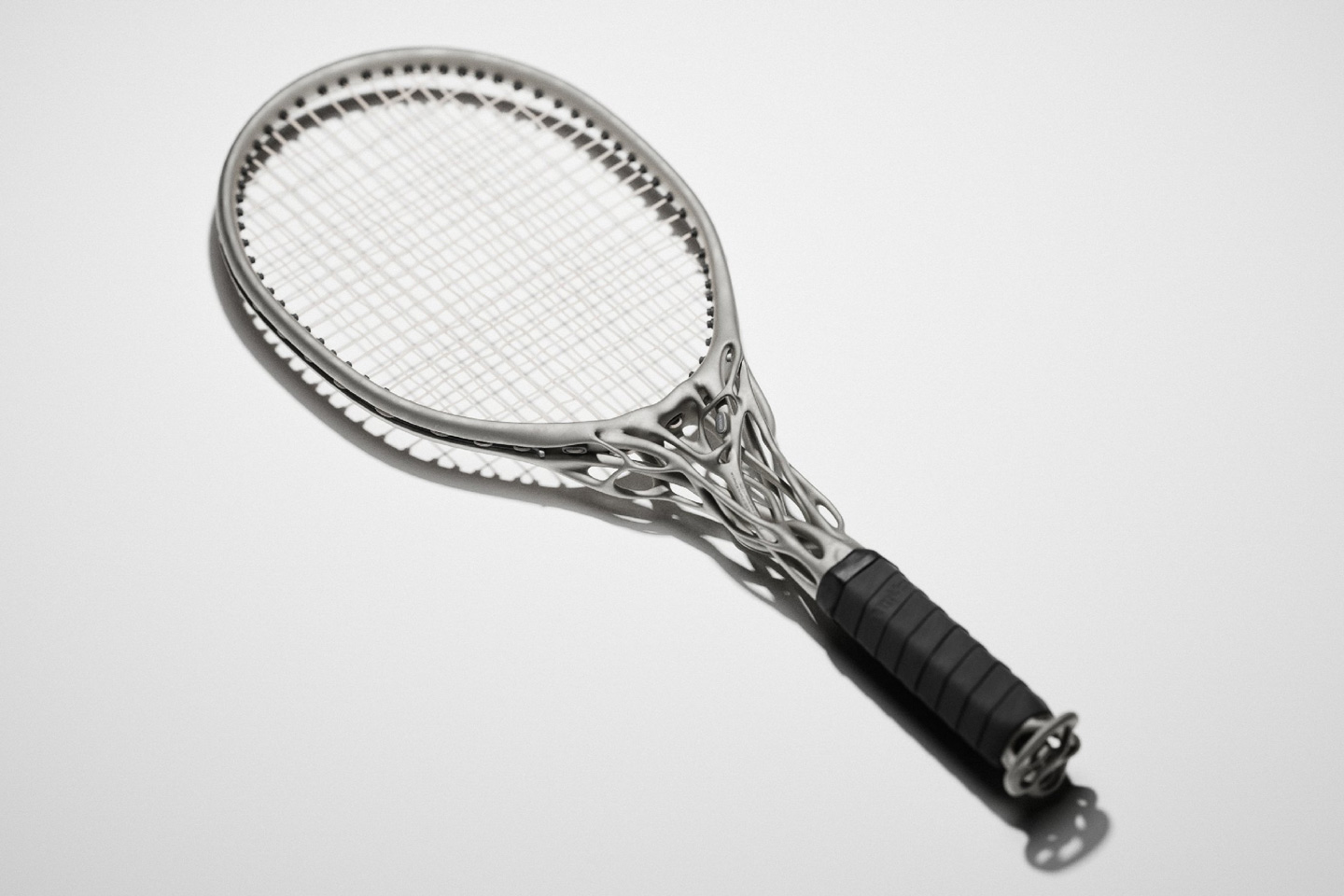 The futuristic tennis racket was designed by artificial intelligence to be lighter, stronger and more beautiful

Using a combination of DALL.E/Midjourney and generative algorithms, the All Design Lab team created the Hìtëkw – a modern take on the classic tennis racquet. Except that this modern version is not just an aesthetic overhaul… the redesigned racket is lighter but stronger, and is infinitely more beautiful!

“From the start of the project, we wanted to explore new opportunities. We wanted to create something exciting to tell a new story in this sport,” said the folks at All Design Lab. The recent rise of AI programs such as DALL·E and Midjourney have proven to be an interesting starting point. Rather than charting a user experience, browsing Pinterest, and creating moodboards, the designers decided to just ask AI text-to-image chatbots to reinvent tennis rackets in their own way. This fundamentally different approach took designers down a whole new path, introducing them to ideas and paths that would otherwise remain unexplored.

A look at the inspirational images of tennis racquets that DALL.E and Midjourney helped generate.

Interestingly enough, for All Design Lab, the images had one thing in common: they were all fairly identifiable as snowshoes. “What we learned from that is that even though these programs are extremely powerful, they’re only as powerful as the source material they have to sample. And with tennis racquets, the shape doesn’t really change that much. since its creation.AI has made them aware of a strong field of intervention: redesigning the silhouette of the racquet itself.

Needless to say, Hìtëkw is unlike any racquet you’ve ever seen. Its top and bottom are pretty standard, though what connects them in the middle almost looks like an organic series of alien branches/webs. It’s an interesting deviation from the Y-frame found on most racquets, but what sets it apart isn’t just its unique aesthetic, it’s also its functionality.

“Rackets have become lighter and more durable thanks to new materials and advanced manufacturing techniques”, mention the designers. “Yet the potential is still there to imagine an even lighter and stronger racquet that takes advantage of new design techniques, especially advanced CAD processes such as generative design tools.”

This generative approach resulted in a stronger frame while requiring less material, making it lighter in the process. It took several iterations for the team to arrive at a shape that was both aesthetic and functional. They used DALL.E as a starting point, but moved on to 3D iterations to create the branch-like generative structure you see here. The only caveat is that while most racquets are made using metal casting/casting techniques, the only way to truly make a Hìtëkw racquet is to 3D print metal. The reward for this painstaking process, however, is an increase in performance due to the racquet’s stronger and lighter design. “Potentially, in actual physical practice and testing, a racquet similar to Hìtëkw could introduce a new level of performance for players.”

MetaBlox announces its participation in Wireless