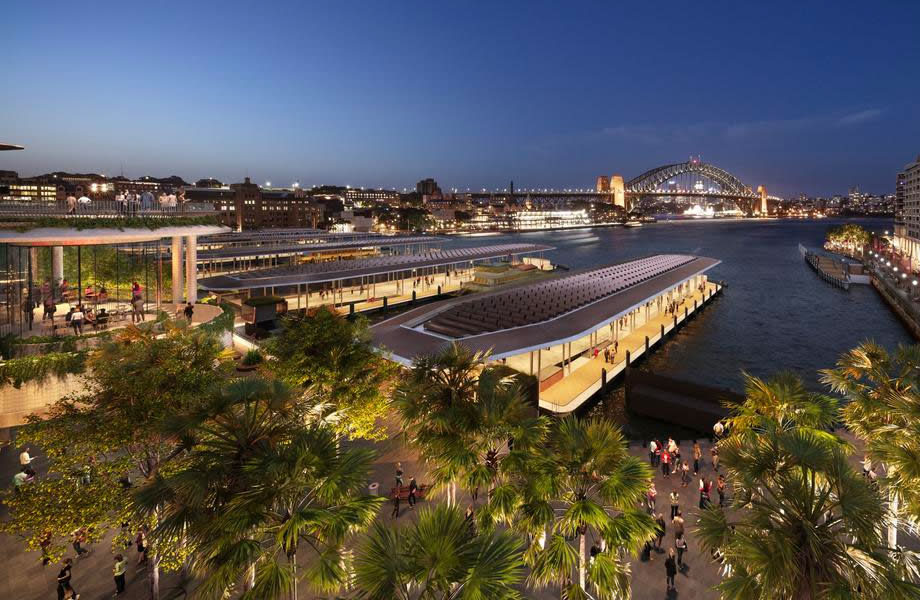 The NSW government has committed $200 million to the overhaul of Circular Quay in Sydney as part of its budget.

According to government plans contained in the budget, which will be tabled on June 21, the ferry docks and train station will undergo major upgrades and a section of the Cahill Freeway will become green space, similar to the High Line from New York.

The new tiered viewing platforms will give pedestrians a view of two of the country’s most photographed landmarks, the Sydney Harbor Bridge and the Sydney Opera House.

Sydney Mayor Clover Moore’s 2050 vision for the city was unveiled this month, including the demolition of the Cahill and its replacement with public realm.

But Towns Minister Rob Stokes resisted those plans, saying instead an overhaul would be undertaken with community consultation.

“For too long Circular Quay has failed to live up to its potential, but this plan will ensure Sydney has the gateway it deserves and better reflects the spectacular city we live in,” said Stokes.

Before the pandemic, Sydney averaged 15 million visitors a year, with Circular Quay being a major waterfront destination.

As part of the upgrades, new ferry docks will be built to provide a more comfortable experience and additional space for travelers to capture greater harbor views.

The station will also be renovated with improved entrances and signs as well as escalators and elevators.

As part of the Circular Quay concept plans, part of the Cahill Freeway will become a green public space, creating new viewing platforms.

It is inspired by New York’s High Line, a 1.5-mile-long elevated linear park, greenway, and rail trail created on a former New York Central Railroad spur on the west side of Manhattan.

▲ An investment decision on the long-awaited Circular Quay renewal project has just been unveiled.

“Although we can’t get rid of it at the moment, I’m delighted that we can improve it in the meantime and create one of the most beautiful walks in the world,” said Perrottet.

The highway was temporarily redeveloped this year as a pedestrian space to host a music and culture festival that will ring in 2022.

“This renewal would create a more vibrant space for visitors and locals to enjoy new places to eat, drink and shop,” Kean said.

“Our vision for Circular Quay would transform the world’s gateway to Australia and provide a truly unique experience, as visitor numbers to Sydney return to the 15 million we welcomed each year before Covid-19.”

The project is expected to create up to 1,000 jobs during construction.

The announcement follows a $60million proposal to build a 90km pathway winding around Sydney’s waterfront and linking the Opera House to Parramatta Park.

Changes to the highway will now likely be part of the new walking track.