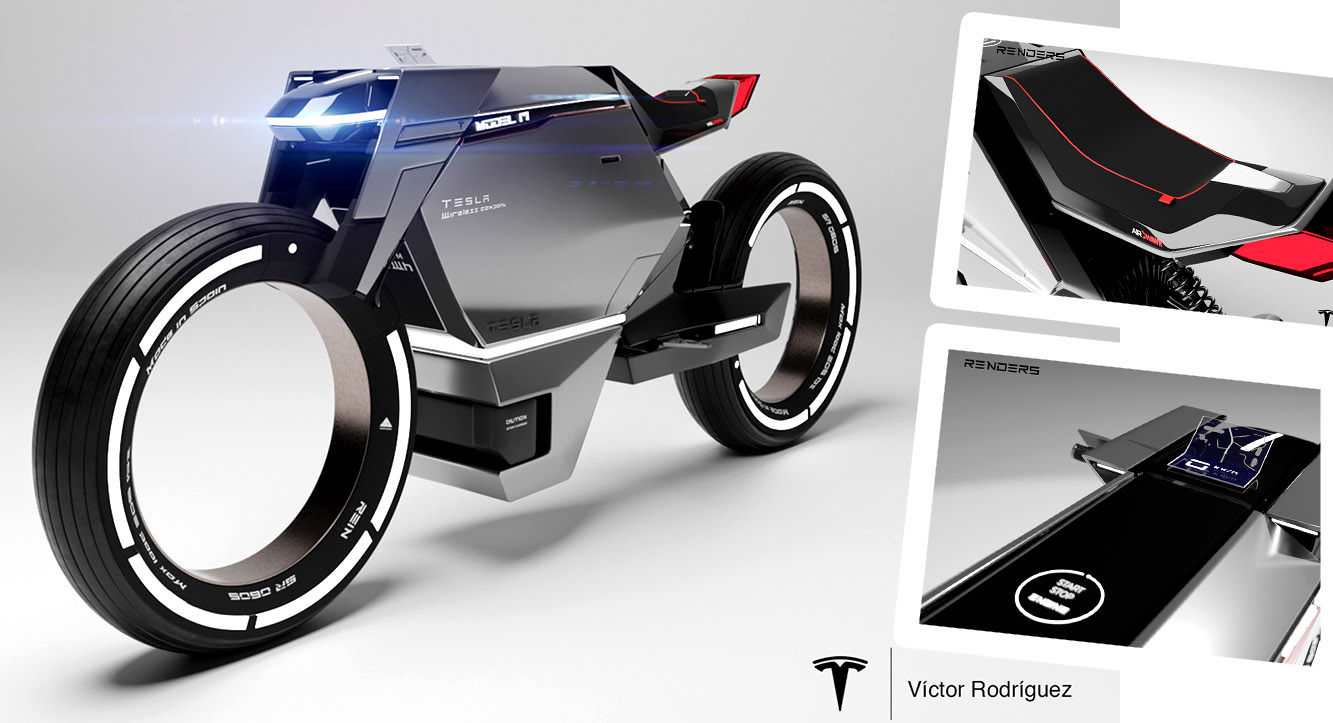 This is an independent design study by Victor Rodriguez Gomez and is not related to or endorsed by Tesla.

Very few concepts have shared public opinion like the Tesla Cybertruck. It’s bold, it’s indifferent to conventional design elements, and it’s proven to be inspiring. A design pro, Victor Rodriguez Gomez, has created something he calls the Model M, a Cybertruck-themed motorcycle for the future.

Rodriguez’s brief on the project is simple and straightforward. He states that “in the near future, the exponential increase in population coupled with a culture of mass consumption will mean the demand for multi-functional, efficient and environmentally friendly individual means of transport”.

The “Tesla Model M” could certainly serve this purpose if it were ever produced. Design sketches indicate that the electric motor would sit very low in the chassis with the battery just above it. The hubless wheels make it very clear that you are not looking at an ordinary bicycle.

Read more: Hobbyist builds his own Wannabe Cybertruck out of a Prius C and takes it for a dusty ride

Folding handles give the bike a super slick look and nod to the storage handles found on every Tesla in the current lineup. The rear light also serves as a clear indication of the bike’s name as it forms a bright red M.

Rodriguez also has a clever way of making the Model M much more than just a daily commuter. Much of the bike is designed to be removable storage space that doubles as a backpack. It also houses the on/off button, so it acts as an anti-theft device when removed.

While a project as bold and daring as Project M could end up being nothing more than a whimsical design exercise, it’s important to note that it could end up being more. While we haven’t seen anything public come out of it yet, Tesla itself has trademarked the term Cyberpack. It’s notable because another Tesla fan had previously created a backpack that mimics some of the Cybertruck styling cues.

Even if this bike never makes it to production, it’s a great indication of the real influence of Cybertruck and Tesla as a whole. Regardless of how you personally view the company, it is clear that it impacts many people.