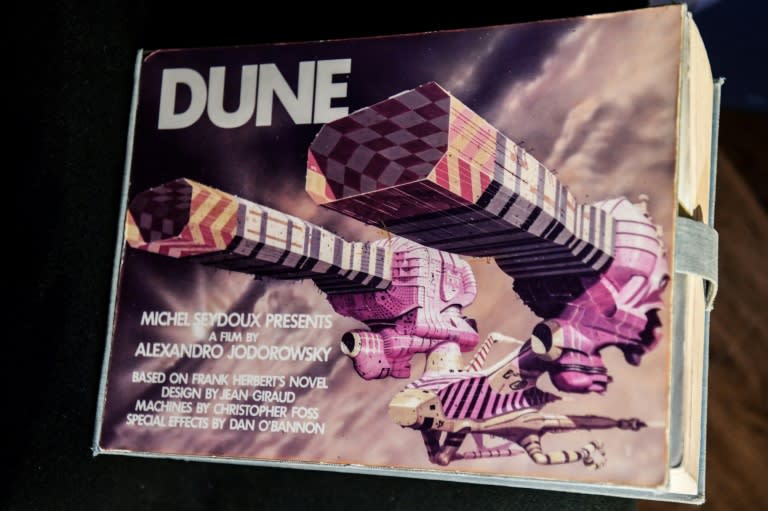 The storyboards of the film ‘Dune’ sentenced to auction

It entered cinematic folklore as one of the great missed opportunities: the doomed 1970s adaptation of “Dune” which was to bring together Salvador Dali, Mick Jagger and Pink Floyd.

The project fell apart after four years of work by cult Franco-Chilean director Alejandro Jodorowsky, but now his storyboards are up for auction in Paris on Monday.

They are collected in a large notebook and were made by the famous French graphic novelist Moebius (aka Jean Giraud, who died in 2012) and the Swiss illustrator Giger, who then designed “Alien” in 1979 and died in 2014.

The tumultuous project was to include surrealist Dali, Rolling Stones frontman Jagger, actor-director Orson Welles and big-screen legend Gloria Swanson in the cast, with Pink Floyd among the groups approached for the soundtrack.

It collapsed for lack of funding – a story told in the 2013 documentary “Jodorowsky’s Dune”.

Imagined by author Frank Herbert, “Dune” was first published in 1965 and has grown into a six-volume space opera of massive influence, notably on “Star Wars”.

Following the resounding success of the latter, Hollywood became interested again in “Dune” in the early 1980s.

This led to the version of David Lynch, released in 1984 with a cast including British musician Sting and Patrick Stewart from “Star Trek: Next Generation”, which had its own issues and became one of the biggest flops of the decade.

“We know of several other copies: one was auctioned several years ago, another is in Jodorowsky’s possession … A third has been partially reproduced online,” said Christie’s.

He said around 10 to 20 copies had been produced, although it was difficult to be sure.