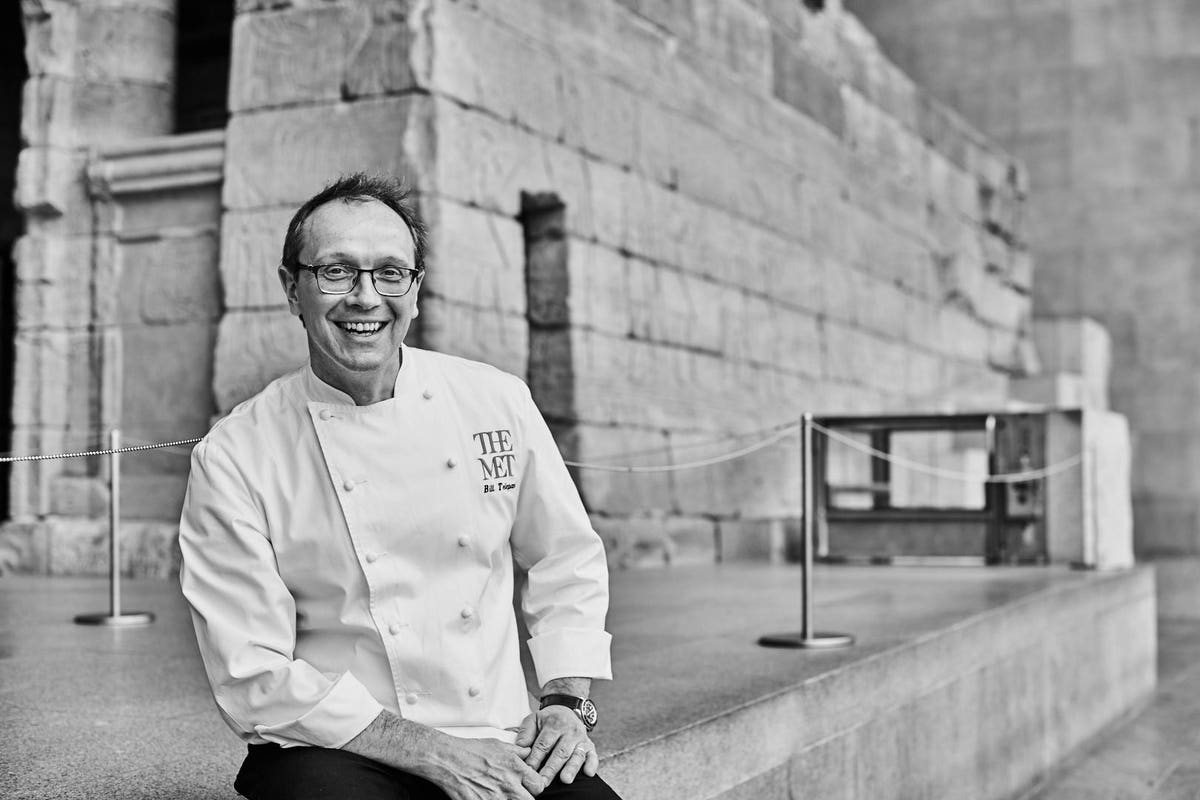 Wondering where all the chefs have gone? During the pandemic in New York City alone, thousands of restaurants closed and many industry workers were forced to reinvent themselves. It turns out that three of our favorite chefs now oversee the culinary offerings of three iconic New York cultural institutions.

Bill Telepan at the Metropolitan Museum of Art

“We made a lobster roll for the American wing,” Chief Bill Telepan said, standing in front of a marble Roman statue of a wounded warrior, circa AD 138-181. It took me a second to figure out what he meant.

When we last met, he was surrounded by pots and pans in the kitchen of Oceana, the downtown seafood mecca he ran after the closure of Telepan, his beloved Upper Bistro. Westside. Today, as culinary director of the Metropolitan Museum of Art (and employee of Bon Appétit Management Company), he runs several kitchens and dining rooms.

It’s a new kind of adventure for Bill Telepan, who since 2008 has remained the executive chef of Wellness in the Schools, fighting for school children’s access to healthier meals nationwide.

I had been on museum tours before, but this one took me down a different path! From staff cafeterias to the bustling restaurant and members’ balcony lounge, we’ve navigated the Met’s culinary maze.

“When do we get the eggplant sandwich?” asked a staff member, as we strolled through one of the staff cafeterias. Our food choices can support the environment, boasted a large sign, while another described a recipe for pumpkin soup. In the corridor between the kitchens, another sign warns Give in to art in transitbut it’s unclear whether the art refers to a painting or a platter of chocolate pecan cookies the chef adapted from his mother’s recipe.

At the Eatery, museum visitors can choose from classic American fare or dishes inspired by current exhibits. For the opening of Before Yesterday We Could Fly: An Afrofuturist Period Room, Telepan consulted culinary historian Jessica B. Harris whose book, High on the pork was made into a Netflix documentary last year.

This summer, the members-only Balcony Lounge will be completely revamped, with a new menu including a raw bar and deli terrace.

Whether you remember Chef Campbell from Vince & Eddies, Avenue or SQC, you’ll be happy to know that as Executive Chef, employed by the Patina Group, he now oversees the entire Metropolitan Opera kitchen. That means it’s time to choose your favorite opera and reserve a table at the Grand Tier Restaurant, head to Lincoln Center in the late afternoon (doors open two hours before performances) and get ready to go. you for the ultimate New York experience. .

Climb the curved double staircase, turn to the magnificent wall of windows and sit at your table, under the watchful eye of the imposing 30-by-36-foot mural by Marc Chagall, The source of the music. Soon, Chef Campbell appears, greeting the regulars and discussing the casting of Puccini’s Madama Butterfly.

Music lover and longtime New York Philharmonic subscriber, Campbell kept the classics, beef tenderloin and seared salmon on the menu, but brought in some of his seasonal New American dishes, like a delicious soup with apples and butternut squash. Everything except the bread is made on site. During gala evenings, he lets the musical theme influence the choice of dishes.

Campbell knew pre-theater timing, of course, but at the Grand Tier he seems to be playing the role of an orchestra conductor, guiding diners through an impeccable beat. As soon as the bell rings, we head out into the lobby, leaving coats on our chairs. It’s a mad rush, at intermission, to rush back to the dining room where our desserts and coffees are waiting for us!

Christopher Engel at the Neue Galerie

For twenty years, Ronald Lauder’s Neue Galerie has offered locals and travelers an artistic time capsule of German and Austrian art and design between 1890 and 1940.

At Café Sabarsky, named after the late co-founder of the museum, the decor clearly evokes Vienna at the turn of the century. Lunch is very busy with lines stretching outside the building, but it’s another typical New York experience to dine here, around the corner from 86and Street and Fifth Avenue, surrounded by lights by Josef Hoffman and furniture by Adolf Loos.

Chef Engel was born near Frankfurt, but you might remember him from Wallsé or Aureole. It kept the old menu but added its own twists to it.

“A schnitzel is a schnitzel,” he laughed, “but the best ingredients can make the difference.”

Ronald Lauder dines there often and remembers his mother’s Central European cuisine very well. The chef and co-founder discuss new specialties, often working together until both are satisfied. On a recent visit, I sampled an ethereal crepe topped with a smoked trout mousse and served with horseradish creme fraiche. Specialties included seared duck breast served with red cabbage and sole coated in a light almond cream sauce.

Pair them with the well-curated wine and spirits list, but be sure to leave room for sachertorte, apple strudel or perhaps a slice of Adele, the golden passion fruit cake. and coconut moss, and named, you guessed it, for Adele Bloch-Bauer whose portrait by Gustav Klimt was central to the film Woman in Gold, and hangs one floor above the Café.