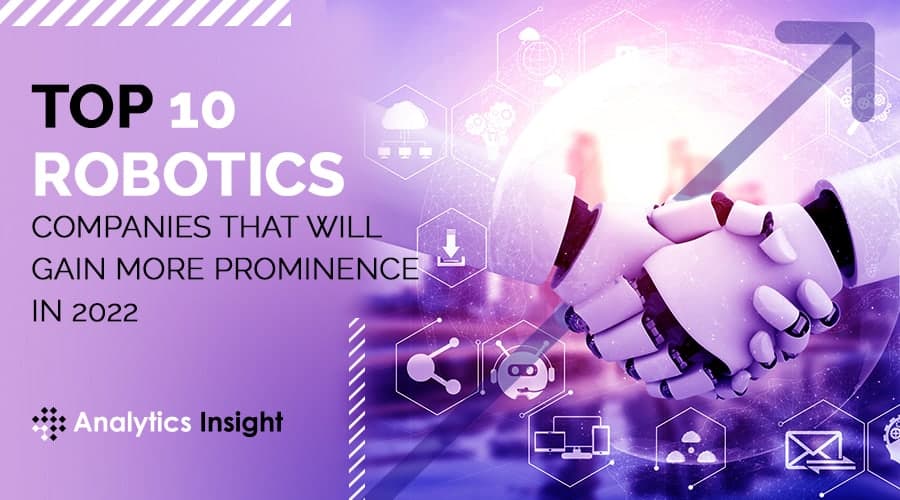 Robots and AI machines are taking over the world. They are increasingly prevalent in several sectors such as healthcare, manufacturing, automotive, education and defense. The fusion of engineering and science produces some truly innovative solutions ranging from Autonomous Mobile Robots (AMRs), codeless robotic solutions and assistive robots, to name a few. Robotics is already the driving force behind the flexibility and competitiveness of small and large companies. Without robotics, many of the world’s largest manufacturing and technology industries could not function. Big robotics companies allow other companies to become just as efficient. In this article, we’ve listed the top robotics companies that will gain prominence in 2022.

NVIDIA Corporation is a United States-based technology company specializing in the design and sale of interactive graphics for PCs, mobile devices, laptops, laptops, workstations, and more. The company designs graphics processing units for the gaming and professional markets, as well as system-on-chip (SoC) units for mobile computing and the automotive market. Its professional line of GPUs are used in workstations for applications in fields such as architecture, engineering and construction, automotive and manufacturing design.

Universal Robots has its roots in Denmark and works primarily for the automation industry. The company aims to make collaborative robots known as cobots. Universal Robots has introduced a whole new concept to combine the work of humans and robots for industrial work. They are considered to be the pioneers of robot-human collaboration to work together in the automation industries.

Boston Dynamics is an American robotic design and engineering company headquartered in Massachusetts. The company is best known for developing a series of highly mobile dynamic robots, including Stretch, Spot, Atlas and Handle. Boston Dynamics is home to DI-Guy, real-time human simulation and artificial intelligence software.

Recent technological innovations allow robots to take care of elderly patients more regularly, reduce the costs of care, increase patient satisfaction and compensate for the lack of social interaction and attention. Irish start-up Akara Robotics offers elderly care robot Stevie to live and work in retirement communities to complement the role of caregivers rather than replacing them.

Ubtech Robotics is a Chinese robotics company well known for creating intelligent humanoid robots. The company’s innovative creations serve the public, accelerate STEM education for children, and entertain homes. Ubtech has developed its global research in the areas of research, design, development and marketing to launch a comprehensive portfolio of world-class robots.

Zebra Technologies is one of the largest robotics companies in the world that offers retail robots called SmartSight. This automated system optimizes the customer’s retail experience and improves overall store performance by solving the most common issues in retail stores, such as incorrect prices and high labor costs. The company has more than 10,000 partners operating in more than 100 countries, to provide better visibility through its personalized and end-to-end solutions.

Voliro develops advanced flying robots to perform inspection and maintenance tasks in a safer, cost-effective and faster way than traditional methods. The company specializes in providing innovative drones with unique capabilities. It promotes the concept of omnidirectional aerial vehicles, where the position and orientation of the flying platform are independent.

Canvas Technology is a robotics company with a mission to provide end-to-end autonomous delivery of goods. The robots are well equipped with stereo cameras that allow full 3D viewing, which covers the entire area in front of the robot.

Black Friday Space Board Game Deals: Save Up To 66% On Space & Sci-Fi Board Games