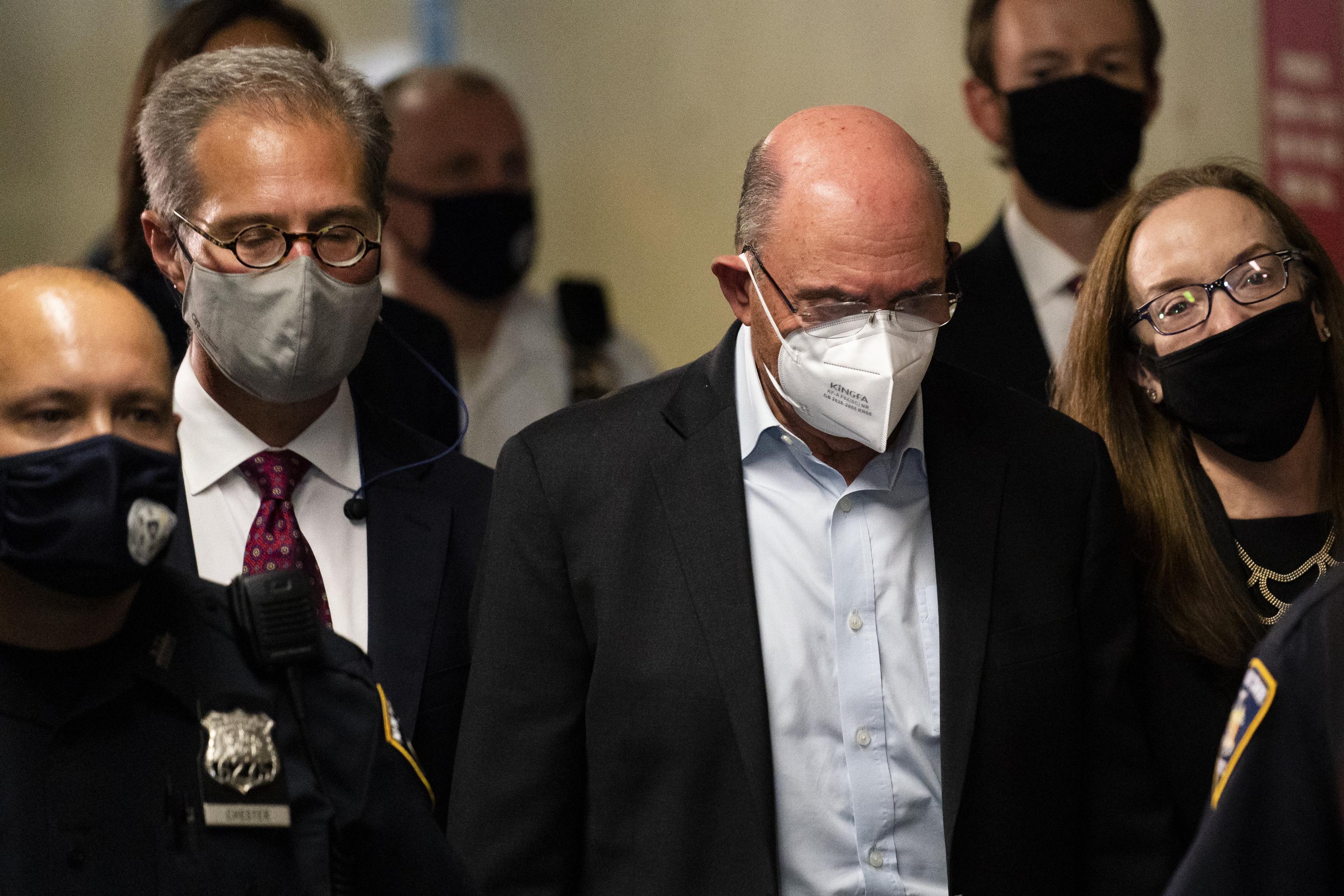 NEW YORK (AP) — The move by Donald Trump’s company to strip its top finance chief from several leadership positions less than two weeks after his criminal indictment suggests it is facing a tricky, new business environment as it seeks to reassure lenders and other business partners .

Allen Weisselberg, the top numbers man for Trump stretching back decades, has lost positions in companies overseeing a Scottish golf course, payroll operations and other businesses under the Trump Organization, according to government registry records. He retains his role as chief financial officer of the parent company.

The moves weren’t unexpected, but they mark a possible delicate stage in Trump’s legal fight with the Manhattan district attorney’s office and his efforts to protect his company. Companies will often push out indicted top executives to reestablish trust so they can continue to borrow and strike deals.

“This may all be part of them trying to look good to the outside world,” said Daniel R. Alonso, former chief assistant district attorney in the Manhattan district attorney’s office. “They have something to say when their business partners ask, ‘We saw these charges. What does it mean for your loan, your permits, your business contracts?’”

The decision to keep Weisselberg as CFO suggests the company is loathe to move forcefully to distance itself, said another former Manhattan prosecutor, possibly because Weisselberg is so valued given his deep experience, but also possibly due to fear that he could start cooperating with the district attorney in its wider investigation of the Trump Organization.

“They seem to be threading a needle,” said Daniel Horwitz, a white collar defense lawyer at McLaughlin and Stern. “They want to keep him close so so he doesn’t flip.”

The Trump Organization did not respond to a request for comment.

Weisselberg was removed as director at Trump International Golf Club Scotland Limited, a company tied to a Trump golf course in Aberdeen, Scotland, according to a UK government registry. He was also removed from several companies overseeing Trump’s holdings in Florida, according to state government filings, including as director of Trump Payroll Corp. and an entity tied to a Jupiter golf course.

The lost positions were earlier reported by the Wall Street Journal and the New York Times.

In the indictment on July 1, the Manhattan district attorney also charged the Trump Organization with fraud, alleging it helped Weisselberg cheat tax authorities by funneling more than $1.7 million in off-the-books perks and bonuses. Those included payments for Mercedes cars, private school tuition for his grandchildren, apartment rent, and apartment furnishings. Other unnamed employees also benefited from the alleged scheme, which prosecutors called “sweeping and audacious.”

Weisselberg and the Trump Organization both pleaded not guilty.

The indictment came at a time when the company’s hotels and resorts were already reeling from coronavirus shutdowns and a blowback from the bloody Jan. 6 storming of the US Capitol that Trump critics say was incited by the former president. Several business partners cut ties with the Trump Organization soon after the insurrection, including real estate brokers and lenders.

Given all the hits to the company lately, some wonder if Weisselberg could lose more of his positions, possibly even his title as CFO.

Former federal prosecutor Daniel Zelenko notes that companies have plenty of ways of keeping ex-employees happy, including offering generous severance packages and other benefits and agreeing to pay legal fees.

“This may be just a first part and they will remove him from the organization,” said Zelenko, a partner at law firm Crowell & Moring. “For a CFO to be dictated, it complicates things. This indictment has real business consequences.”

Lawyers for the Trump Organization accused the district attorney of using Weisselberg as “a pawn in a scorched-earth attempt to harm the former president.” It said the district attorney’s office and the IRS have never before brought criminal charges against a company over employee benefits.

For his part, Trump has depicted Weisselberg’s tax moves as standard practice in business and in no way a crime. Shortly after the indictment, he issued a statement blasting what he called a “political Witch Hunt by the Radical Left Democrats.” Trump wasn’t charged in the indictment.

This story has been corrected to show the former federal prosecutor’s last name is Zelenko, not Zalenko.