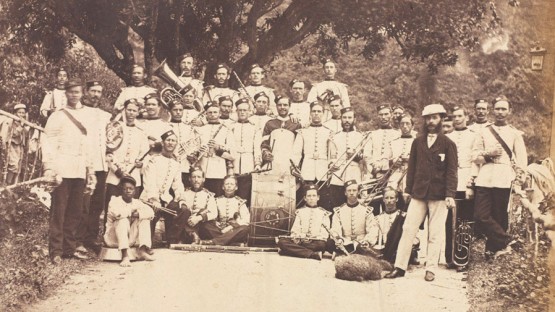 Charles Darwin raised the question of whether darker skin is correlated with immunity to certain diseases in his 1871 book “The Descent of Man”, an erroneous claim that reflected beliefs about the reality and fixity of race that were prevalent in the mid-19th century, according to new research from Cornell.

But only a few decades earlier, people didn’t think of race that way, according to Suman Seth, Marie Underhill Noll Professor of History of Science at the College of Arts and Sciences and an expert in the history of medicine, race. and colonialism. in the British Empire.

“In the 18th century, they didn’t think it was because of race that black people seemed immune to yellow fever to them,” Seth said. “They think it’s because people get used to certain climates.”

But by the middle of the 19th century, beliefs about race had changed, as Darwin’s book demonstrated. This is partly because medical statistics compiled and published by the British Army played an important role in introducing “race” as a categorical reality, claims Seth in his article “Race, Specificity, and Statistics in Victorian Medicine” published March 31 in the Oxford Journal of Victorian Culture.

The research is based on Seth’s analysis of Edmund Parkes’ “Manual of Practical Hygiene, Prepared Specially for Use in the Medical Service of the Army” (1864), a text which was to become standard in British military medicine for the decades to come.

Parkes’ handbook, which served as a guide for doctors responsible for the health of British troops stationed around the world, was based on massive sets of medical statistics collected from military surgeons since 1815 detailing illnesses, deaths and treatments. in military service. By 1835, 150 volumes of data from British military reports from regiments around the world had accumulated, writes Seth. That year, Lieutenant Alexander Tulloch was commissioned to produce a series of reports based on the data.

At the same time in history, the belief that race was a fixed concept was gaining ground. Consistent with mainstream thinking, Tulloch interpreted the data with race as a central category, Seth wrote. Tulloch drew conclusions about race from objective data, making race medically “real” in a form that had not been evident before.

For example, soldiers of African descent in the West Indies died at about half the rate (4% versus 7.5%) of their European counterparts, Seth said; where 18th-century accounts relied on information about regions to which people had been accustomed or “seasoned”, Tulloch only listed their race as the reason.

These claims about race were made through statistics, which at the time was a new science, Seth said. Medical statistics were a more subtle place to hide race-based claims of difference than the so-called “race science,” which historically asserted hard-wired racial differences based (incorrectly) on brain size, ability lung and other measures, Seth said.

“After the Tulloch reports, a lot more medical information – especially military medical information – was transmitted in statistical form,” Seth wrote. “One of the effects of this in terms of racial discourse has been that race has increasingly become a statistical fact, stripped of its larger medical context (to say nothing of cultural context).”

Tulloch’s “reports” were widely read and cited, and were responsible for sweeping changes in both policy and discourse, Seth wrote. The reports informed Parkes’ manual, as well as military policies that sought to ameliorate the conditions of white soldiers while banishing black soldiers to places and conditions “in which they died at rates deemed so unconscionable that their colleagues whites would never serve there”. again,” Seth wrote.

Kate Blackwood is a writer for the College of Arts and Sciences.