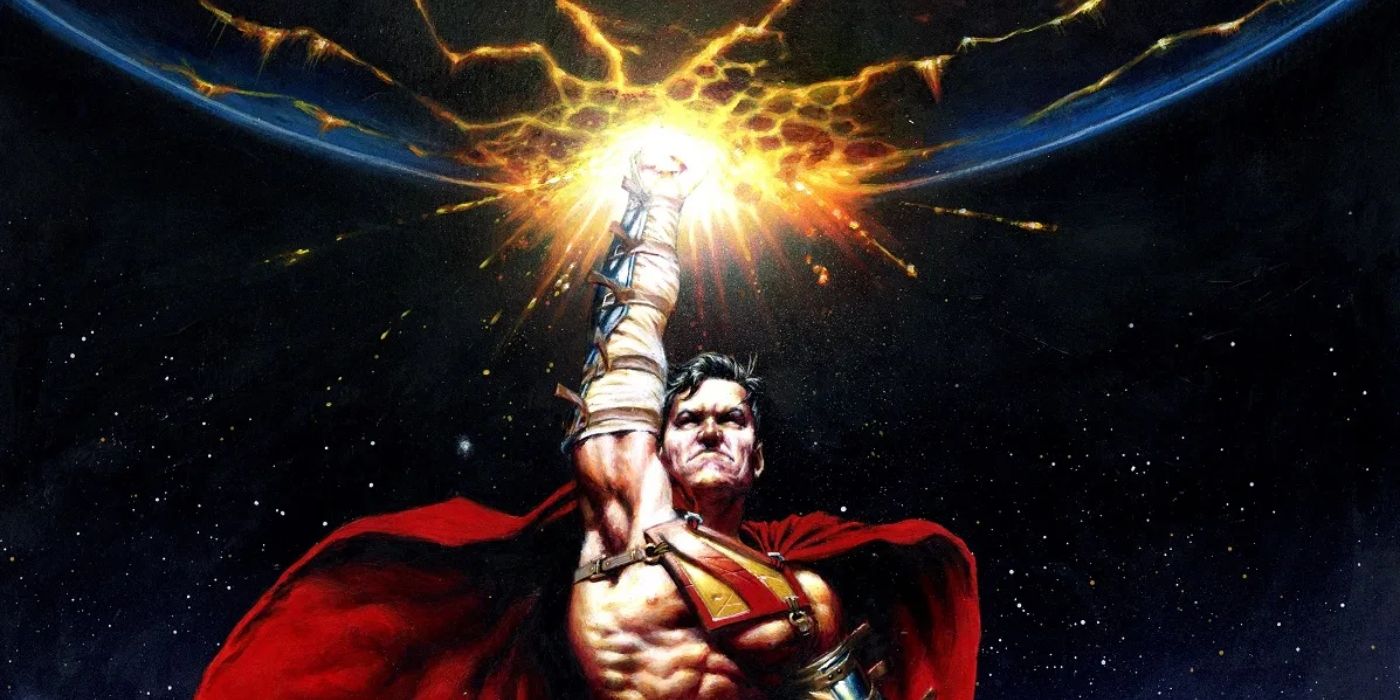 As Jon Kent serves as Superman on Earth in the modern DC Universe, his father has brought hope to the battered planet of Warworld. What followed was a unique pulp-inspired adventure for the Man of Steel, forcing Clark Kent to take up sword and shield in his fight to raise the peoples of Warworld into rebellion against Mongul. The story arc, which ends with Superman: World of War Apocalypse #1, has built a massive epic battle for the potential fate of more than Warworld, and it doesn’t disappoint.

Before the end of the story, Superman: World of War Apocalypse Writer Phillip Kennedy Johnson sat down with CBR to discuss the arc. He talked about how the Warworld epic has evolved over the course of history, which characters from the vast cast have surprised him the most, and how the Warworld arc highlights the ultimate thematic importance of the man of war. ‘steel.

RELATED: World’s Finest Proves It Doesn’t Always Have to Be About the Fate of the Multiverse

CBR: The Warworld arc was rooted in a lot of fantasy/sci-fi – stuff like John Carter of Mars and Flash Gordon, as opposed to more traditional superhero tropes. What got you most excited about bringing Superman into this kind of setting?

Phillip Kennedy Johnson: LOVE to see all the over-the-top pulp imagery from other beloved stories in the context of Superman. The John Carter and He-Man-inspired costumes, madmax and Dunes– inspired approach to villains and monsters, and the combination of cosmic magic and fourth world technology. We don’t often see Superman in this kind of pulpy context, but with his interplanetary origins and long history of fighting injustice on other worlds, there’s no reason not to.

I think the time we spent humanizing the character of Metropolis, exploring the cast and [the] inner workings of the Daily Planet, as well as that of Grant Morrison Superman and the Authority — which saw a somewhat depowered Superman and the creation of a new team — [all] prepare Superman well for a larger than life cosmic pulp adventure. Something like “The Warworld Saga” made perfect sense in the world for Superman’s next chapter.

Mongul works so well in this story, a true counterpoint to the innate optimism of the man of tomorrow with an unyielding and resolute brutality. Why was Mongul the right character for the story you wanted to tell?

As I perceive Superman as the “Champion of the Underdog”, I think Mongul is his most perfect antithesis. Redefining Warworld as a cage for the displaced populations of thousands of worlds and Mongul as their slaver makes him perfectly diametrically opposed to Superman. He is the perfect endpoint to an entire culture and belief system built around the concept of dominance, while Superman is the perfect expression of compassion and humility. I was incredibly excited to show a more complicated Mongul from this angle and see him go head-to-head with Superman, not just physically but ideologically.

It’s not just Superman at the heart of this story, but Superman’s extended family on Earth and allies of Warworld – which character would you say has surprised you the most throughout the series?

I’d like to say Midnighter, except it wasn’t really a surprise. I’m dying to show Midnighter’s “shadow mission” before The Authority even arrives at Warworld. I loved the idea of ​​Superman embarking on a clear-eyed “Truth and Justice” mission to change hearts and minds by the millions, while Midnighter simultaneously brings together the Shadow Rebellion, killing dudes left and right into the back alleys without Superman’s immediate knowledge. I love that idea, and I LOVE writing Midnighter, maybe more than anyone else on the team.

I think the characters that surprised me the most were Orphan and Darling. I find their story really tragic and interesting, and even though I never expected them to become allies of Superman and The Authority, in the end, that’s what made sense. I got quite attached to them. I really hope we get the chance to explore their future in action comics. I love the idea of ​​them living in the Fortress of Solitude for a while, playing a role similar to Harold’s in the 90s Batman comics.

A common thread in the story has been that everyone matters – from Superman and Mongul to dark heroes and ancient villains to average citizens and slaves. Why was it so important to explore these kinds of themes with this story?

The easy answer is because it’s Superman’s core belief and a theme you’ll hopefully see expressed in every issue of Superman I always write. I think it’s important to see that side of Superman in every issue. I even make it the tacit subtext of most of his dialogues, whenever it makes sense.

The reason it’s even more important in the Warworld saga is because he’s trying to free people who were screaming for his head when he got there, people he’s never had to face face if he had just minded his own business. Warworld is one of the hardest and longest tasks he has ever undertaken, a task that would never have been worth it if he didn’t feel to the bones that people without families, without house, nameless, people who hate him, etc. matter as much as the people he loves the most.

Superman just wanting to go home to his family is such a perfectly down-to-earth motivation for Clark in this arc. Why is it important to see Superman vulnerable, especially in this way?

With so many gigantic and epic sci-fi concepts at play in the Warworld saga, Superman having a family he’s trying to get back to is probably the most relevant piece of the story. That’s how anyone would feel in their situation. As focused as he is on the job he has taken on, the one thing he can’t help but think about is keeping his promise to his wife and son, his promise that he will always come back.

Her love for her family and her underlying sense of loss during her lost years with Jon are also what help her connect with the Phaelosian children Otho-Ra and Osul-Ra. When he first meets them, as he falls unconscious from the beatings he has just received, he has forgotten that Jon is now an adult, and Osul-Ra reminds him of Jon.

Even after Superman was fully conscious and recovering, having two near-Kryptonian children who were around the age Jon was supposed to have caused his parental side to go into overdrive, and they became unusually close at the course of the Warworld saga. This all stems from Superman’s desire to see his family again, and I can’t wait to see where those relationships go. Superman: The Return of Kal-El and beyond.

Was that still the ending you had in mind for the series, or were there other paths this story could have taken?

The main lines ended exactly where I expected, but there were a few surprises along the way. A character I wrote with the express intention of killing ended up surviving, and another character I intended to live is now dead. But for the most part, it all ended exactly as planned, and the Warworld saga sets us up well for our plans in 2023.

What do you hope readers take away from the conclusion of this run?

Since Superman represents the best of humanity, writing him carries a kind of responsibility that I try to remember and respect. The Superman I see in my mind is the one who inspires me in ways that are hard to put into words. I hope the Warworld Saga helps him establish a clear and consistent voice, that it helps readers see the Superman I see, and that he inspires others the same.

Beneath the epic mythology and sci-fi imagery, the Warworld saga is a story about human trafficking and the dangers of hero worship, at least from my perspective. But I was moved to hear from fans who took away other positive messages from it, messages that I didn’t necessarily intend but are perfectly valid. What I’m trying to say is that I hope readers get something out of it that makes sense to them and that they find moving or inspiring.