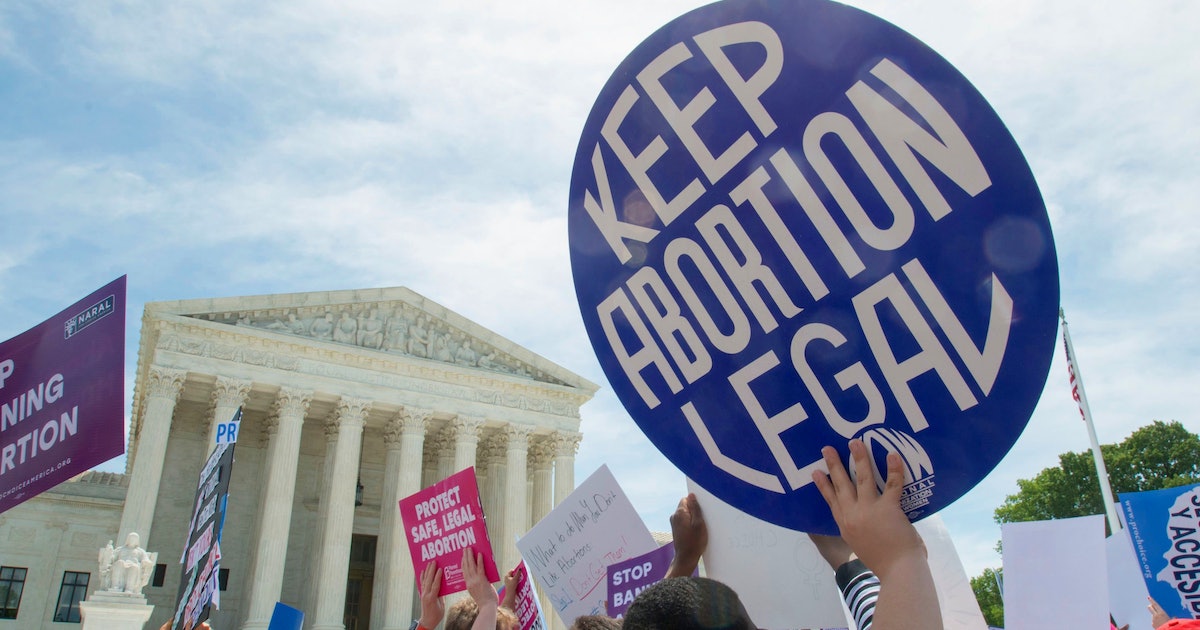 Why DC’s statehood is so important to abortion rights

In this op-ed, writer Steph Black explains why the fight to make Washington, DC a state is so important for reproductive rights.

Breathtaking 243 years after our founding fathers fought against taxation without representation, their dreams have yet to come true in the nation’s capital. The people who live in Washington, DC have never had representation in Congress, and given the political climate we find ourselves in, feminists across the country should be outraged.

I moved to the district four years ago when I was 18 to attend American University. Although I was initially there to study elementary education, I quickly changed my major to women’s, gender and sexuality studies after attending feminist gatherings. Watching pro-choice speakers rage against the injustices affecting women across the country, I discovered that my calling was to fight for reproductive freedom for all. It was my civic duty.

But for me, civic duty means effecting real change where you live, and I was still voting by mail in Massachusetts. I decided to register to vote in DC in the run up to the 2018 primaries, which means I lost the right to representation in Congress — and this lack of representation has a particularly detrimental effect on women. and non-binary people who live in the city. Having no congressman to represent us means that people we didn’t elect can make decisions about our reproductive freedom.

Congress approves DC’s budget, which is used for things like public transportation, affordable housing, and garbage collection. But remember that none of the people voting to approve the district budget were elected by its residents. What we have instead is a nonvoting delegate to the House of Representatives, the indomitable Eleanor Holmes Norton. While Norton can advocate for us with House members, she cannot vote. And as extreme bans on abortion sweep the nation, it’s crucial that DC enters the union as the 51st state so we can begin to make decisions about reproductive freedom for ourselves.

For starters, we have no say in whether or not our taxpayers’ money can help people who need or want abortions. The district has what’s called the Dornan Amendment, and like the Hyde Amendment, which prohibits any federal dollar from funding abortion, the Dornan Amendment prohibits any local DC dollar, including Medicaid, from offsetting the cost of abortions. According to Planned Parenthood, abortion procedures can cost anywhere from $350 to $950 in the first trimester, and they’re even more expensive during the second trimester. second trimester.

The Dornan amendment is a budget rider, which means that it is added to any budget voted by Congress. The amendment was deleted from the budget for the first years of the former the presidency of President Barack Obama, but in 2011, Obama essentially negotiated DC women’s rights. It was the year Obama made a deal with John Boehner, who was the Speaker of the House at the time, to add the Dornan Amendment to the district budget in exchange for Boehner passing funding. for title X, the federal family planning program.

For the first time in 25 years, feminists across the country can do something to help DC residents get the representation they deserve.

But DC’s women are not political pawns that can be bought and sold. No politician, including the president, should be able to sacrifice the freedoms of people who did not elect that person as our local representative. The fate of abortion access in the district should be in the hands of a local representative who specifically understands DC.

The District of Columbia is also home to a “maternity care desert,” an area of ​​the city that has no services for pregnant and postpartum women. Add to that a lack of access to comprehensive and affordable abortion care, and some people in the district are forced to give birth in extremely dangerous conditions. It’s a particularly grim prospect, given that the district has the highest maternal mortality rate in the country. According to the United Health Foundation, 41 women died for every 100,000 live births in Washington, DC in 2016 (75% of those deaths were black women). This is double the national maternal mortality rate, and much higher than the rates from our neighboring states of Virginia and Maryland.

He is bananas that there are people in this country who have no one in Congress to represent them. I’m kept awake at night thinking about women, like me, who lack basic political control over their lives. This is unacceptable.

But finally, for the first time in 25 years, feminists across the country can do something to help people in the district get the representation they deserve. On Thursday there will be a public hearing held by the House Committee on Oversight and Reform on whether to make Washington, DC the 51st state. With Democrats finally in control of the House, we need people across the country to call their representatives and tell them to support DC statehood. You can call (202-225-3121) and ask the operator to direct you to your representative’s office.

As a young feminist, my future in the city depends on statehood, as does the future of the over 300,000 women who live here. Statehood is more important than mere representation. It is about the rights of all, and the safety and well-being of all women and non-binary people. We must finally complete the work begun more than two centuries ago, and work to ensure that everyone is truly represented. Let’s make DC the 51st state.