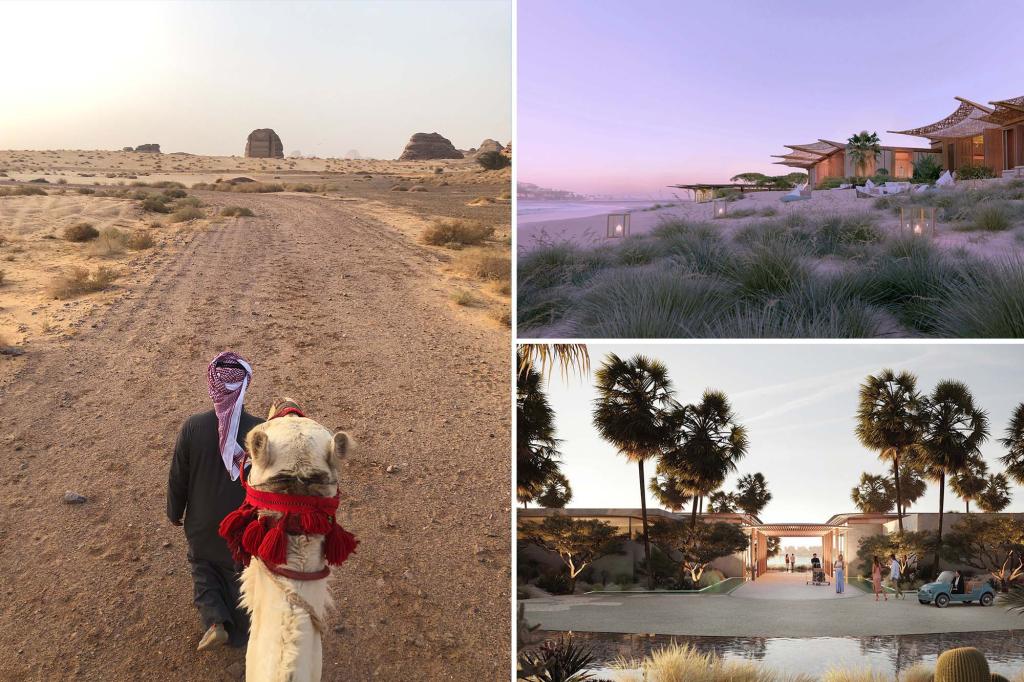 President Biden is not the only one visiting Saudi Arabia – he is followed by swarms of tourists.

But you’ll be forgiven for not having booked the Desert Kingdom yet for your next vacation. The murder of Jamal Ahmad Khashoggi in 2018, and a lifetime of draconian religious policing that kept women almost housebound, meant that Theocratic Arabia was not an acceptable destination for all but non-Muslim adventurers. more intrepid.

In fact, Saudi Arabia didn’t even offer tourist visas until September 2019, when the Gulf nation announced that visitors from 49 countries could enter for just $117 at the airport. Months later, COVID hit – eclipsing what would otherwise have been a chilling announcement for intrepid travellers.

Around the same time, Saudi Arabia quietly neutralized the powers of its tyrannical religious police, notorious for harassing women, stifling free speech and hiding to ensure no one ever had fun. Without further ado, women started driving, movie theaters opened, music could be heard in public, and headscarves were removed for the first time.

In 2019, a huge music festival, dubbed the MDLBeast, debuted. Thousands of 20-somethings from around the world arrived dressed in rave gear for a Miami Ultra-inspired line-up (think Armin van Buuren, David Guetta, Deadmau5, Tiësto and Steve Aoki) at a venue which looks like Burning Man. In the same year, Mariah Carey became the first to perform for a mixed audience in Arabia.

The welcome liberalization of Saudi society is just one element of a $1 trillion push to build a global tourism economy and make the oil-dependent nation the playground of the world. Crown Prince Mohammed bin Salman hopes to attract some 100 million visitors by 2030 (in 2019 he attracted just 17.5 million international visitors, according to the World Tourism Organization), which would make Saudi Arabia one of the most visited countries in the world.

Attracting more tourists than most European countries to what remains a sober, authoritarian and sometimes confusing place seems like a stretch, but the infrastructure that will eventually turn Saudi Arabia into a dozen Dubais is almost there. Love or hate Saudi Arabia, soon you won’t be able to ignore it.

More importantly, the first phase of the $50.6 billion Diriyah Gate development in Riyadh will begin this fall.

Saudi Arabia plans to nearly double the population of its capital by 2030 (including adding millions of expatriates). This 370-acre project – about 13 times the size of Hudson Yards – will be the cornerstone of this effort, attracting around 25 million visitors a year.

Led by New York hotelier extraordinaire and Martin Scorsese lookalike, Jerry Inzerillo, the project is a city within a city that will include dozens of hotels, tens of thousands of new apartments, a university, subways, an opera house, four Michelin-starred restaurants, countless palm trees and a sprawling shopping district inspired by the Champs-Élysées – all completed by 2026. The first phase opens this fall around the site’s restored ruins UNESCO World Heritage Site, At-Turaif – the original home of the Saudi royal family and the country’s first capital until it was sacked by the Ottomans in 1818.

Inzerillo — known for building the One&Only and Atlantis Resorts brand, as well as opening iconic hotels like the Delano in Miami Beach — isn’t the only New York chunk to have landed in the unlikely Riyadh.

The sprawling city is finally attracting hotspots like Cipriani (where the butler sports a New York accent) and two David Burke restaurants, at an upcoming 23-story, glass-paneled Nobu Hotel opening next year. The Four Seasons hotel in the city’s iconic bottle opener-shaped Kingdom Tower has long been the best in town, but next year it will rival a St. Regis, a swanky JW Marriott, a luxury brand Mansard from Fairmont and Radisson.

Just as many luxury hotels familiar to jetset Manhattanites are opening outside of Riyadh.

The eco-focused Red Sea project will bring 16 new hotels to an 11,000 square mile resort archipelago in the coming years, with a new airport opening in early 2023. Grand Hyatt Hotel on Shaura Island ( center of the project, which will eventually include a marina and 18-hole championship golf course), a nature-focused Foster + Partners-designed Raffles resort, as well as a St. Regis and EDITION resort.

In the desert, along the old frankincense trade route, Six Senses is opening its Southern Dunes resort in 2023. The 73-key boutique resort is also designed by Foster + Partners.

In the seaside city of Jeddah – where Justin Bieber performed last year and where an annual Formula 1 race fills the city with celebrities like A$AP Rocky, Will.i.am and Gordon Ramsay – 9,000 new rooms luxury hotels are on the way. Most notably, a new Shangri-La opened in February.

Meanwhile, four flights a day now operate between Dubai and the historic town of Al-‘Ula, which is likely to be the real hub of the Saudi tourism push.

A larger-scale archaeological and UNESCO site several times larger than Petra in Jordan, Al-‘Ula presents itself with dozens of ancient Nabataean tombs carved into the sandstone in a huge desert canyon nearly 200 miles north of Medina . Stunningly beautiful and totally uncommercialized, Al-‘Ula is being transformed into Saudi Arabia’s wellness capital and the “Eat, Pray, Love” ensemble is already flocking to do yoga under ancient sandstone monoliths. The Habitas and Banyan Tree hotels will open there in October.

Concerts with singers like Enrique Iglesias in the Maraya – the tallest mirrored building in the world, which seems to disappear into the evocative mountain landscape – and celebrity-filled events like this year’s Dolce & Gabbana fashion show have made d ‘Al-‘Ula the first place every new visitor should see in what remains a very under-construction Saudi Arabia.

However, despite what appears to be a drive to attract an array of luxury hostels, Saudi Arabia won’t be a top check-in choice for Mr. and Mrs. America for some time to come. The specter of geopolitics and a deluge of negative headlines watch over it.

But that doesn’t worry hotel investors.

“Saudi Arabia has a secret weapon when it comes to tourism,” a Saudi insider who asked to remain anonymous told The Post. “There are nearly 2 billion Muslims in the world and all of them have a religious obligation to visit Mecca. All the kingdom has to do is turn on the tap and let the people flow.