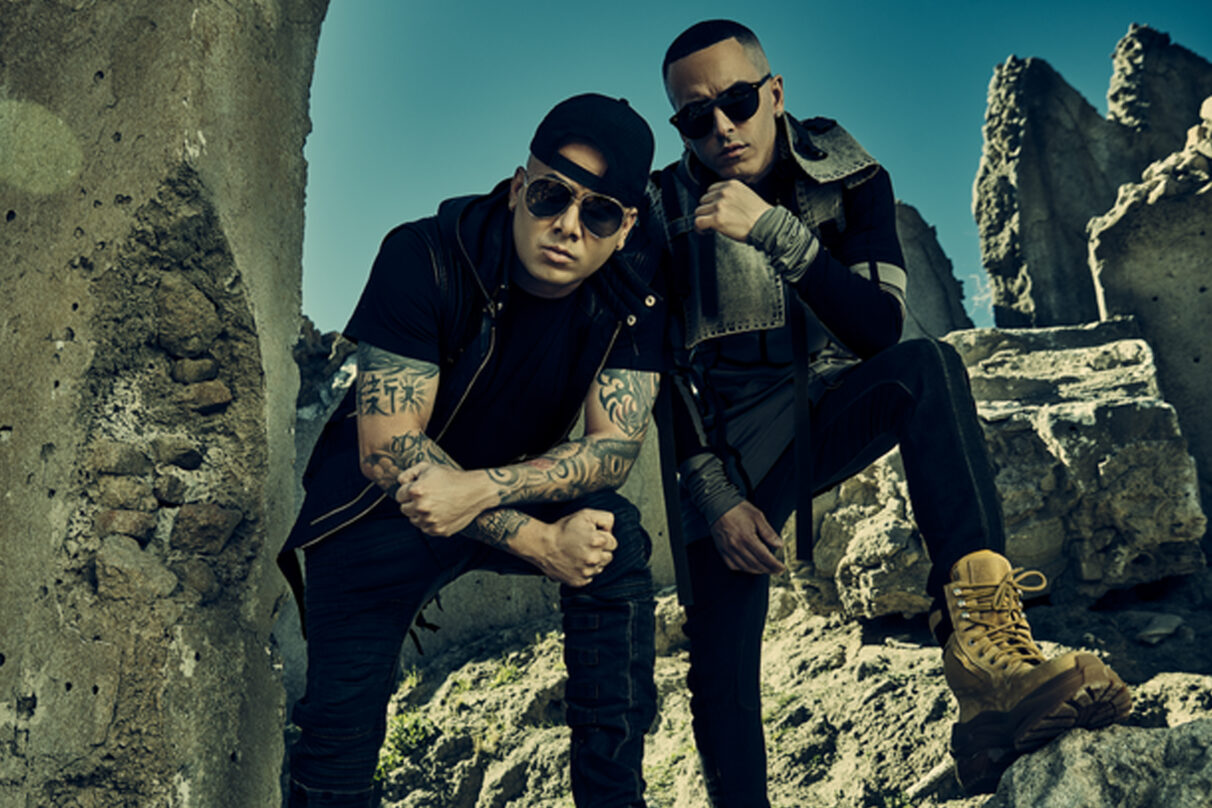 On October 25, Wisin y Yandel teamed up with Rauw Alejandro on their latest music video, “Vapor”. The track produced by Tainy is part of the latest album by el duo de la historia The Ultimate Mission – and let’s just say it’s one of the most fiery tracks on the album.

The sci-fi video was directed by Marlon Peña. It features a dystopian setting filled with neon signs and cutting-edge technology. The music video follows the three singers – who were previously shown and labeled as “wanted” – in a state-of-the-art bar. The crowd is sweaty and full of steam, aptly portraying the title of the reggaeton song. The bar ends up being raided by cops – but not before Wisin, Yandel, and Rauw notice and exit the building.

It seems to be one of the album’s fan favorites – the song’s audio even garnered more than 1.2 million views on YouTube. With that in mind, social media users across all platforms are raving about the catchy song. A Twitter user wrote: “This song “Vapor” by Rauw Alejandro and Wisin y Yandel is a PALAZO.” Another Twitter user wrote: “Vapor by Wisin & Yandel with Rauw Alejandro is in my top 3 of my favorites from the album La Última Misión 🥵💨🔥.”

Vapor by Wisin & Yandel with Rauw Alejandro is in my top 3 of my favorites from the album La Última Misión 🥵💨🔥.

It was an exciting year for both artists. Wisin y Yandel are currently performing their La Última Misión tour dates which will run until December 31. On the other hand, Rauw Alejandro recently released his song “PUNTO 40” with Baby Rasta. He also recently performed alongside Bad Bunny on his hottest tour in the world and should release an album soon.